by jeanice wrona
in COVID-19
Reading Time: 6 mins read
A A
465
SHARES
1.8k
VIEWS
Share on FacebookShare on Twitter
Residents line up for a Covid-19 test in Beijing on Friday. Chinese authorities are ring-fencing the city against growing outbreaks, seeking to protect the capital as it gears up to host top political leaders next week and the Winter Olympics in less than 100 days. (Bloomberg Photo)

China is resolutely sticking with its zero-tolerance approach to Covid-19, even as the Delta variant continues to penetrate its formidable defences.

Officials are implementing increasingly aggressive measures — ranging from internal travel restrictions and snap lockdowns to mass testing of millions — in an attempt to rein in the coronavirus.

Yet more parts of the country are grappling with outbreaks than at any time since the deadly pathogen first emerged in Wuhan in late 2019. Hundreds of locally transmitted infections have been found in about two-thirds of its provinces.

The last of the major Covid Zero holdouts, China is becoming ever more isolated, and its unpredictable curbs are beginning to disrupt the world’s second-largest economy. How long can the vast nation maintain its strategy as the rest of the world learns to live with Covid, and what factors might force the country to reopen?

“My personal estimate is China won’t reopen for another year,” said Chen Zhengming, an epidemiology professor at the University of Oxford.

The country’s success with suppressing flareups has won public approval, he pointed out, while places treating the virus as endemic are seeing “what the government fears — once you relax, cases surge”.

“China’s vaccination rate is very high, but most are vaccinated with an inactivated shot” that is less effective than an mRNA inoculation. “Without adequate coverage of boosters and a significant change in outbreaks elsewhere, I think the chance of China reopening and giving up Covid Zero is small,” he said.

Otherwise, the Communist Party is “not going to change unless it gets to a situation where they can’t control [the virus] any more”.

One way out of Covid Zero may be to “pick a few places to start experimenting with controllable risks,” he said. Testing what happens once extreme measures are abandoned “will give people tremendous confidence,” he said.

But even if the government opts to stay isolated for another three or four years, “China is such a big country, it could sustain itself still pretty well internally,” he said.

Another reason to hold off on reopening is the health system, according to Jason Wang, director of Stanford University’s Center for Policy, Outcomes and Prevention. “It’s already difficult to get care in many cities,” he said. “A little bit of a surge could just really overwhelm hospital capacity and that could lead to social unrest.”

“It’s difficult to predict how long” Covid Zero will last, he added. “It could last a long time.”

Yanzhong Huang, a senior fellow for global health at the New York-based Council on Foreign Relations, expects no change until after the 20th Party Congress in late 2022 at the earliest. “The Chinese government doesn’t allow and couldn’t afford any risks before that.”

A shift in the state media’s tone may signal that a government pivot is coming, he added. As long as reporting remains so critical of infection numbers in more open countries, “it’s very unlikely they could win the trust of their people when changing the policy abruptly”.

However a winter surge in cases could still force the government into a rethink within weeks, said Peter Collignon, an infectious disease physician and professor at the Australian National University Medical School.

“That’ll be about the time — January, probably — when they think, well, we’ve got a lot of cases here and we’re just going to have to live with Covid and control it as best as we can,” he said. New Zealand, Australia and Singapore “have taken very much the Chinese approach” to the virus, he added, but “it actually has spread during their winter periods.”

“It would be a major shock if the party were to relent ahead of the Winter Olympics and next year’s 20th party congress,” said George Magnus, a research associate at Oxford University’s China Centre. “China sees its Covid record as a badge of honour,” and a change in strategy would be seen in Beijing as an embarrassment.

“It’s hard to see China running the risk of relaxation before their vaccines have improved,” Magnus added. “I can’t see any circumstances influencing the decision to persist with zero Covid and keep foreign visitors largely out.”

Frank Tsai, a lecturer at the Emlyon Business School’s Shanghai campus and founder of consulting firm China Crossroads, agrees the government will be “extremely reluctant to abandon ‘zero Covid,’ so as to avoid any outbreaks that damage its legitimacy.”

“China’s strong Covid response has been among the best arguments in favour of its system of government, convincing both to Chinese themselves and to many non-Chinese around the world,” he said.

However, the nation will “find it harder to counter ‘anti-China’ rhetoric without foreigners who have actually been here who can argue its case.”

The approach “could delay a full recovery of some services consumption, especially in hospitality sectors”, she added. However, Tea sees technology, life sciences and energy-transition related stocks as growth areas for 2022.

Veteran investor Mark Mobius agrees holding to an elimination strategy won’t kill off Chinese investment opportunities. “You can shut off China completely from the world and you have still a very big domestic market which is very attractive.”

However, “if you look at Hong Kong as the gateway to China — for many, I would say most, foreign investors — then the degree to which China’s cracking down and extending that to Hong Kong is not a very good thing,” he said. “We have to wait and see if it lasts for much longer. I think it’s definitely going to have a detrimental effect.”

Jason Brady, chief executive officer and fund manager with Thornburg Investment Management, said the policy gap between greater China and the rest of the world “is going to become more and more stark”. As the reality of endemic coronavirus sets in, “investors need to cast their minds forward to what’s the world going to look like six months from now”.

China’s approach “may cap the upside potential of the economy, especially for consumption and the service sector”, said Shuang Ding, chief economist for Greater China and North Asia at Standard Chartered Bank — but it also curbs “the downside from an uncontrolled outbreak.” He expects the nation to stick with Covid Zero “possibly until the conclusion of the NPC [National People’s Congress] meetings in March.”

After that, China may reconsider “based on the experience of other countries”, he said. “Especially those that have reached herd immunity vaccination rates and decided to treat Covid as endemic.”

Inoculating the population is key even with a no-tolerance approach, said Bruce Pang, head of macro and strategy research at China Renaissance Securities Hong Kong. “If China sticks to its zero Covid strategy, we think a sustained and vibrant recovery in China will not be seen without higher vaccination rates and availability of booster shots.”

“We really don’t know” when the nation will reopen its borders, said Gary Bowerman, director of travel and tourism research firm Check-in Asia. “It’s clearly not going to be before the Beijing Winter Olympics and that seems guaranteed. It could be the second quarter of next year — or maybe another year.”

“You look at the recent travel period for the October holiday and it was a little bit disappointing. So we don’t know how strong travel confidence is,” according to Bowerman. When China does reopen, he expects it to be “in a very phased way”.

“The government has been quite public that they will continue to manage this in a fairly tight manner at least until the middle of the next year,” said Jeffrey Goh, CEO of the Star Alliance of 26 airlines.

But his organisation is working with its Chinese members to “bring to the table the medical and scientific evidence to persuade the authorities to look at things at a slightly different light”. Goh added that his counterparts at OneWorld and SkyTeam are mounting similar efforts.

Goh said the alliance is “optimistic” that the authorities may be convinced to change tack. “We saw this work in Australia, New Zealand, Taiwan and Thailand,” he added. 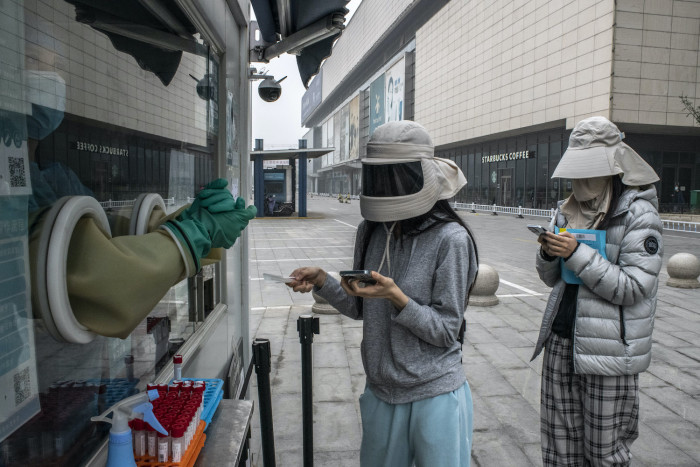