by victoria edeme
in Africa News
Reading Time: 1 min read
A A
464
SHARES
1.8k
VIEWS
Share on FacebookShare on Twitter

Special Adviser to the President on Media and Publicity, Femi Adesina, announced this on Saturday in a Facebook post.

In an earlier statement, Adesina has stated that Buhari would be in South Africa, at a special invitation by President Cyril Ramaphosa, to join other African leaders at the Official Opening Ceremony of the 2nd Intra-African Trade Fair 2021 which takes place on Monday.

According to the statement, The President will be accompanied on the trip by the Minister of Foreign Affairs, Geoffrey Onyeama; Minister of Industry, Trade and Investment, Otunba Adebayo; Director General, National Intelligence Agency, Ahmed Abubakar; and the Executive Director/Chief Executive Officer of Nigerian Export Promotion Council, Segun Awolowo.

All rights reserved. This material, and other digital content on this website, may not be reproduced, published, broadcast, rewritten or redistributed in whole or in part without prior express written permission from PUNCH. 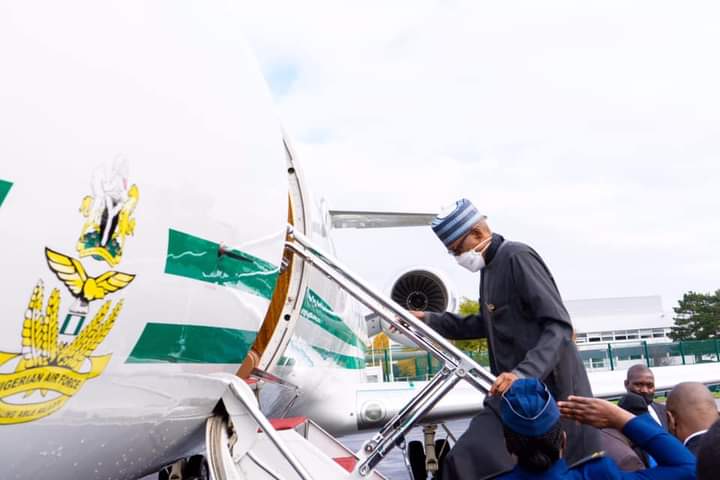