by izuchukwu akawor
in Africa News
Reading Time: 2 mins read
A A
464
SHARES
1.8k
VIEWS
Share on FacebookShare on Twitter

Despite a much-needed victory over Liberia in Tangier, Super Eagles coach Gernot Rohr is not a really happy man at the moment.

Rohr lamented the lack of “normal goals” from his team after two penalties handed the Super Eagles the win over their host.

Nigeria created some good chances but failed to convert any of them as Victor Osimhen and substitute Ahmed Musa both expertly converted penalties in either half to give Nigeria a 0-2 win and all three points.

The win was Nigeria’s third on the road in the African Qualifiers but coach Rohr, who was not surprised by Liberia’s performance on the day, was not satisfied with what he saw and wants more after saying the team has ‘a lot of work to do’ as he bemoaned the lack of what he called “normal goals”.

“The game was not easy for us,” Rohr said. “We knew before (this match) like the first one in Lagos. It was more difficult today. We had to play our great football with a few touches and going vertically forward. But the opponent was very organised and made a big fight.”

“We got these penalties but were not able to score a goal playing (good) football. I think they were clear penalties but I would prefer to score normal goals but we could not. I hope we can do it in three days in Lagos.”

The Franco-German also added that while he was happy with the return of some players, the Super Eagles still have a lot of work to do on their offensive play.

“The comeback of some players like (Wilfred) Ndidi, (Alex) Iwobi, who didn’t play the last time, is a good thing for us. And we are still to work on our realism (sic) offensively. There is still a lot of work to do.”

After the win in Tangier, Nigeria’s Super Eagles remain top of Group C on 10 points, two ahead of Cape Verde, who will be in Lagos for the final match of the round on Tuesday.

The Eagles need just a point that encounter to book a place in the final round for the African Qualifiers. 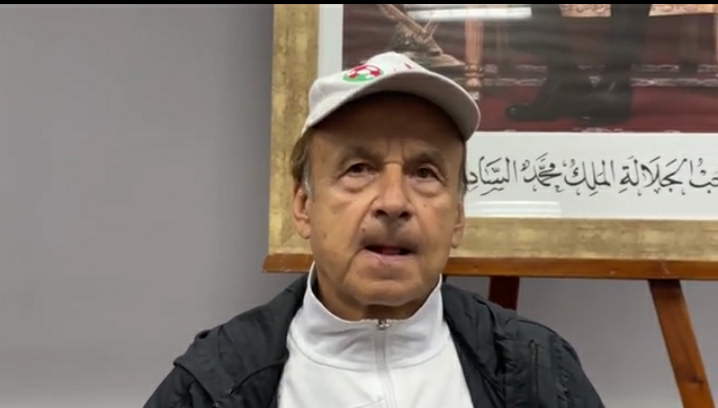