England v South Africa, Autumn Internationals 2021: What time is kick-off, what TV channel is it on and what is our prediction?

by telegraph sport
in Africa News
Reading Time: 2 mins read
A A
465
SHARES
1.8k
VIEWS
Share on FacebookShare on Twitter

Can England gain revenge for their World Cup final defeat to South Africa?

England’s third and final match of their Autumn Internationals 2021 campaign, also known as the Autumn Nations Series, is against South Africa at Twickenham.

It will be the first time these two teams have met since the 2019 Rugby World Cup Final in Tokyo when the Springboks were crowned world champions. Time for a spot of revenge.

England opened their autumn campaign with a convincing 69-3 thrashing of Tonga.

When is it?
Saturday, November 20.

What TV channel is it on?
Amazon Prime Video will be streaming all England’s games.

What is the latest team news?
England are facing renewed disruption from coronavirus after Joe Marler was ruled out of Saturday’s clash with Australia.

Marler returned positive results from lateral flow and PCR tests and has begun 10 days in self-isolation, forcing him to miss the Wallabies’ visit to Twickenham and a large chunk of the build-up to the finale against South Africa a week later.

The setback came just days after Owen Farrell was initially ruled out against Tonga because of Covid only for a re-examination of his sample to show that his result was a false-positive.

What are Telegraph writers saying?
Sir Ian McGeechan wrote that England’s win over Tonga was an extremely encouraging performance:

Of course, against a team as limited as the Tongans, England could expect to rack up some impressive figures. So there is no point getting carried away. But what I was most impressed with was their attitude and intent.

I said before the game that I was hoping to see signs of Martin Gleeson’s impact on this squad.

Eddie Jones’s new attack coach was a notable success in his two years with Wasps and was clearly brought in to help inject some tempo into England’s game. On the evidence of this outing, I’d say he has made a great start.

As a former league player, Gleeson would be hot on holding defenders so that you can play somewhere else.

From the very first minute, England’s attacking shapes looked right. They were on the front foot, with players getting into the next carrying position nice and early.

What are the odds?
TBC

What is our prediction?
This match will be England’s biggest test. The world champions headed to Europe full of confidence having beaten the All Blacks in the Rugby Championship. And they followed that up with a close-fought victory over Wales in their opening match of the Autumn Nations Series. For England, there’s the obvious question of whether or not there are any psychological scars left over following that comprehensive defeat by the Boks in the World Cup Final two years ago.
Predicted score: England 18 South Africa 15 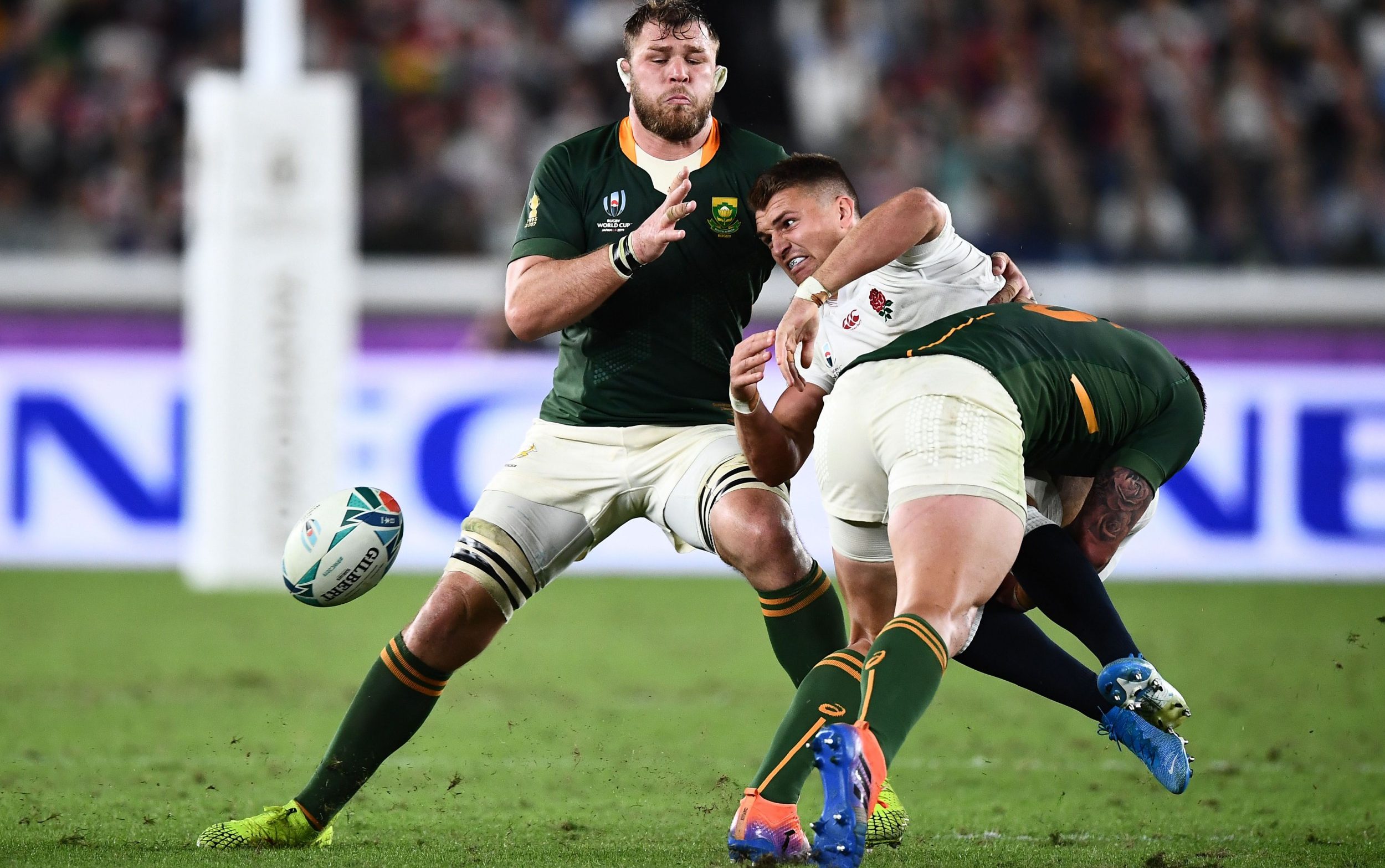