by solomon elusoji
in Africa News
Reading Time: 3 mins read
A A
464
SHARES
1.8k
VIEWS
Share on FacebookShare on Twitter

A file photo of late Brigadier-General Dzarma Zirkusu.A senior officer and three soldiers have been killed in a fierce encounter with ISWAP terrorists in Borno, the Nigerian Army said on Saturday.

ISWAP is an acronym for the Islamic State’s West Africa Province, a splinter Boko Haram group.

According to a statement signed by army spokesperson Brigadier-General Nwachukwu, the encounter took place in Askira Uba Local Government Area of Borno State.

Despite the notable losses, the military said it was able to destroy some ISWAP jets and gun trucks.

“In the fierce encounter which is still raging as at the time of filing this report, troops supported by the Air Component of OPHK have destroyed five A-Jet, two A-29, two Dragon combat vehicles, and nine Gun Trucks.

“Sadly, a gallant senior officer Brigadier General Dzarma Zirkusu and three soldiers paid the supreme sacrifice in a very rare display of gallantry as they provided reinforcement in a counteroffensive against the terrorists, and successfully defended the location.

“The family of the senior officer and soldiers have been contacted.

“The Chief of Army Staff Lt Gen Faruk Yahaya deeply commiserates with the families and relations of the fallen heroes.

“He has also directed that the troops continue in the ferocious counteroffensive and hot pursuit to eliminate the remnant of the fleeing terrorists.”

In a statement signed by his spokesperson, Isa Gusau, the Governor commended the military for putting up a strong defence against the terrorists.

He also paid tribute to troops from neigbouring commands who mobilised to provide reinforcements during the attack.

Governor Zulum, while commiserating with the military over the loss of some military officers and personnel, thanked the fallen heroes for what he called “their supreme sacrifices to the Nigerian Nation”, declaring that “the people of Borno will remain forever grateful to them and all fallen heroes, and will remain fully supported of gallant troops currently operating in front lines”.

Zulum amid the loss of some officers and personnel, the military was able to mount heavy resistance and recorded gains which the state is proud of.

The Governor commiserated with affected residents for the trauma caused by the attack and shared the pains of anyone who may have turned victim directly and otherwise.

“Today’s unfortunate incident in Askira-Uba local government area reminds us while our military, other armed forces, volunteers and all stakeholders make combined severe efforts towards peace-building; while many insurgents surrender their arms to tow the path of peace and while reclaimed communities witness return of peace and access to livelihoods, some insurgents are hell-bent on ensuring we do not fully regain peace,” the Governor said.

“The goal of these categories of insurgents should challenge us to remain focused and ceaselessly commit ourselves to supporting our troops in many ways, particularly with logistics on the part of Government, and with credible information and prayers on the part of all of us as people of Borno State.

“We must always affirm our fates in our armed forces, while the armed forces must remain up and doing. We must always recognize what we already know that insurgents are always plotting with the elements of surprise. Our troops must redouble efforts to be ahead of insurgents.

“I salute our troops for the resistance put up today. I salute troops who mobilized to provide reinforcement. I salute the sacrifices of some officers and men we lost today and share the grieves of the immediate families and the Nigeria military.

“We thank these fallen heroes for their supreme sacrifices to the Nigerian Nation. The people of Borno will remain forever grateful to them and all fallen heroes, and will remain fully supported of gallant troops currently operating in front lines.” 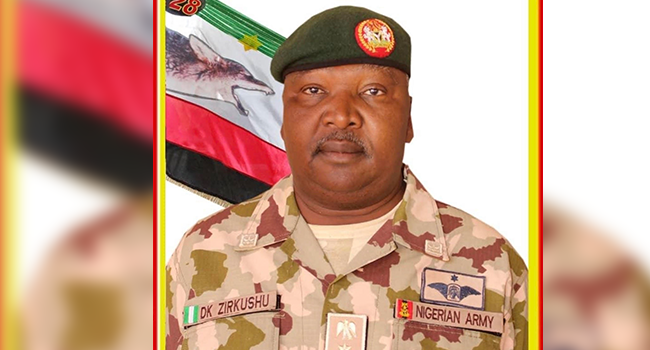