by blythe wiers
in Africa News
Reading Time: 4 mins read
A A
464
SHARES
1.8k
VIEWS
Share on FacebookShare on Twitter

Cape Town — AllAfrica’s Jerry Chifamba spoke with Cynthia Kinyera, a young Ugandan who was one of a few people who defended climate activist Vanessa Nakate from harsh tweets after Nakate said Ugandans are dying because of the climate crisis in the East African country affected by droughts and floods.

To your understanding, how much has climate change affected Uganda?

The climate crisis has affected Uganda severely. Over the last couple of years, we have seen an alarming rise in catastrophic weather events like floods and landslides which have displaced thousands of people. The seasons are also very erratic now, which has caused food shortages because it affects farming, as well as the livelihoods of farming communities. Most of these events can be traced back to the climate crisis. There is a long list of examples but those come to mind first.

How popular is Vanessa Nakate in Uganda along with the work she’s doing?

Her popularity is still minimal because she only became a mainstream public figure very recently. Even though she has received press coverage before, I think most Ugandans heard about her for the first time when she appeared on the cover of TIME magazine, which was less than two weeks ago. Prior to that, she was mostly known in the circles of those interested in environmentalism. However, I think a lot of the recent feedback has been positive because she’s representing us on international platforms that few Ugandans reach. I personally first heard of her back in 2019 when she started the first Fridays For Future branch in Uganda, which is an international group started by Greta Thunberg to protest the climate crisis. She also started the Rise Up Movement, and has generally done a lot of activism both here and abroad.

Why do some ordinary Ugandans dismiss her efforts – does she get support locally?

For the most part, it is ignorance and a certain wariness that someone might be trying to misrepresent facts to get famous or get money, because some Ugandans have done that before.

Most Ugandans know little or nothing about the climate crisis and they are skeptical about seeing someone get a lot of publicity for something they don’t understand. Climate issues are barely touched on in our school systems, and few people talk about it in the media.

People definitely see the effects of the climate crisis; they just aren’t aware of the cause. They see houses and roads swallowed up by floods, they notice food scarcities, they notice that nobody can even tell what season it is anymore. But because they aren’t educated on the matter, they can’t put two and two together to realise that all these things have a common cause.

There are also some people who believe in an adulterated form of nationalism in which they don’t want Ugandans to say anything negative about the country publicly. When they hear Vanessa criticise how the government handles the climate crisis, they conclude that she is making the country “look bad” to foreigners. This kind of thinking is, of course, very detrimental to any kind of progress.

I think she has received support but I cannot speak as to exactly how much. I do not know her personally and, as I mentioned earlier, she became a mainstream public figure only recently. However, logically she must have gotten some significant support to reach such large platforms and international conferences. But since climate activism is such a difficult thing to get an audience for, I’m sure she must have also received significant pushback.

How much is the govt acting on and spreading awareness on the climate crisis?

Very little. There have been dozens of government environmental projects and campaigns over the years, but most have either been poorly planned or just done for the sake of appearances. The fact that the average Ugandan has never heard of climate change makes it painfully clear how little awareness there is.

Who is Cynthia Kinyera and what message would you want to share with other young people concerning climate change?

I am many things; a woman, a writer, someone who cares about the environment; but in this context I am a Ugandan. My advice is this: Start caring. The climate crisis is here. It is neither near nor in the distant future. It is here, right now, at this moment. If you take a little time to look up the facts, or go into the local communities to speak to people, you will realise that Ugandans are already suffering from it as we speak. Vanessa did not exaggerate. Yes, people have died because of it, people are losing their livelihoods. And if society does not make immediate radical changes, more people will die. Everyone is affected by it to some degree, even if you may not realise it yet. Some of the effects will become irreversible fairly soon. Climate activists are often told not to be alarmist, but sometimes the truth is alarming. These things are not said to scare anyone, but rather to inform them of what the reality actually is. There is still hope. If we put in the necessary effort the crisis can be averted.

Why did you choose to defend Vanessa Nakate?

Honestly, I was angry. Those comments had really rubbed me the wrong way and I debated whether I should even tweet in the first place. I was angry that people were trying to discredit someone who has put in years of their life to fight for a cause that affects all of us. The time they spent tweeting their wrong accusations could have easily been spent Googling who Vanessa is and the work she has done.

Climate activism is a tough task which can take a lot out of a person. When I first learned about the climate crisis, I spent a lot of time reading up on it and tried to spread awareness online, and was met with an overwhelming amount of disinterest. It’s shocking how much people simply refuse to care, considering that the climate crisis is truly the only problem which affects every human being on earth.

Eventually, I ran out of steam but I have always hoped to do more for the cause. This is why I admire Vanessa Nakate. She has the strength and perseverance to work for the greater good that most of us don’t. 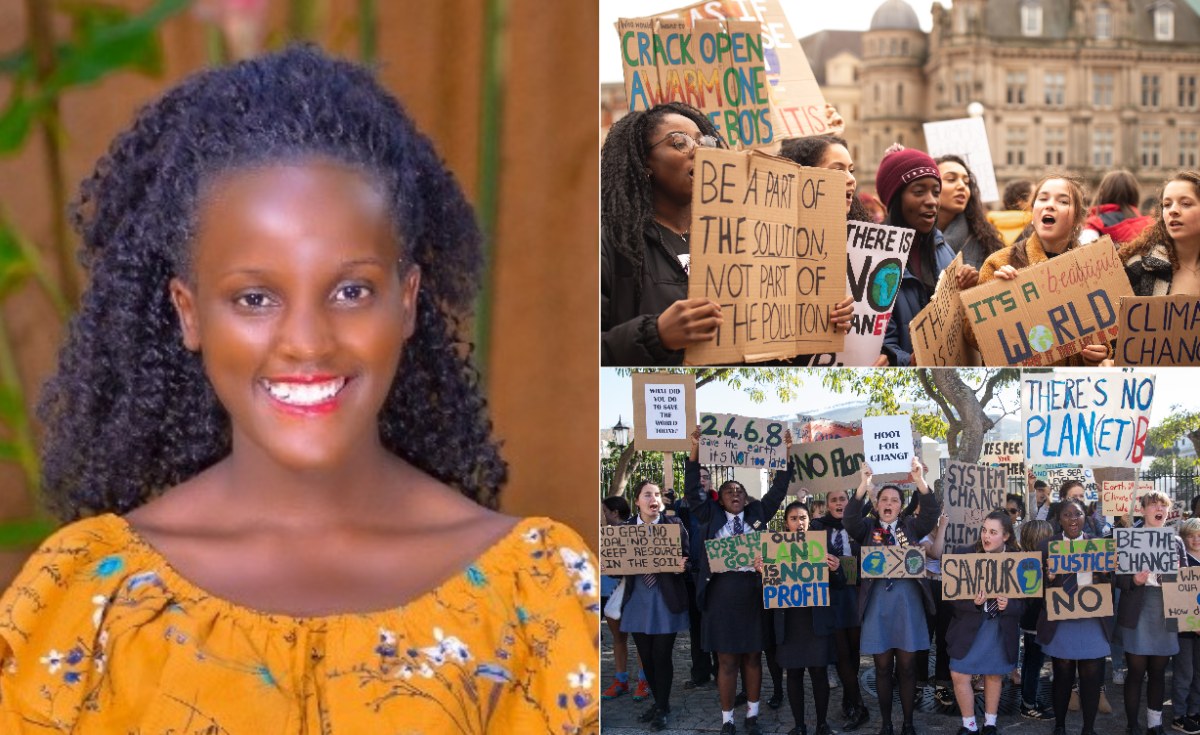