by alexander onukwue
in Africa News
Reading Time: 4 mins read
A A
464
SHARES
1.8k
VIEWS
Share on FacebookShare on Twitter

A Jamaican-American marvels at Kelani Abass’s seamless blend of Louis Vuitton and Gucci bags into paintings of Nigerians in a pre-internet age. Two ladies wearing silent disco headphones in a dark room savor a visual artist’s eerie six minute clip on children accused of witchcraft. And just outside this room at an exhibition of 11 NFTs by various African artists, a guy who has made some progress explaining NFTs to his friend says at some point, “but then I don’t completely understand it.”

The sights at Art X Lagos 2021 were as varied as the delightful, triggering and bewildering works on display. With over 30 galleries represented, the fair lived up to its growing reputation as west Africa’s main art gathering, packing a hall at a hotel in Victoria Island on a rainy Sunday (Nov. 7.) At 8pm when the voice over the public address system passive-aggressively urged everyone to leave, people didn’t immediately obey, trying to get final pictures with newfound favorite paintings.

Tokini Peterside thought the turnout was a sign that Lagos was returning to normal, though masking was required for all present.

As the founder of Art X Lagos, seeing crowds pour in on each of the fair’s three days made her feel the job she started in 2016—to put Africa on the global art calendar—had been boosted rather than hindered by last year’s strictly virtual affair which people from 101 countries apparently logged in to participate in.

“Online will continue to be important because some collectors and galleries will not be able to fly in,” said Peterside. This year’s fair continues online till Nov. 21.

People say art is in Basel, Paris, London, but the reality is that art is on this continent.

But the magic of what makes Art X Lagos a must-see annual cultural moment that attracts Nollywood actresses and tech venture capitalists happens not on Zoom but in rooms, where people can flaunt tastes and photobomb mates.

Beyond the kumbaya, there is money at stakeAnd so phones were busy taking pictures and there was much reveling in African pride. The Jamaican-American, who recently discovered she was 100% Fula through an ancestry test and has now moved to Lagos, found similarities between Abass’s paintings and those of Kehinde Wiley, the Obama portraitist.

For Daudi Karungi, director of Uganda-based Afriart Gallery, this was his third visit to Art X Lagos as an exhibitor. “It is important that galleries continue to support by bringing our artists so that [the fair] continues to grow, and change the narrative around where people should go to see art. People say art is in Basel, Paris, London, but the reality is that art is on this continent,” he said. Afriart skipped last year’s virtual show because “the point is about being present, people seeing the work and us experiencing the people.”

But an art fair is a marketplace where exhibitors and artists hope to exchange craft for thousands of dollars, at least. Karungi confirmed that it has made financial sense to return every year, though he did not specify how much he had sold.

Yadichinma Ukoha-Kalu (middle) talks guests through her oil paintings.It has also made sense for artists like Yadichinma Ukoha-Kalu, an experimental artist who has exhibited every year since 2016 (except last year.) “I have sold at Art X, financially it has been alright,” she says.

Artworks at the fair did not have price tags on them, but some artist’s paintings sold for up to $20,000. One of the NFTs on display sold for 2.2 ether (around $11,000) on the first day of the fair, a nod to what has been a good breakout year for African traditional and digital artists minting NFTs.

African art demands change But of course, artists like to see their work as mediums that ask questions and demand change.

The six minute clip about children accused of witchcraft was the work of Etinosa Yvonne, a photographer who won the 2019 Art X prize created to amplify emerging Nigerian artists. Yvonne’s work featured the voices of actual children and was the product of ethnographic research in the southern state of Cross River. She’s not worried about how to monetize the work, especially if it could get in the way of drawing attention to the need to end witch branding.

Some other type of change is happening in the meantime, with calls for repatriation of Africa’s looted art from Europe, most recently from France and the UK. Peterside agrees with some skeptics of the return movement who say Africa has not built capacity to preserve the artefacts being received, but “these works can reinforce our sense of identity and place when they come in,” she says.

It happened, outdoors.It will take a while for Peterside’s barely five year old creation to catch up to Art Basel, Frieze, and the other prestigious fairs. But a return to a bustling physical event establishes the fair’s essence to young African artists like Ukoha-Kalu who march on to other events with confidence, at a time of growing global interest driven by African collectors eager to buy contemporary African art.

Next up for Ukoha-Kalu after Art X Lagos: three more exhibitions in Nigeria, and one in Switzerland, at the World Trade Organisation’s ministerial conference taking place in December. 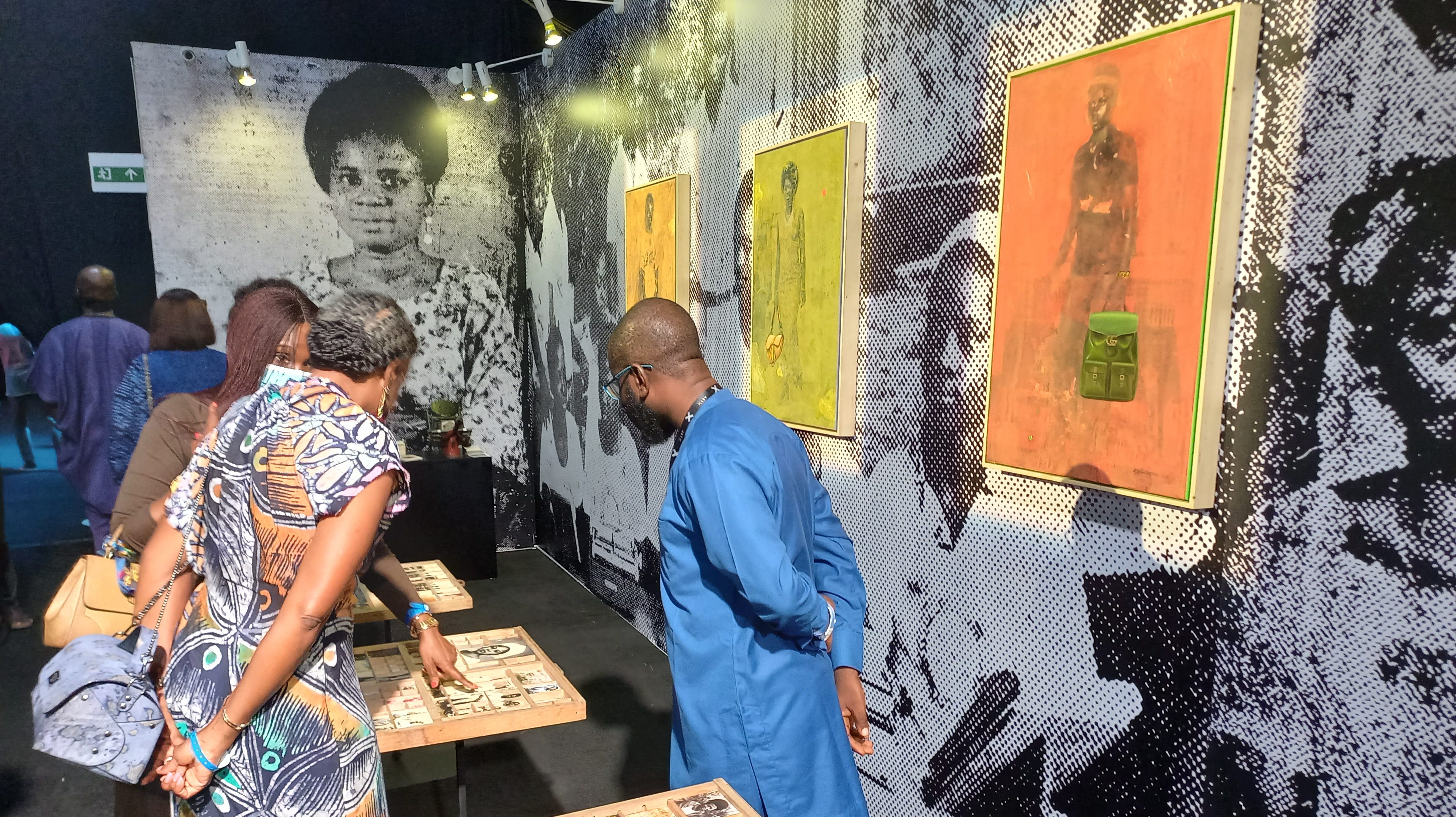 Scotland vs South Africa: Talking points ahead of meeting at Murrayfield