by james richardson
in Africa News
Reading Time: 2 mins read
A A
464
SHARES
1.8k
VIEWS
Share on FacebookShare on Twitter

Umpires Marais Erasmus and Richard Kettleborough will assume on-field duties in the final of the ICC Men’s T20 World Cup 2021 to be played between Australia and New Zealand at the Dubai International Stadium on Sunday.

Nitin Menon will be the TV umpire for the match while Kumar Dharmasena will be the fourth umpire.

The final will be overseen by Match Referee Ranjan Madugalle.

Erasmus stood in the first ICC tournament final of his career when he umpired the 2009 ICC Cricket World Cup Qualifier Final between Canada and Ireland at the Centurion Park in Centurion on 19 April 2009. He was named ICC Umpire of the Year for 2017, and was awarded the David Shepherd Trophy for the second consecutive year.

The Emirates Elite Panel of ICC Umpires and Referees comprises the top umpires in the world and was first introduced in April 2002. To ensure the highest possible standards and guarantee impartial adjudication, two umpires from the Emirates Elite Panel stand in almost all Test matches around the world, while one member stands with a home umpire from the Emirates International Panel of ICC Umpires for One-Day International matches.

On average, each member of the Emirates Elite Panel annually stands in 8-10 Test matches and 10-15 ODIs, plus any ICC World events in that year – a potential on-field workload of 75 days plus travel and preparation time, per year. The composition of the Panel is reviewed every year and announced on July 1. These selected officials are contracted to work for the ICC on a full-time basis in a programme shared with their Home Boards.

The ICC supports the ongoing development of all international officials through the appointment of umpire coaches, by bringing them together for training on an annual basis, by employing a full-time digital video specialist to help review decisions, and by conducting regular reviews in Dubai as they pass through on assignment. 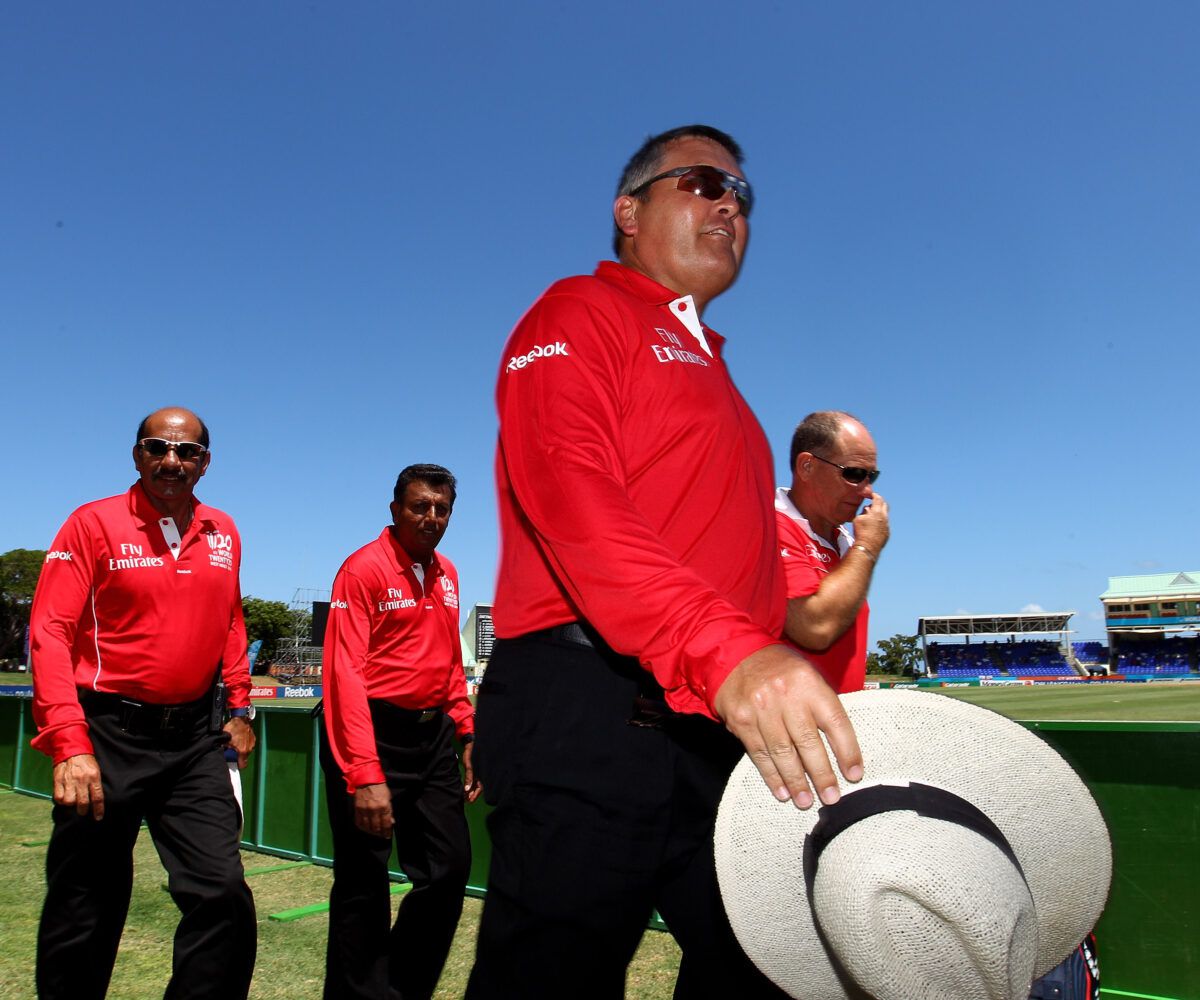