by jo livingstone
in Africa News
Reading Time: 5 mins read
A A
464
SHARES
1.8k
VIEWS
Share on FacebookShare on Twitter

Damon Galgut’s latest novel, The Promise, which last week won
the 2021 Booker Prize, is set in a land of almost absurd extremity. Tightly
structured in place but not in time, it hews closely to a patch of
property in Johannesburg, South Africa, owned by an
Afrikaner family called the Swarts, who periodically live on it or return there
when attending their relatives’ funerals. In a society famously more unequal than any other, on
top of the koppie, a hill on the property, the youngest Swart daughter is struck by
lightning and loses a toe to its
fire. A snake bites her father.

The Promise: A Novel

Although it will eventually flow through decades, The Promise begins in the thick of the
apartheid era of South African history, during the childhoods of sisters Amor
and Astrid and the young adulthood of the eldest son, Anton, a conscript in the South African army. Their mother, Rachel, has died, slowly, of cancer, and in the course of her dying decided to give a
house to her nurse and domestic employee, Salome, who is Black; not Rachel’s own
house, but another on the land, where Salome and her family already live.

Rachel secures her husband Manie’s promise on this point, but it’s
Anton who explains to 13-year-old Amor that “Salome can’t own the house.
Even if Pa wanted to, he can’t give it to her.” Amor is confused and asks why.
“Because, he says. It’s against the law.” This true fact about apartheid-era
South African property law changes as the novel’s action progresses, but other
aspects of the situation, like the color of everybody’s skin, do not.

“​​When white people fight,” Astrid recalls her mother saying, “it
is always over property!” The question of ownership of the land remains an
evergreen one in South African politics, where a new “land court” will soon try
to resolve disputes over the outcome of initiatives aiming to fulfill the part
of the South African constitution that demands that property settled by
Europeans be returned, in essence, to the heirs of those from whom it was
stolen. In The Promise, Salome has a
rightful claim on some of the Swarts’ land, but she is not the only one, for
other local people say that this patch of earth was theirs in the first place.

With this combination of abrupt acts of God, childish
misapprehensions, and subtly layered thefts, The Promise thrums with the nonsensical aspect of apartheid, when white families like the
Swarts experienced the historically freakish circumstance of true minority rule
over a subjugated majority of nonwhite compatriots. By focusing on a small
piece of land and the acrimonious, drawn-out disputes over its ownership, and
keeping the narrative voice loose and roving, flitting among the Swarts’
minds, Galgut punctures their sense of their own importance with sharp doses of
reality, eventually finding a nasty kind of hilarity in an era of history whose traumatic
remnants still bear useful scrutiny.

In Afrikaans, swart means “black.” “The Blacks,” however, are
white. This does not appear to be remarkable, in the world of The Promise, because on the Swarts’
property, the meaning of certain words simply vanishes.

For example, the word promise seems to mean totally different
things depending on whom and what it refers to. If a white man promises something to his white wife, for example,
his white children are entitled to remind him of it. But if the subject of
the promise is Black, he can refer those children to the language of the
law books of the apartheid government, which frees him from all obligation. For
a man whose reality works this way, it’s hard to know how to interpret the
other things he says, like the vows he makes at the altar to his wife. Rather
than verbal, Galgut presents a lot of Anton’s experiences as sensory. He
hears, “Crackle and burn. The fuse is lit. There’s a smell in his nostrils
perpetually, of rubber on fire, rising from somewhere inside him.”

Salome herself has an even more mysterious relationship to language,
because she is mostly silent. Galgut writes her as a void at the center of the
novel, projected upon by each Swart family member but very rarely replying to them at
length. To some Swarts, she’s
not even there. Later in the book, for example, Anton’s wife will describe Black domestic workers like Salome as being “like ghosts, you almost
don’t notice them”—although “it’s a mistake to think the same applies in
reverse.” They “know all your secrets,” she thinks, “everything about you, even
the things other white people don’t know.”

On this piece of land, the meaning of words in
such moments of blithe dehumanization is always bound up with questions of
audience: Who is listening, who is talking, whose ears matter, and whose don’t?
These are the questions that Rachel’s promise causes Amor to contemplate, as well as
the reasons that the promise is hollow from the very instant it’s made. A
contract made with reference to Black people and property will make itself
into nonsense in a country with laws like those of South Africa; the speech
act of the promise breaks and releases its participants.

In the Swarts’ compound, where words don’t seem to work properly,
meaninglessness proliferates like the chaotic vocabulary of apartheid, puffed
up with the hot air of fake race science and stubbornly clung-to delusions
about who owns what, by what right.

It’s a strange fact of contemporary literature that South Africa’s
biggest literary exports were for some time mostly white people of
anti-colonial political sentiments. Born in Pretoria in 1963, Galgut is a
generation or two younger than most of this group. He has been nominated for
the Booker Prize twice before, for 2003’s The
Good Doctor and 2010’s In a Strange
Room. He is the third white South African to win the prize, after Nobel laureates Nadine Gordimer and J.M. Coetzee, who won the Booker twice. An
outsize number of white African writers have
also been nominated for the prize: André Brink, Doris Lessing (a British Zimbabwean), and Deborah
Levy. This abundance is partly explained by the fact that the Booker was from
1969 until 2014 only open to authors from the Commonwealth, Ireland, South
Africa, and Zimbabwe, but it’s still an overrepresentation in terms of sheer number
of eligible citizens.

The Promise is just as good as all the rapturous reviews suggest, but
it contributes to an already bristling quiver of fiction about white existence
under apartheid. Who exists in South African history? Countless Black and
brown people’s life stories went
unrecorded during apartheid’s great silencing. But now it’s the
white past that is fading: Frederik Willem de Klerk, the last white head of
state of South Africa, died yesterday. The product of guilt and genius in
equal measure, the corpus of great white fictions about apartheid only
captures a sliver of the South African experience. There are other
Johannesburg fictions out there to balance Galgut’s picture of the city, if
you look for them: Kgebetli Moele’s 2006 novel Room 207 is high-rise gold, as is the late Phaswane Mpe’s Welcome to Our Hillbrow: a Novel of Postapartheid South Africa
(2001). And if The Promise
is a microscopic story with very wide historical implications, then C.A.
Davids’s 2022 novel How to Be a Revolutionary,
whose heroine traces paths between Shanghai and Cape Town, will be its
opposite and its complement.

In his review of The Promise,
James Wood wrote that Galgut, as a white South African writer, “inherits a
subject that must feel, at different times, liberating in its dimensions and
imprisoning in its inescapability”—a comment, it seems, on both the
lightning-strike nature of apartheid’s severity and the horrible specialness
of a memory that could only have happened in one place. 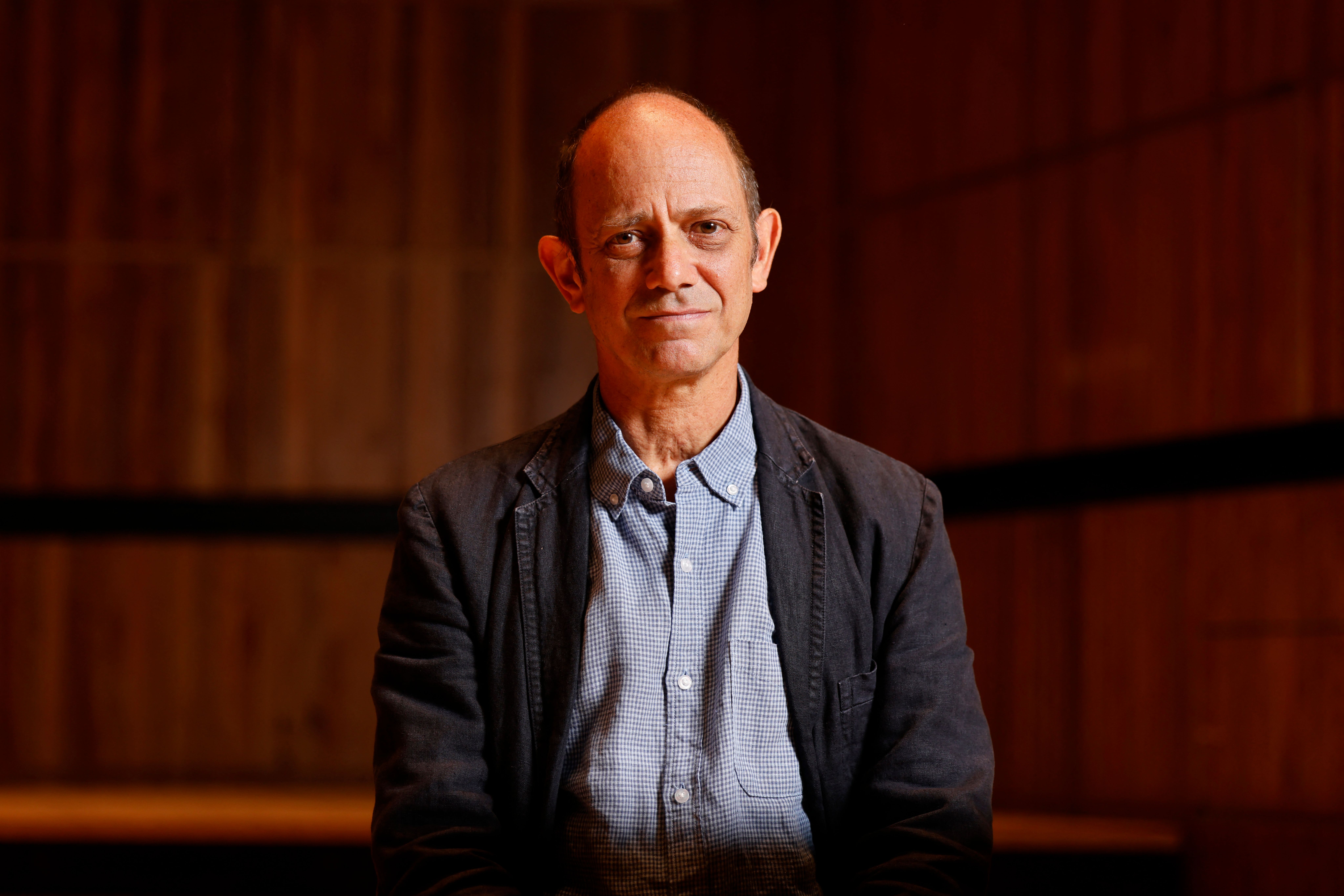