Africa: Mnangagwa between a rock (of coal) and a hard place as he looks to turn Hwange into a giant coal hub

by larisa drews
in Africa News
Reading Time: 5 mins read
A A
464
SHARES
1.8k
VIEWS
Share on FacebookShare on Twitter

The government wants to turn Hwange into a coal hub, with mostly Chinese investors promising to invest up to $1-billion to build coking mines and thermal coal-based power plants.

Mnangagwa said Zimbabwe has not been spared the effects of climate change, which has led to droughts and cyclone-induced floods. He said the impact of climate change has been disproportionately borne by vulnerable communities which have contributed the least to atmospheric carbon.

The country is desperate to use its large coal deposits, which the government estimates at 12 billion tonnes, to ramp up electricity output to 5,000 megawatts with an eye on exporting surplus power.

Zimbabwe was long known for its coal production, but now only produces a fraction of past output.

Some of the Chinese firms that were recently issued special mining grants in Hwange by Mnangagwa’s government are Afrochine Energy, which is owned by Chinese steel maker Tsingshan Steel, and Zimbabwe Zhongxin Coking Company, a joint venture between the Zimbabwe Defence Forces and China’s Yuxia ZhongXin Coking Company.

Close to a dozen more Chinese companies are reported to be operating in the Hwange area, with some of them drilling along the boundary of the Hwange National Park.

The plans have rankled environmentalists, safari operators and residents who see this as a step backwards in the country’s efforts to adopt more renewable energy.

Last year, the Chinese companies were accused of carrying out exploration activities inside the Hwange National Park, home to Zimbabwe’s largest elephant herd. This led to howls of outrage and forced the government to cancel their exploration licences.

But in April this year, Mnangagwa quietly issued new special mining grants to Afrochine, Zhongxin and Beifer Investments after the Chinese embassy protested against the cancellation of the original licences.

There is no difference between mining inside or outside the park. Naturally, mining inside the park attracts global condemnation rather than mining outside, but the environmental concerns are similar. The concern by environmentalists is that if no one raises an alarm now, the companies will slowly encroach into the game park.

The new special grants cover some safari areas that share a boundary with Hwange Game Park and the companies have already started drilling exploration holes despite a court challenge against their presence.

Meanwhile, communities in Dinde in Matabeleland North and Uzumba in Mashonaland East are among those mobilising and fighting back against the Chinese companies.

In July the state-owned newspaper The Herald reported that Afrochine appealed to Mnangagwa for protection after facing resistance from safari operators and residents in the Hwange area.

Interviews with residents’ organisations in Hwange, safari operators and some of the NGOs that are working on environmental issues in Hwange show that people across the board are alarmed about the developments.

Environmentalists complain bitterly of the damage not only to the environment but to people from the exploitation of the coal.

Posting a picture of disabled children with burnt limbs allegedly from underground fires caused by irresponsible coal mining, the director at Centre for Natural Resource Governance Farai Maguwu called for justice for the affected people in Hwange.

“As they enjoy climate tourism in Glasgow, these children in Hwange, burnt and permanently disabled by underground coal fires, are crying out for justice. Perhaps if some of the non-technical 80+ Zim climate tourists had stayed at home and the leadership committed to uphold principles of social justice, we should be discussing how these innocent children should be compensated,” he said on Twitter.

“More importantly, these are the people who should have been in President Mnangagwa’s Glasgow delegation. It is time they tell the world their own stories. They do not deserve this.

“Society has failed them. Hwange Colliery failed them. Govt of Zimbabwe failed them. We need justice for these children. These are supposed to be leaders of tomorrow and how we treat them determines how they view the world as well as their understanding of what it means to be a leader.”

Another Chinese company, Beifer Investments, has clashed with villagers in Dinde in Hwange over its plans to develop a coal mine.

The Dinde community has petitioned parliament to investigate the legitimacy of the environmental impact assessment report submitted to the Environmental Management Agency by a consulting firm contracted by Beifer Investments.

This picture was taken in Aug/Sept this year. Dinde Villagers in a meeting protesting against drilling in their community. The court case which had not been heard yet by the courts is against this same Chinese company, Beifer.
(Photo: Supplied)
The community argues that mining will pollute the Nyantuwe River which is the only source of drinking water for people and livestock in the area. Villagers also fear that, should the project continue, they will be subjected to forced relocations while others will be exposed to air and water pollution of their river as well as destruction of cultural heritage sites.

In Zimbabwe, the energy sector is the third biggest driver of greenhouse emissions after agriculture and forestry, but the country’s plans to burn coal for thermal power generation will make the sector surpass the others in the next few years, environmentalists have warned.

The rest of the world is trying to move from coal as part of a global target to end greenhouse gas emissions by the year 2050.

Analysts say Zimbabwe’s government has so far failed to monitor the Chinese firms and to ensure they are strictly following environmental guidelines fearing it would upset Beijing. China is the only country that has continued to fund infrastructure projects since Western donors and multilateral lenders stopped lending to Zimbabwe over arrears more than two decades ago.

Afrochine already runs the biggest high-carbon ferrochrome furnaces in Selous, west of Harare. The company also completed construction of a 150,000 metric tonne coke battery in Hwange in April and has started building another 300,000 tonne per year coking plant, the largest and most advanced coke oven in Zimbabwe.

Dinson Colliery (Photo: Supplied)
All are Chinese except for Western Coal, Zambezi Gas and Makomo.

Zimbabwe Zhongxin Coking Company is building a 320 megawatt coal-fired electricity generating plant in three phases. The first 50 megawatt has been completed and will be commissioned in 2022. When completed, the power plant is expected to consume 300,000 tonnes of coal annually.

Western Coal is owned by Manangagwa’s close ally Billy Rautenbach. The mine has been accused of mining near the Bumbusi Heritage site inside the Hwange Park.

Afrochine’s Dinson has finished exploration in the park and has not started mining but it has been given another grant on the edge of the park, where it is exploring.

Some of the projects were started last year but some are still at the exploration stage.

Afrochine’s 150,000 tonne coke over battery was completed in July while the 300,000 tonne one is in planning stages. Construction of a 100MW power station has not started.

Zimbabwe Zhongxin Coking Company has completed 50 MW of its 320 MW and is yet to start coal mining as it is at the exploration stage. Beifer investments is also exploring for coal.

Environmentalists say Zimbabwe has two main options to move away from coal. The country receives a lot of sunlight which makes a good case for solar power.

Hwange and its surrounding districts, for example, are among the hottest places in Zimbabwe throughout the year, with an average 8,3 solar hours per day, according to studies.

Hydro-electric power is also an option. A long planned joint project with Zambia is still being tied up by bureaucracy. But there are also mini hydros that are being built, in eastern Zimbabwe, which light up local communities and are easier to maintain.

The biggest challenge for Zimbabwe is funding, which is making a wholesale transition to renewable energy a painfully slow process. Zimbabwe did not receive any funding commitments for renewable energy projects from the West at COP26. DM 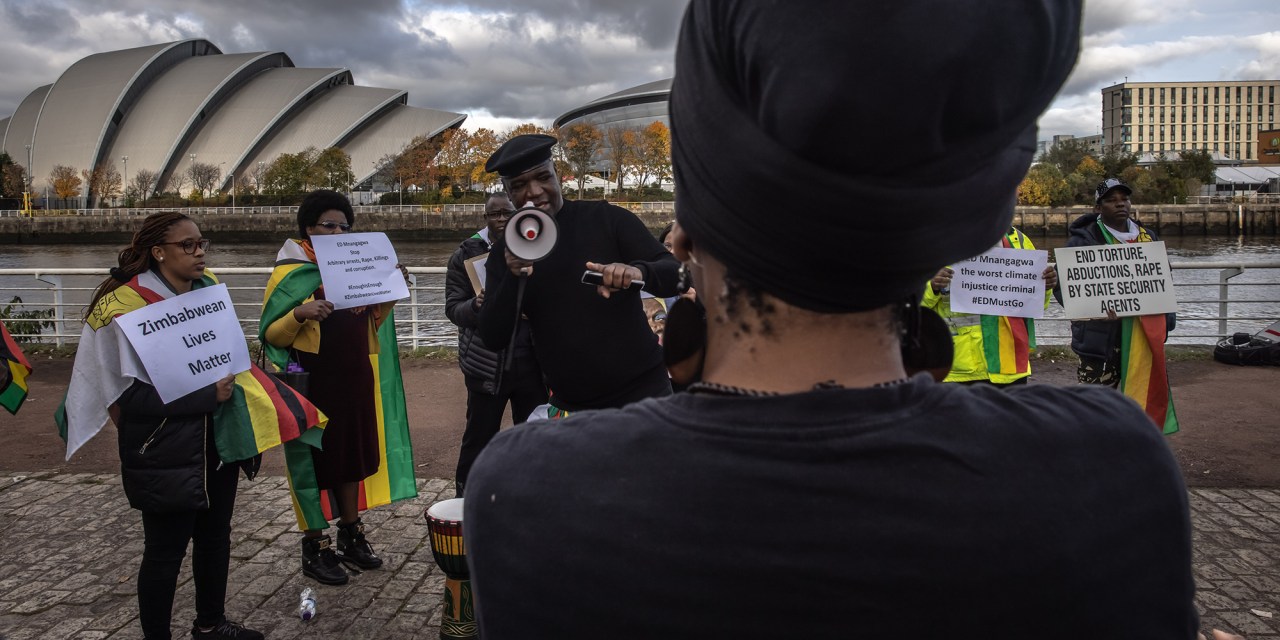