by timi odueso
in Africa News
Reading Time: 5 mins read
A A
464
SHARES
1.8k
VIEWS
Share on FacebookShare on Twitter

YouTube is disabling dislike counts on all videos on its platform. The decision is based on a series of tests run earlier in the year.

YouTube is doing this to stop hate mobs from inducing targeted harassment, especially at new creators on the platform. But not everyone is pleased about the new development.

In February, Disha announced that it was shutting down.

The no-code mobile application was launched in 2019 by Cregital, a web development and design agency in Lagos, Nigeria. The app gave users the opportunity to create one-page websites to promote their works and was well received by small business owners and content creators.

While Disha reported immense growth, a 100% month-on-month increase, and over 20,000 users worldwide, it, unfortunately, announced a shutdown in February, crediting a shortfall in resources to fund the platform’s vision.

Well, that’s not happening anymore as Disha is now admitted into the family of fintech company, Flutterwave.

The creative industry is a profitable industry and the unicorn knows it.

Yesterday, Flutterwave announced that it had bought Disha to continue the platform’s job in helping creators get easy-to-use innovative tools that can help them earn with their craft.

What’s new on the plate?

Flutterwave intends to keep Disha as an independent product. However, it will introduce a few new integrations and features that will help creators share, showcase and sell their work.

Already, Flutterwave has ramped up Disha’s checkout process, and now, users of the platform can make transactions in over 150 currencies from 34 countries.

Big picture tray: There’s been a trend of African founders supporting one another lately, and we’re eager for more of that. Could this be the result of the clamoured-for, inter-funding conversations we’ve been having over the years?

Here’s what you need to know

The announcement came a few weeks after the company extended its footprint into the Nigerian market by acquiring Baxi.

The company plans to use the new investment to hire more global talent, power its Governance, Risks and Compliance (GRC) functions, and ramp up its expansion efforts. It also plans to invest in other African tech startups.

AIn Ep. 2 of Artwork, learn how to set your rates while attracting and retaining the best clients.

A few weeks ago, we told you how South Africa is using tech to save their unicorns. The good news is that Botswana seems to be taking the same step. The bad news? Well, experts are wondering if it’s in the right direction.

In an effort to reduce wildlife poaching that is threatening the nation’s diverse wildlife population, the western portion of Botswana’s Makgadikgadi National Park will receive a 60-kilometre “non-lethal” electric fence.

Botswana’s President Mokgweetsi Masisi believes that poaching is a serious threat to the country’s biodiversity. The country’s rhino population has been under particular threat, with reports stating that “over 100 rhinos have been poached in under two years from a population of less than 400”.

Conflict between humans and elephants in the landlocked nation is also on the rise.

During dry seasons, elephants move through villages and settlements in search of water, at times raiding and trampling on crops in their wake. This problem has been exacerbated by increased instances of periodic droughts.

Electric fencing has been used by other African countries like Namibia and Kenya to mitigate poaching and human-wildlife conflict, but the jury is still out on whether this method is safe for animal populations.

Critics of electric fencing initiatives say that they cost too much to maintain and leave less habitat for the very animals they are trying to protect. And long term research shows that dwindling water resources as a side effect of climate change stand to be a bigger threat to wildlife and humans than poaching itself.

If you’re a Lagosian, your first thought reading this was probably the fear of an electric car running out of juice right in the middle of Third Mainland Bridge. But it’s happening: electric cars are in Africa and becoming popular.

In fact, electric cars and shared mobility concepts may be starting to disrupt Africa’s taxi industry. Just a few years after cab-hailing apps upended the market and made city transportation cheaper and safer, they’re now about to get greener.

In Kenya, Nopea rides the waves

In January, the Finnish electric cab firm had announced it planned to triple its fleet in Nairobi, helping to reduce emissions from the populous city’s notorious traffic. EkoRent, the parent company of Nopea, is planning to have about 1,500 EVs in its ecosystem by the end of 2021.

The electric fleet is giving Nopea a competitive edge over the gasoline vehicles that currently dominate the market.

A similar thing is happening in South Africa where Bolt is planning to roll out electric cars.

Are you a whiz? Apply for the Adamantine Energy LNG Fuel Stove Hackathon, create the most innovative solution for a portable and safe LNG stove. The winner will receive a monetary award of ₦1,000,000 as well as the opportunity to design the product.

The Global Bridging Fund offers social entrepreneurs with solid business models in Africa and Asia a chance to get seed funding of up to $5,000 on a 0% interest loan, with marketing opportunities. Find out more and apply here.

The TotalEnergies Startupper of the Year Challenge is open to students across Africa, aged 18–35, who embody the USDGs with innovative projects. The prizes to be won include money, media visibility, and mentorship. Find out more on how you can get the three M’s here.

The Design, Product and Developer School Programme is open for applications from young Nigerians seeking to learn graphics design, product design and management, and software development. Apply for the fully-virtual program here.

Google has lost its first appeal against a €2.4 billion fine for antitrust issues.

There’s malware being distributed through an app called AbstractEmu and the NCC is warning Android users about it. 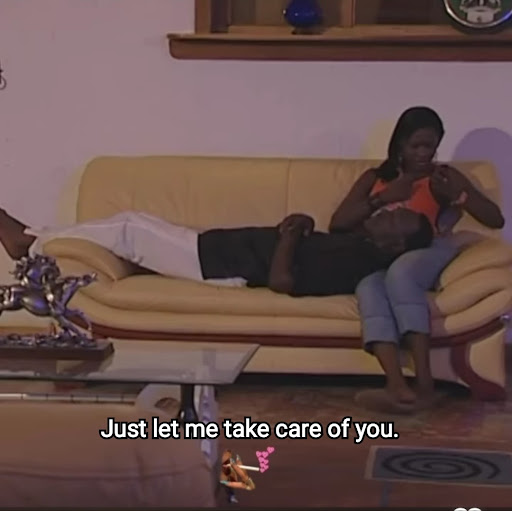