by tami serna
in Africa News
Reading Time: 3 mins read
A A
464
SHARES
1.8k
VIEWS
Share on FacebookShare on Twitter

Johannesburg — Like many nations hit by COVID-19, South Africa has seen rising unemployment and hunger since the onset of the pandemic. One school – the Green Business College – is tackling those issues in innovative ways, giving people the skills to not only grow their own produce but make money to help their families and build their careers.

At a community center east of Johannesburg, more than two dozen students are learning skills that would have been common among their grandparents’ generation.

The Green Business College is teaching them the basics of organic gardening and food preservation by making jams and sauces.

For some, it is expanding on hobbies they discovered while in pandemic lockdown.

It is also feeding their entrepreneurial aspirations.

“It’s a lost art completely. Most of my peers around my age. They would rather buy than make. I want to see myself in top retailers, I want to probably get to a point where that I can make a sustainable living from preserving Marula fruit,” said Seleka.

Making an empire of his late grandmother’s jam recipe would be a major career change for the 32-year-old, who currently works for a sporting apparel retailer.

Other students are hoping the skills will simply get them into the workforce.

More than 30 percent of South Africans are jobless.

College CEO Matshepiso Makhabane believes the school’s courses, which include bee keeping, can inspire people to create their own employment opportunities while addressing issues that come with poverty.

“They say, give a man a fish, you’ve fed him for the day, teach him how to fish, you feed him for a lifetime. It’s all about power, take back your power and use it well, invested in your soil. It’s going to benefit you so that people can come and buy from you – and buy health,” said Makhabane.

South Africa suffers from what experts call a “double burden of malnutrition,” experiencing extremes of both hunger and obesity.

Small farms like the one set up by the college are viewed as part of the solution to providing healthy food to communities.

Lise Korsten is a plant pathology professor at the University of Pretoria.

“We believe in shifting people, their whole diet to consuming more fresh produce, to produce more food within the communities,” said Korsten.

“And then obviously, look at food gardens that to us will be a very important critical element of South Africa’s mindset. Produce your own food as well, and not only rely on the food system,” Korsten added.

More than 120 students have studied at the main college in downtown Johannesburg in the past year, while many more have participated in workshops around South Africa.

Graduates have used their creativity to expand beyond selling vegetables and jams.

Tsepiso Moloi’s line of hot sauces include a pineapple-infused variety and a ghost pepper sauce with an extreme kick.

“It starts as a hobby. And then, how do you then graduate that hobby into a business that you can live out of? I wouldn’t have been able to have had the knowledge around preservation that I got from the school. I wouldn’t have had the momentum to keep it going. Because that mentorship and coaching keeps you on the alert,” said Moloi.

And in less than four months since launching, she has had two butcher shops request her products for their shelves. 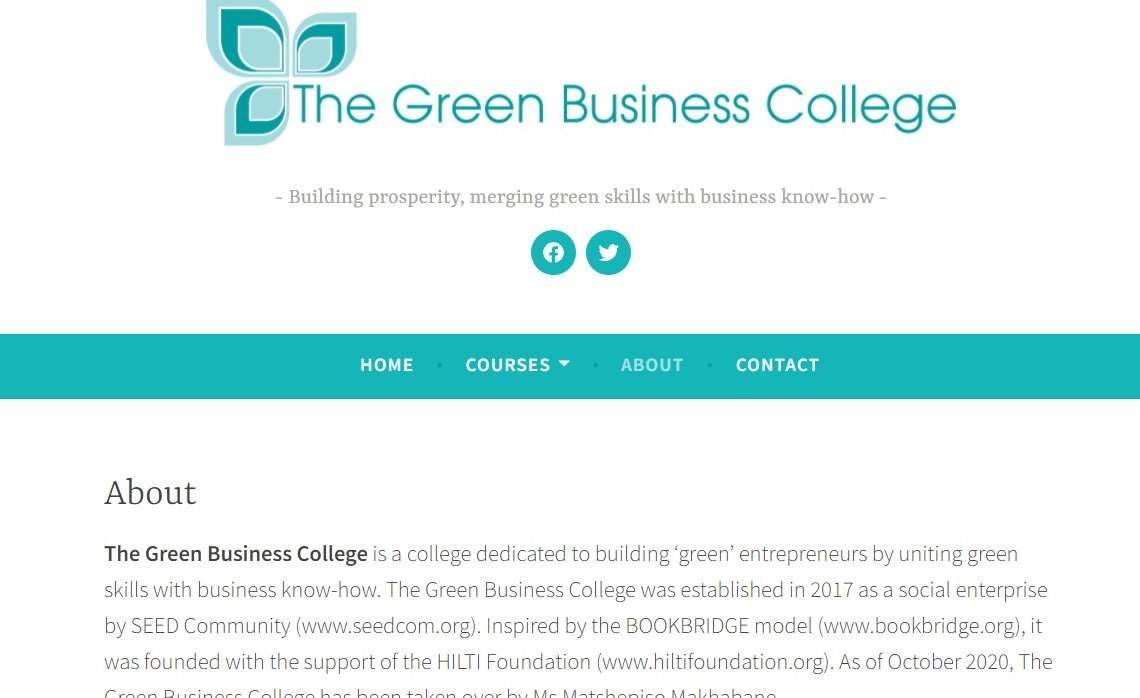