by eunice stoltz
in Africa News
Reading Time: 3 mins read
A A
464
SHARES
1.8k
VIEWS
Share on FacebookShare on Twitter

The last president of the apartheid dispension FW de Klerk “could have” been a great South African statesman, but instead he “eroded his stature and became a small man, lacking magnanimity and generosity of spirit,” said the Desmond and Leah Tutu Legacy Foundation.

De Klerk passed away at the age of 85 following a long illness with cancer on Thursday, 11 November. He was the last apartheid president and a recepient of the Nobel Peace Prize alongside former president Nelson Mandela.

De Klerk’s death has elicited a wide range of reactions.

“We send our condolences to the De Klerk family. It is never easy to lose a father,” said foundation chief executive Piyushi Kotecha.

“It is, however, sad that Mr De Klerk missed the many chances he had to fully reconcile with all South Africans by acknowledging the full extent of the damage caused by apartheid. That damage is with us today. We are in many ways a broken society,” said Kotecha

“It is as our founder, Archbishop Emeritus Desmond Tutu, has said, ‘Mr De Klerk could have gone down in history as a truly great South African statesman, but he eroded his stature and became a small man, lacking magnanimity and generosity of spirit’,” she added.

The foundation said De Klerk refused to acknowledge that apartheid was a crime against humanity, despite it being declared such by the United Nations in 1962.

President Cyril Ramaphosa paid his condolences in a brief statement recognising De Klerk’s courageous decision to “unban political parties, release political prisoners and enter into negotiations with the liberation movement amid severe pressure to the contrary from many in his political constituency”.

Ramaphosa described his counterpart as a “committed South African” who “placed the long-term future of the country ahead of narrow political interests”.

However, the Fort Calata Foundation was saddened by the death because this “has robbed the Cradock Four families of the truth about the murders of their husbands and father”.

The statement said that De Klerk sat on the meetings of the state security council where the fate of Fort Calata and Matthew Goniwe were discussed from 1984 to 1985.

“He also ordered the Northcrest raid in Mthatha in 1993, which led to the deaths of five children who were murdered in their sleep. Its is sad that another apartheid crimminal has died without having accounted for the crimes he helped perpetrate against humanity,” said Lukhanyo Calata, the spokesperson for the foundation.

“Maybe this is what the ANC and its successive governments post 1994 have wanted all along,” Calata said.

On behalf of the Inkatha Freedom Party, Mangosuthu Buthelezi too acknowledged De Klerk’s passing as “a painful moment, not only for his family, but for our entire nation”.

“We have lost a champion of democratic principles and constitutionalism who served South Africa long after his retirement from governance,” he said.

Buthelezi, who served in the government of national unity when De Klerk was deputy to Mandela, described it as “a privilege … as we laid the foundation of South Africa’s democracy. I respected his commitment to the wellbeing of our country and recognised in him the characteristics of a patriot.”

In a statement, Steenhuisen said De Klerk continued to play “a pivotal – and robust – leadership role in parliament” when he became deputy president.

“De Klerk was also able to bring the majority of white voters along with him, and this played a critical role in ensuring that the transition happened peacefully and that the 1994 elections, as well as the constitutional negotiations, were embraced by all South Africans,” Steenhuisen said.

Concluding his statement on the passing of De Klerk, Ramaphosa said his passing weeks before the 25th anniversary of South Africa’s democratic constitution “should inspire all of us to reflect on the birth of our democracy and on our shared duty to remain true to the values of our Constitution”. 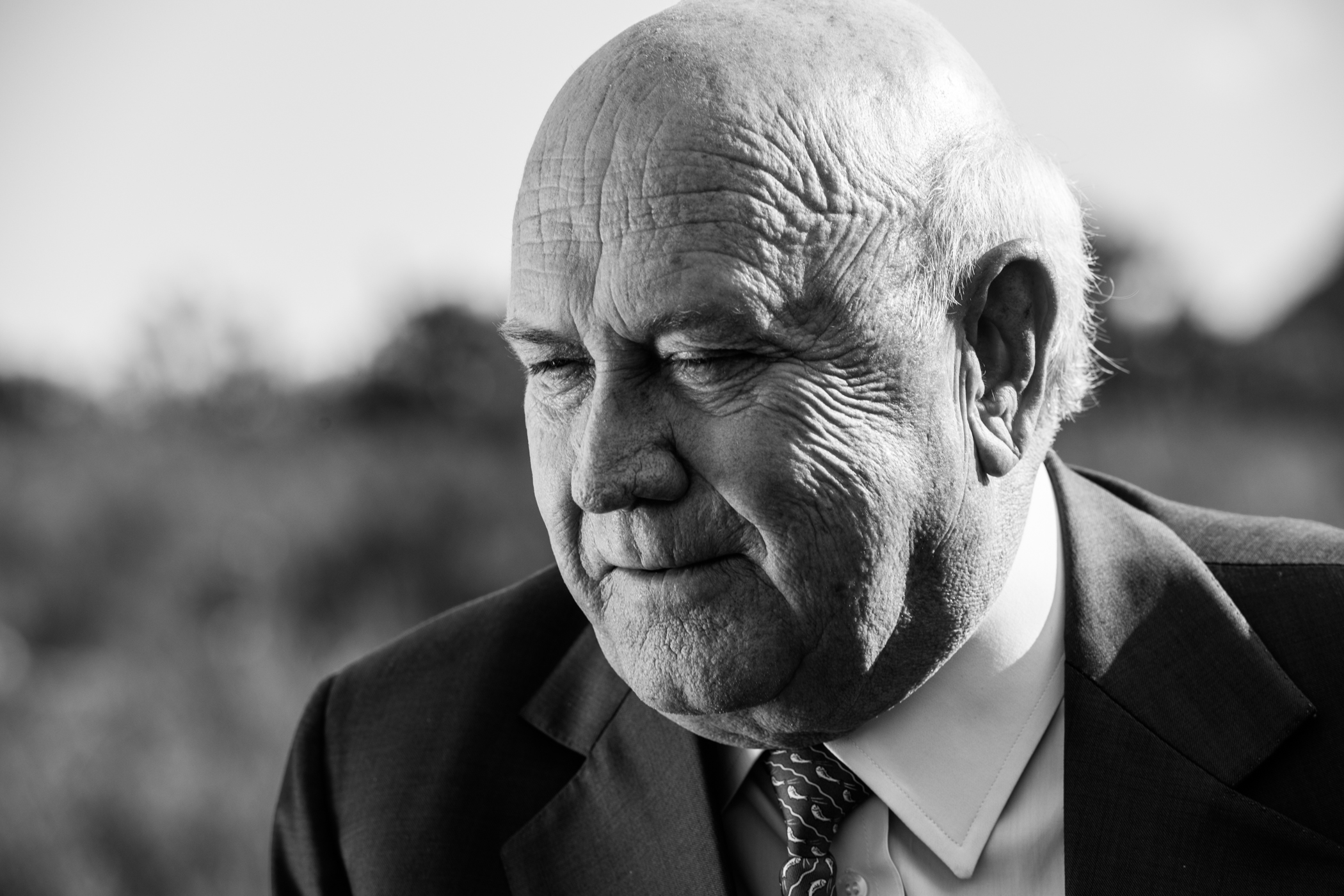 ABDUCTIONS: South Africa at risk of being placed on watch list of kidnapping hotspots after Moti brothers saga