by milan ordonez
in Africa News
Reading Time: 2 mins read
A A
464
SHARES
1.8k
VIEWS
Share on FacebookShare on Twitter

UFC 268 was another statement win for Kamaru Usman. Now with five successful title defenses and 15 straight UFC wins, “The Nigerian Nightmare” had pretty much wiped out the competition at 170 pounds.

For observers like UFC president Dana White, Usman already did enough to earn an all-time great status after Saturday night against Colby Covington. But for those who’d been at the top like retired former double-champ Henry Cejudo, there could be one thing lacking.

“Two (titles are) better than one. I’d put myself ahead of Usman as of right now,” Cejudo said on the Triple C & Schmo Show. “As a matter of fact, this is how I have it: Jon Jones, Demetrious Johnson, Anderson Silva, Georges St-Pierre, and I’mma put Triple C at number five in GOAT mountain. Just for the sake of I have two belts. And the people that I’ve beaten are the best of my generation.

Cejudo is now making a case for a possible 185-pound super fight between Usman and Israel Adesanya.

“There’s only one take in my side, and that’s saying go up and fight your African brother. Because you know what? This is about legacy.

“If it’s African pride, I kinda get that, but I don’t get that. Actually, as a matter of fact, I really don’t get that, because, to me, it’s all about legacy. Somebody else in the near future is gonna be able to go through the same run as Kamaru Usman did.

Usman already spoke about the possibility of fighting his “guy” Adesanya, saying he would only do it to the tune of $100 million. 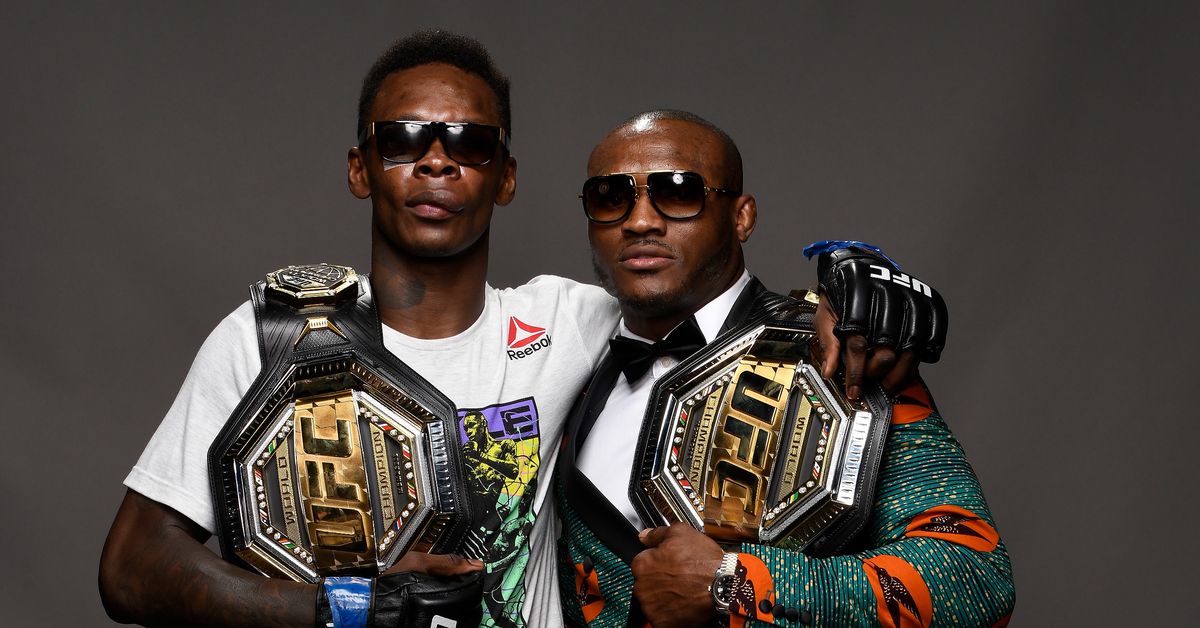