by johnathon block
in Africa News
Reading Time: 4 mins read
A A
464
SHARES
1.8k
VIEWS
Share on FacebookShare on Twitter

At the 2021 UN climate change conference in Glasgow, moving between the corporate slickness of the official “Blue Zone” (a UN-managed space which hosts the negotiations) and the wider fringe was quite a disconcerting experience for me. These were two different worlds. Everyone was committed to saving the planet, but there were highly diverging views about how to do it.

A welter of announcements on everything from coal to methane to forests dominated the opening days. Large numbers were discussed and ambitious targets were set. The bottom line was keeping alive the Paris agreement to pursue efforts to limit global warming to 1.5°C, while assuring a ‘transition’ to a low-carbon future.

The contradictions were all too apparent at this year’s conference, known as COP26. The hired exhibition spaces in the conference centre were hosted by fossil fuel polluting countries and sponsored by large corporations. Corporate spin, also known as greenwash, abounded. There were a few African delegations with their own space and a vanishingly few civil society voices in the main venue.

Meanwhile, the discourse was very different in parallel fora. Here the talk was of inequality, climate justice and reparations. The focus was on radical transformations of systems of production and consumption. Many were critical of business-led and market-based solutions to climate change.

There was passion, commitment and a real sense of anger and frustration about the main conference. Huge suspicion around the corporate takeover of the climate agenda swirled, with much commentary on the double standards of the UK hosts, still proposing a new coalmine and oilfield as part of a so-called ‘transition’.

Unlike a decade ago, there was no climate scepticism on show. But how to address the underlying causes of climate change in capitalism remains the big, unaddressed challenge.

As a researcher working on pastoralism as part of a European Research Council funded project, I was at the COP together with a delegation of pastoralists from different parts of the world, all linked to the World Alliance for Mobile Indigenous Pastoralist Peoples. We were definitely on the fringe of the fringe.

We hosted a photo exhibition exploring pastoralists’ own perceptions of climate change and uncertainty from across the world. We engaged in a dialogue with Scottish farmers and food groups, focusing on the future of livestock production under climate change. And our ‘sheep for the climate’ action brought a group together to discuss why livestock are not always bad for the planet, together with some fine rare breed sheep.

When I managed to find a few events in the Blue Zone (not an easy task) relating to our research, they were mostly extremely disappointing. There were parallel conversations going on. If climate change is genuinely a shared challenge for all of humanity, dialogue between different viewpoints is vital.

Within the main conference, there was much talk about trees and ‘nature-based solutions’ across multiple sessions, for instance. The mainstream media hailed the agreement on deforestation, but a significant part of this simply replicates the failed programmes of the past. Under such programmes, forest protection in the global south is used as carbon offsets for large polluting companies and rich, consuming publics in the north.

The huge ecosystem restoration efforts being proposed potentially cause real problems for pastoralists. This is because large areas of open rangelands are earmarked for tree planting and biodiversity protection through exclusion. These so-called nature-based solutions are frequently new forms of colonialism, opening the gates to ‘green grabbing’, where land and resources are appropriated in the name of environmental conservation.

Methane was also a hot topic. The huge reductions in emissions proposed under the Global Methane Pledge have major implications for livestock production. Yet a session I attended was obsessed only with technical solutions — feed additives, methane-reducing inhibitors and vaccines, seaweed supplements, even face masks for cows.

Once again, livestock systems were lumped together, without differentiating between highly polluting industrial systems and more climate-friendly extensive systems, such as African pastoralism. Indeed, many of the solutions proposed are already being practised in extensive grazing systems. The problem I guess is that these practices could not be patented and sold by agribusinesses.

So how do these two worlds intersect? Everyone is keen on nature, no-one wants catastrophic climate change, but why are the solutions so divergent? At root, the two camps (and many in between) have different views on the role of capitalism in climate change.

For those in the Blue Zone, a long-term shift from reliance on fossil fuels is (largely) accepted. But capitalism in its new green guise, many argue, can save the day through technology investment and market mechanisms – and notably through the plethora of offsetting schemes that make up the net-zero plans.

By contrast, critical civil society and youth voices argue that capitalism is the root cause of the problem, together with its handmaiden colonialism. The only solution therefore is to overhaul capitalism and dismantle unequal global power relations. But how, through what alliances?

In a recent paper — climate change and agrarian struggles – we explored the challenges of ‘eroding capitalism’ to create structural transformation and climate justice. However, in Glasgow I missed these crucial, political debates about ways forward. Are new styles of multilateral negotiation possible? Can genuine inclusion occur, going beyond the performance of participation where an ‘indigenous’ person or ‘community’ leader is co-opted? Can a true dialogue emerge about our common future?

I of course had very limited exposure to the thousands of simultaneous events. But my sense was that there was little meaningful interchange between different positions. Two worlds talked past each other or – because of restricted access, problems with visas and the high costs of attending — never even met. 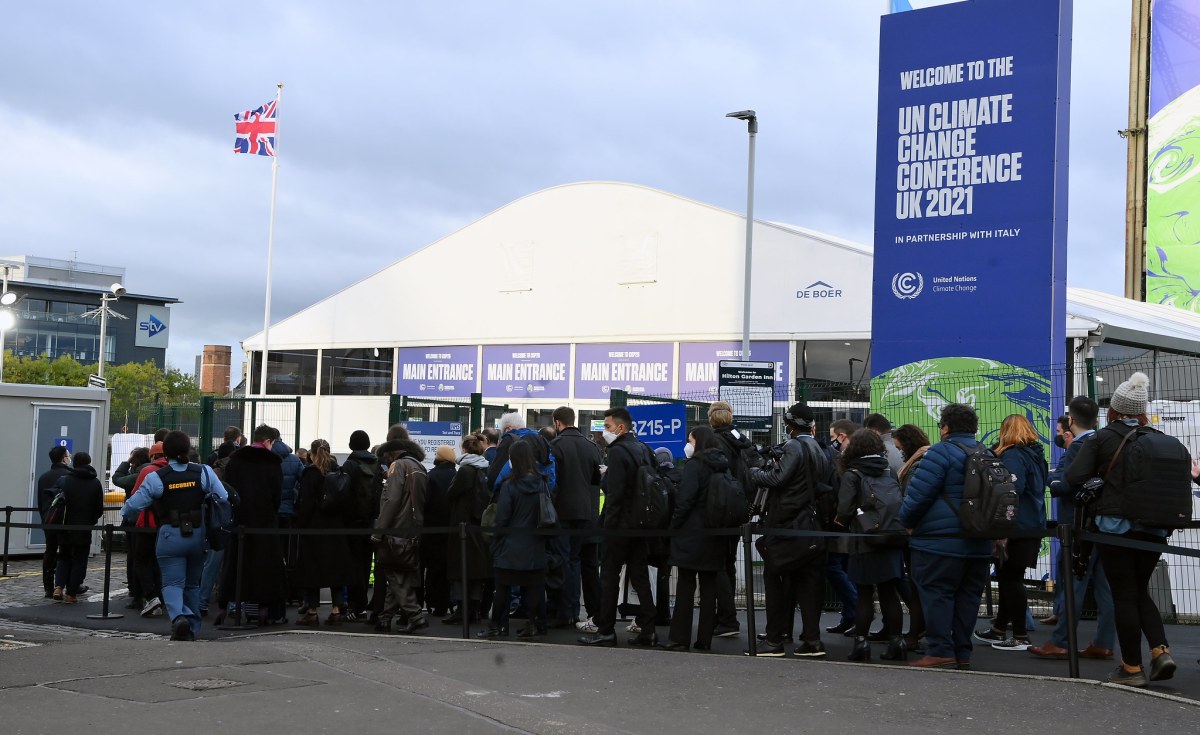