by friends of loch lomond and the trossachs
in COVID-19
Reading Time: 3 mins read
A A
464
SHARES
1.8k
VIEWS
Share on FacebookShare on Twitter

In a move to tackle Loch Lomond’s chronic litter problems following the easing of COVID 19 travel restrictions, independent conservation charity the Friends of Loch Lomond and the Trossachs, introduced a pilot litter bin scheme in laybys beside the busy 13 mile stretch of the A82 on Loch Lomondside between Arden and Tarbet over the summer months

This litter initiative was part of a larger £90,000 Two Lochs Visitor Management Project, led by the Friends with considerable volunteer input, that also included providing temporary toilets at the busy Duck Bay and Arrochar visitor hotspots as well as introducing seasonal village visitor wardens. The funding for the litter pilot scheme was provided by NatureScot from their Green Recovery Fund and the Hannah Stirling Loch Lomond Trust with some additional sponsorship from waste recycling company ENVA.

The installation of 20 bins in lay-bys and twice weekly litter collections over the busy summer months has been truly transformative and additional litter and fly-tipping clearing work by volunteers, the local Community Service team, Argyll & Bute Council and the Park Authority have also helped improve the litter situation along what continues to be one of the busiest tourist routes in Scotland with over 6 million vehicle movements annually.

Following the success of the pilot scheme, the Friends have allocated funds to extend the litter bin initiative over the winter months while longer term plans are developed for an innovative year-round ‘Adopt a Bonnie Banks Bin’ scheme with support from potential private and public sector partners.

John Urquhart, Vice Chair of the Friends said: ’’There is a substantial body of evidence from our regular monitoring activity that, despite the considerable volumes of traffic and pressure on the A82 along West Loch Lomondside, not only were the lay-bys mostly clear of litter, but so also were the road verges between the lay-bys. This is also reflected in the very positive feedback we have received from appreciative residents, businesses, and visitors.

The pilot project has proved that if you provide bins and keep a place litter free, most people will treat the area with more respect and will respond to this and with a substantial drop in incidents of thoughtless littering.’’

A comprehensive evaluation report has been prepared for the pilot layby litter bin scheme and is being widely circulated. This report also aims to build on the success of the pilot scheme and outlines proposals for a blended funding solution to continue with the existing scheme and to possibly expand it further.

A series of other practical recommendations are made in the report including the urgent need to prepare and adopt a coordinated A82 litter action plan involving various agencies and other stakeholders such as the Friends and local communities so that further progress can be made in tackling litter problems along the busy A82 Loch Lomondside corridor in future years.

Jackie Baillie MSP, a strong supporter of the pilot scheme, has welcomed the publication of the report and she said: ‘’The Friends have delivered a very practical litter initiative which has made a real difference. The findings of the report, the positive feedback received locally and the evidence on the ground has clearly demonstrated that the provision of litter bins in lochside lay-bys, that are regularly emptied, are a very effective way of helping to manage and control litter in areas where there are high levels of visitor pressure.’’

She added: ‘’It is encouraging some local businesses are willing to step in and help fund the roll out of an ‘Adopt a Bonnie Banks Bin’ scheme next year. However, it is important that public agencies also contribute funds to ensure a truly sustainable scheme is in place and I will be asking them to help as it is essenial further steps are taken to continue improving litter situation along the A82 on Loch Lomondside and it should not be left to a local charity to step in to do this on an ongoing basis.’’

Along the stretch of the A82 in West Dunbartonshire, the Council currently funds the provision of litter bins in lay-bys and regular collections, and this has been successful over many years while neighbouring Argyll & Bute Council has not provided bins in lay-bys along their section of the A82 on the lochside. This led to serious litter problems before the Friends stepped in with the pilot project this summer to show what a difference providing bins and regular collection services can make.

Press release distributed by Pressat on behalf of Friends of Loch Lomond and The Trossachs, on Monday 8 November, 2021. For more information subscribe and follow https://pressat.co.uk/ 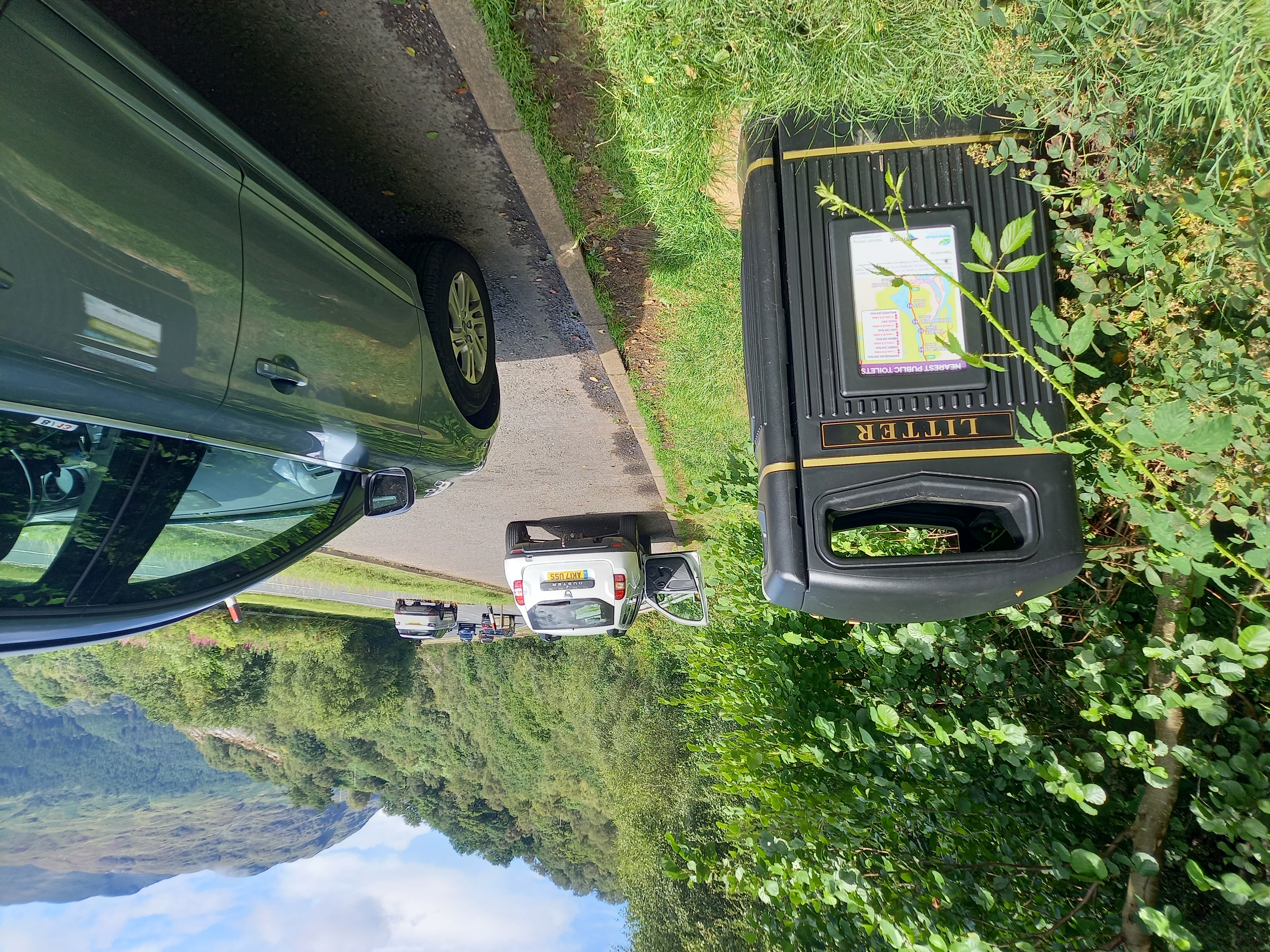