by dean boyle
in Africa News
Reading Time: 2 mins read
A A
464
SHARES
1.8k
VIEWS
Share on FacebookShare on Twitter

Pitso Mosimane and Percy Tau return to South Africa ahead on the international break with two very different missions in mind on the flight back to their home country.

Mosimane is returning home for a break from the pressure of football and coaching one of the biggest side’s on the continent.

He has had to contend with the tremendous pressure of coaching African giants, Al Ahly. From the expectations of constant success to drama around fines and players leaking his tactics.

Jingles has certainly produced a diamond under this pressure. He secured a 5-3 victory over rivals Zamalek on Friday to follow up from a 4-0 triumph over Ismaily.

His side qualified for the CAF Champions League in fine style too, securing a resounding 6-1 second leg victory over Gendarmarie Nationale.

For Mosimane, the return to SA acts as a much-needed breather, a well deserved break.

He flew back ready to relax while Tau returned back as a man on a mission.

The Lion of Judah returns to Bafana Bafana when he is needed most – at the cusp of their World Cup qualifiers.

Tau returns to the national setup after missing the last two games due to injury. He may have been fit for the recent double-header against Ethiopia but was forced to stay and train with Al Ahly.

Tau knows how important he is to Bafana, they are so close to potentially qualifying for the next stage of qualifiers. Hugo Broos’ side need just four points from their next two matches to achieve this feat.

Their next match is against Zimbabwe at home (11 November) and Ghana away (14 November).

Tau will be hoping to play his part on getting his team through to the next stage upon his return to the SA. 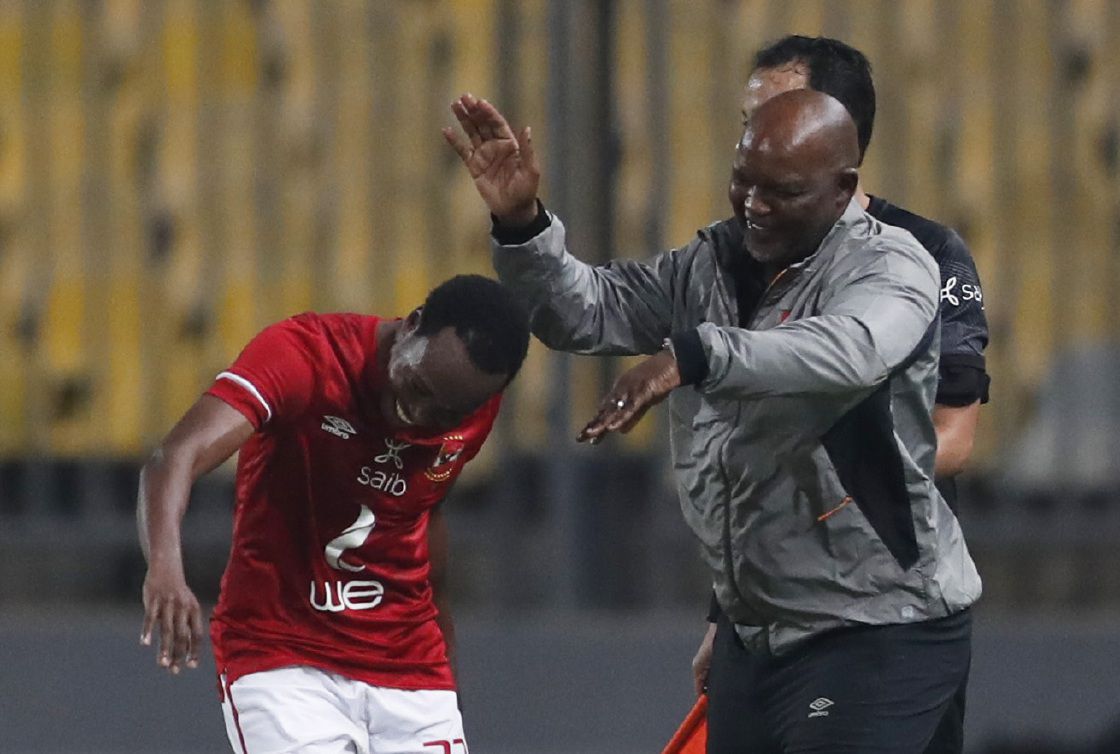