How to claw back gains of women’s empowerment

This year marks 65 years since 20 000 women marched in defiance against the extension of pass laws that would further restrict the social and economic freedom of movement of most women in South Africa.

These laws are an ugly relic from an ugly past, but social and economic restrictions for the women of South Africa stubbornly remain present.

The advances made since 1994 towards women’s empowerment are now threatened by the spectre of unemployment. Of the 7.8-million unemployed people in South Africa, 36.8% are women. The unemployment rate among men stands at 32.4%.

The Covid-19 national lockdown, which came into effect early last year, forced an almost-total economic shutdown, adding to the woes of South Africa’s women, who were already contending with gender-based discrimination and violence.

According to the first wave of the National Income Dynamics Study – Coronavirus Rapid Mobile Survey (NIDS-CRAM) –  a telephonic survey aimed at tracking the socioeconomic effects of Covid-19 in South Africa – women had been disproportionately affected by unemployment from as early as the first month into the lockdown. In April last year, 36% of the women interviewed said they were employed. Just over a year earlier, 46% of South African women said they were working, which shows a massive drop in the number of employed women.

Women were more likely to lose their jobs under hard lockdown, and less likely to recover as the lockdown eased, compared to men.  In addition to this, women spent considerably more time on childcare and were less likely to access government’s Covid-19 income support grants.  Findings from the NIDS-CRAM survey over the last year indicate that the pandemic has led to an increase in gender inequality in South Africa, throwing us into a “she-cession”.

How can we turn this “she-cession” into an opportunity to bolster a movement of women entrepreneurs?

This network of franchisees can work independently and with flexibility, setting their own work schedule to fit in with the competing demands of their lives. The flexibility also allows supplementation of existing income where there is, or reliance on their franchise earnings to support herself and her family.

One of the franchisees in the network, Sinikiwe Mqadi, has had the opportunity to carve her own path in entrepreneurship and make an extra income while holding down a full-time job.

In order to maximise its offerings to franchisees and ensure their financial success, collaboration with civil society actors working in female entrepreneurship was key. Relationships with other organisations have been crucial in giving Flourish franchisees a chance to supplement their income and improve their livelihoods.

The Clothing Bank works with unemployed mothers to start retail trading micro-enterprises, Amazi SheTribe offers women opportunities to invest in themselves both internally and externally and SmartStart is a national social franchise of early learning practitioners who provide quality early learning to children aged three and four years.

The precarity of formal employment caused by Covid-19 requires women in South Africa to look for alternative avenues of income if they are to withstand, or recover from, the economic shocks in the wake of Covid-19. Civil society efforts need to shift towards working with women to create entrepreneurial opportunities that tap into their innate resourcefulness.

To do so, we need to march side by side, pooling the strengths of our respective sectors to create incubators of entrepreneurial activity and ongoing collaboration. As the ones who have been hardest hit by Covid-19 and the country’s jobs bloodbath, it only makes sense for women to be at the forefront of rebuilding our economy. 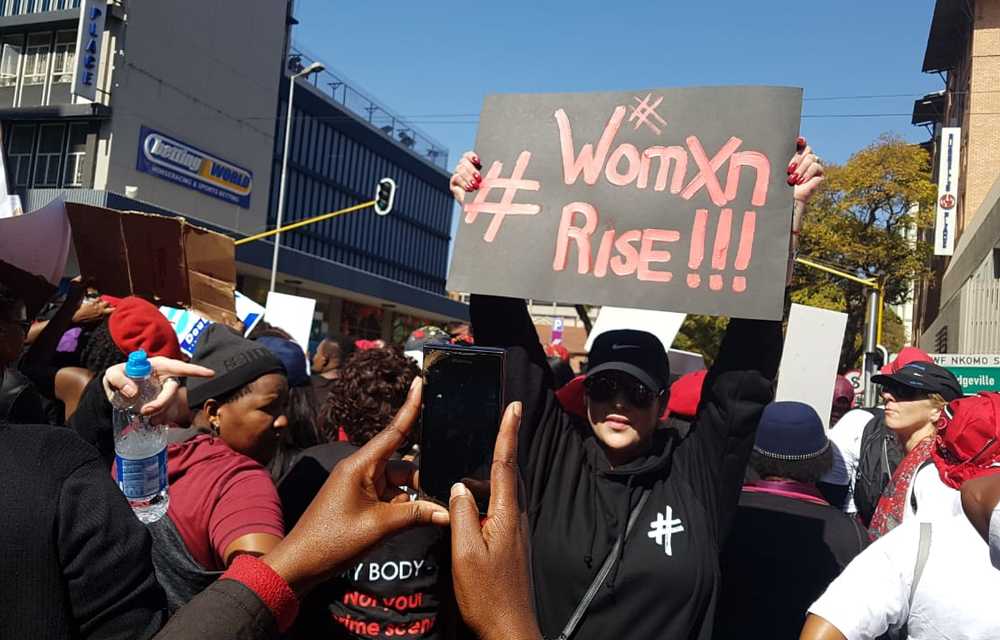 AP PHOTOS: ‘If they die, we all die’: Drought kills in Kenya