by margarete motsinger
in Africa News
Reading Time: 4 mins read
A A
467
SHARES
1.8k
VIEWS
Share on FacebookShare on Twitter

The reconstructed skull of “Leti,” a young Homo naledi. The skull was found inside a tiny passageway deep within a South African cave, and probably dates back more than 241,000 years.  (Image credit: Wits University)Deep within South Africa’s Rising Star cave system, in a dark passageway barely 6 inches (15 centimeters) wide, scientists have discovered the fragmented skull of a Homo naledi child they’re calling “Leti.” How the little skull ended up in such a remote part of the cave is a mystery, though the discoverers suspect it could be evidence of an intentional burial.

“Leti,” short for “Letimela,” or “Lost One” in the Setswana language of South Africa, probably lived between 335,000 and 241,000 years ago, based on the ages of other remains found in the enigmatic cave. Fossil fragments belonging to about 24 Homo naledi individuals have been found in the cave system since 2013, when the first fossils from this human ancestor were discovered in what’s now known as the Dinaledi Chamber.

The presence of so many individuals from a single species in the cave is mysterious. The only way in is a 39-foot (12 meters) vertical fracture known as “The Chute,” and geologists and spelunkers have so far found no evidence of alternative entrances into the passageways. Leti’s small skull was found scattered in pieces on a limestone shelf about 2.6 feet (80 cm) above the cave floor. The spot sits in “a spiderweb of cramped passages,” Maropeng Ramalepa, a member of the exploration team, said in a statement.

Leti’s skull fits into the palm of a modern human hand. (Image credit: Wits University)Image 2 of 4

Research team members exploring the cave had to squeeze through spaces barely 6 inches (15 cm) wide when exploring the labyrinth of passages where Leti was found. (Image credit: Wits University)Image 3 of 4

Teeth from the Homo naledi child “Leti.” The teeth indicate that Leti died around the time of the eruption of the first permanent molars, which would be between the ages of 4 and 6 in modern humans. (Image credit: Wits University)Image 4 of 4

The reconstructed skull of “Leti,” a young Homo naledi. The skull was found inside a tiny passageway deep within a South African cave, and probably dates back more than 241,000 years. (Image credit: Wits University)A complicated ancestorThe area is barely navigable for experienced spelunkers with modern equipment, according to a new paper published Thursday (Nov. 4) in the journal PaleoAnthropology. There is no evidence that animals carried the H. naledi bones into the cave — there are no gnaw marks or evidence of predation. The bones also appear to have been placed in the cave, not washed in, as they were not found mixed with sediment or other debris.

That leaves open the possibility that more than 240,000 years ago, human ancestors with orange-size brains deliberately entered a dark, maze-like cave, perhaps through a vertical chute that narrows to 7 inches (18 cm) in places, and placed their dead inside.

No tools or artifacts have been found alongside the Rising Star cave system fossils. There are few signs of other animals entering the caves, beyond two specimens of juvenile baboons, at least one of which may be much older than the Homo naledi remains.

This human ancestor lived at the same time as early Homo sapiens, John Hawks, an anthropologist at the University of Wisconsin-Madison who studies the remains, told Live Science in 2017. Their apparent forays into the cave suggest that they were among modern humans’ smarter ancestors, and that they had mastered the use of fire to light their explorations, Hawks said. According to the Smithsonian National Museum of Natural History, H. naledi walked upright, stood about 4 feet, 9 inches (1.44 m) tall and weighed between 88 and 123 pounds (about 40 and 56 kilograms).

The new skull — which fits into the palm of a modern human hand — should reveal more about H. naledi’s growth and development. While a few jaw fragments from juveniles have been found in the cave, this is the first time researchers have discovered bones from the skull case, or cranium. They also discovered six teeth.

The researchers did, however, find more fossils in this subterranean maze. These included the second-ever piece of evidence of a juvenile baboon in the cave; a single arm bone probably belonging to H. naledi; a trove of 33 bone fragments that also likely belonged to an H. naledi individual or individuals; and Leti. Details on Leti’s skull were also published Nov. 4 in the journal PaleoAnthropology.

The partially preserved skull was broken into 28 fragments. When reconstructed, these fragments revealed much of the child’s forehead and some of the top of the head. The teeth consisted of four unworn permanent teeth and two worn baby teeth. Their development and wear indicate that the child was at the age where the first permanent molars were breaking through the gum. In a human child, this would correspond to about 4 to 6 years of age. It’s not known if H. naledi developed faster; if so, Leti may have been younger than 4 when he or she died.

“[T]his begins to give us insight into all stages of life of this remarkable species,” Louisiana State University anthropologist Juliet Brophy, who led the study on Leti’s skull, said in the statement.

Stephanie Pappas is a contributing writer for Live Science covering topics from geoscience to archaeology to the human brain and behavior. A freelancer based in Denver, Colorado, she also regularly contributes to Scientific American and The Monitor, the monthly magazine of the American Psychological Association. Stephanie received a bachelor’s degree in psychology from the University of South Carolina and a graduate certificate in science communication from the University of California, Santa Cruz. 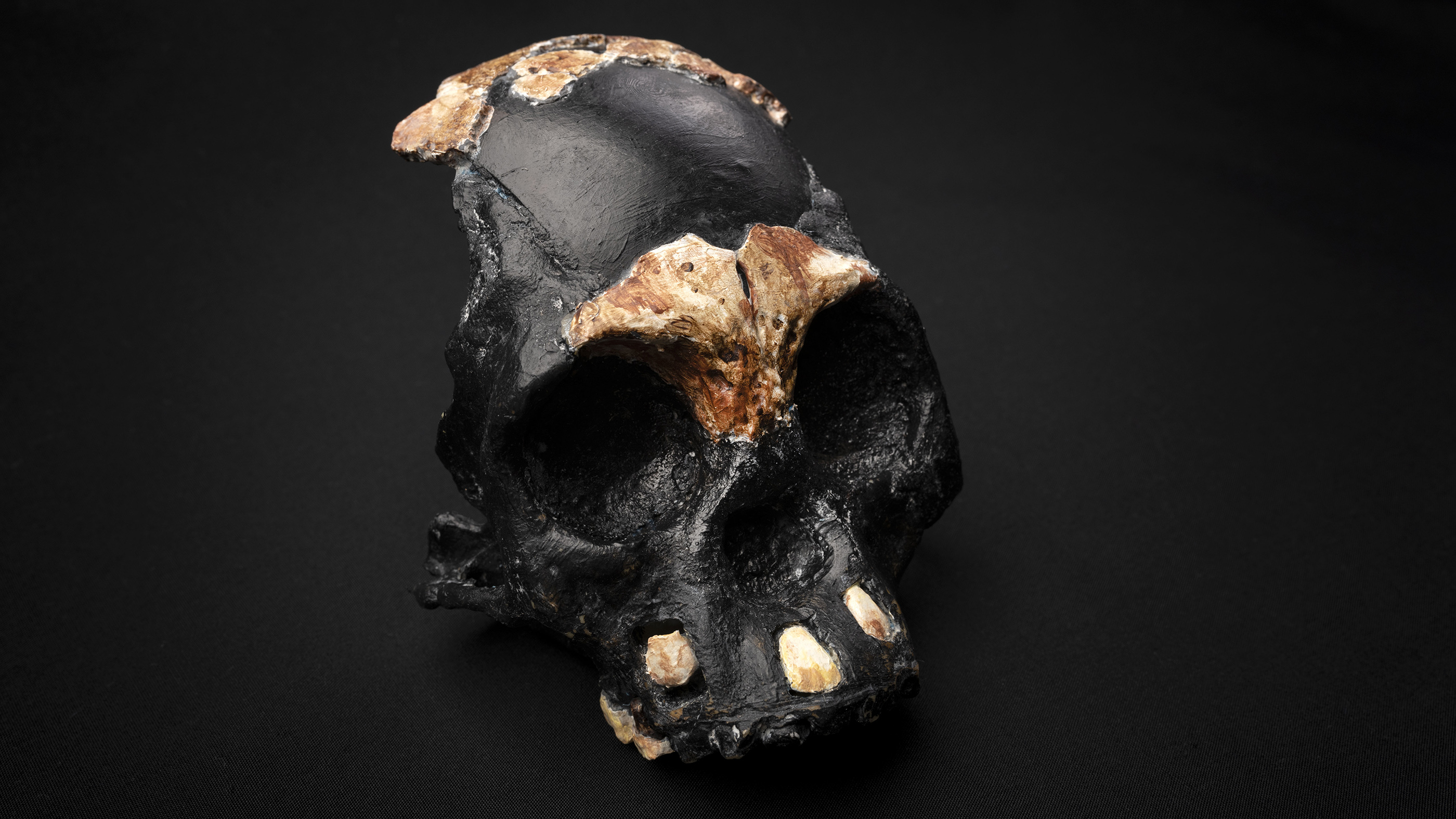 AP PHOTOS: ‘If they die, we all die’: Drought kills in Kenya

AP PHOTOS: 'If they die, we all die': Drought kills in Kenya