by tami mongold
in COVID-19
Reading Time: 3 mins read
A A
464
SHARES
1.8k
VIEWS
Share on FacebookShare on Twitter

Tobago recorded its first case of the Covid Delta variant yesterday while it continued its community spread among all counties in Trini­dad.

Chief Medical Officer Dr Roshan Parasram announced yesterday that a person in Tobago has been identified as the island’s first case, while five additional cases have been recorded in Trinidad.

In delivering the clinical update for the previous 24 hours at yester­day’s Ministry of Health’s virtual Covid-19 news conference, Parasram said the total number of Delta cases in T&T stood at 32 people.

The Government and its Co­vid-19 medical team have continued to urge people to get vaccinated against the virus as this has been shown largely effective against hospitalisation, severe illness and death if the virus is contracted.

Exposing the geogra­phic distribution of the Delta variant so far as the mutation is now in community spread locally, Parasram said:

He said data was being collected by the County Medical Officer of Health (CMOH) and epidemio­lo­gist Dr Avery Hinds, which would be presented later on.

Health Minister Terrence Deyalsingh later confirmed that the T&T Government has identified a country to which a tranche of AstraZeneca Covid-19 vaccines is to be donated.

However, Deyalsingh declined to say which territory the gift would be going to, adding that this would be more appropriately addressed by the arm of the State charged with the responsibility, the Ministry of Foreign and Caricom Affairs.

Deyalsingh said the diplomatic arrangement would have been one of “government to government”.

Late yesterday, Minister of Foreign and Caricom Affairs Dr Amery Browne said T&T has made excellent progress towards sharing its excess AstraZe­neca vaccines prior to expiry.

“You would recall that we benefited from the generosity of our neighbours and other nations during a phase of the pandemic when there were extreme challenges in acquiring WHO-approved vaccines. The Prime Minister’s commitment at that time was that we in turn would do everything possible to share with others, contingent on stocks at hand,” he said.

He said his ministry has been working very closely with the Min­istry of Health in approaching Ca­ribbean and Latin America countries with offers to share AstraZeneca vaccines.

“A series of diplomatic notes were exchanged, and there has been extensive bilateral dialogue, all with the objective of avoiding any wastage,” he said.

“Additionally, we are in the final stages of arranging other consignments for elsewhere in the region, in collaboration with the Pan American Health Organisation (PAHO). In each and every case thus far, our discussions have resulted in the recipient countries covering the cost of transportation of the vaccines,” he said. 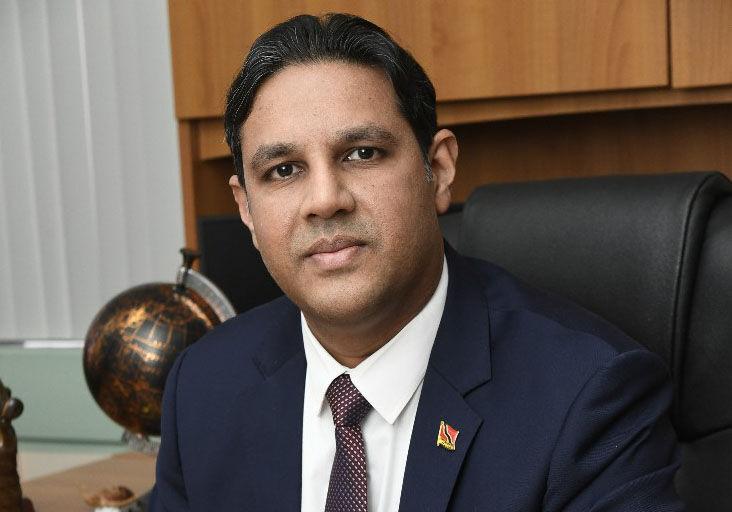