by stephania lanz
in Africa News
Reading Time: 2 mins read
A A
464
SHARES
1.8k
VIEWS
Share on FacebookShare on Twitter

“We are going to concentrate on helping those who are critically injured right now,” Bio said after returning from Britain, where he had been attending the COP26 climate conference.

Reiterating the government’s promise of free treatment for the injured, the president added that the country “must learn from this unfortunate incident.”

“Let us come together and learn from this, let us say never again it will happen,” he said.

The blast happened when a fuel tanker collided with another truck at a petrol station on Friday night, according to witnesses.

The flames then spread, burning people in cars and on roads nearby.

The majority of the victims were street vendors and motorcyclists, many of whom were caught in the blaze while trying to retrieve fuel leaking from the tanker before it ignited, an eyewitness said.

Hundreds of people were picking through the wreckage on Sunday for any valuable materials they could find.

“We need help to restart our lives all over again.”

The National Disaster Management Agency said 98 people had been killed and 92 more taken to hospital after the explosion in an industrial area of Freetown.

Bio said on Sunday the authorities were working on plans to give a “dignified burial” to those killed in the accident.

Health Minister Austin Demby warned that “at the moment we don’t have enough medical supplies” to treat all the victims.

But he added that after contacting the World Health Organization, the government was “very hopeful for a huge medical consignment to reach Sierra Leone in the next 24 hours.”

Bio was expected to meet victims in hospital later on Sunday. — Agence France-Presse 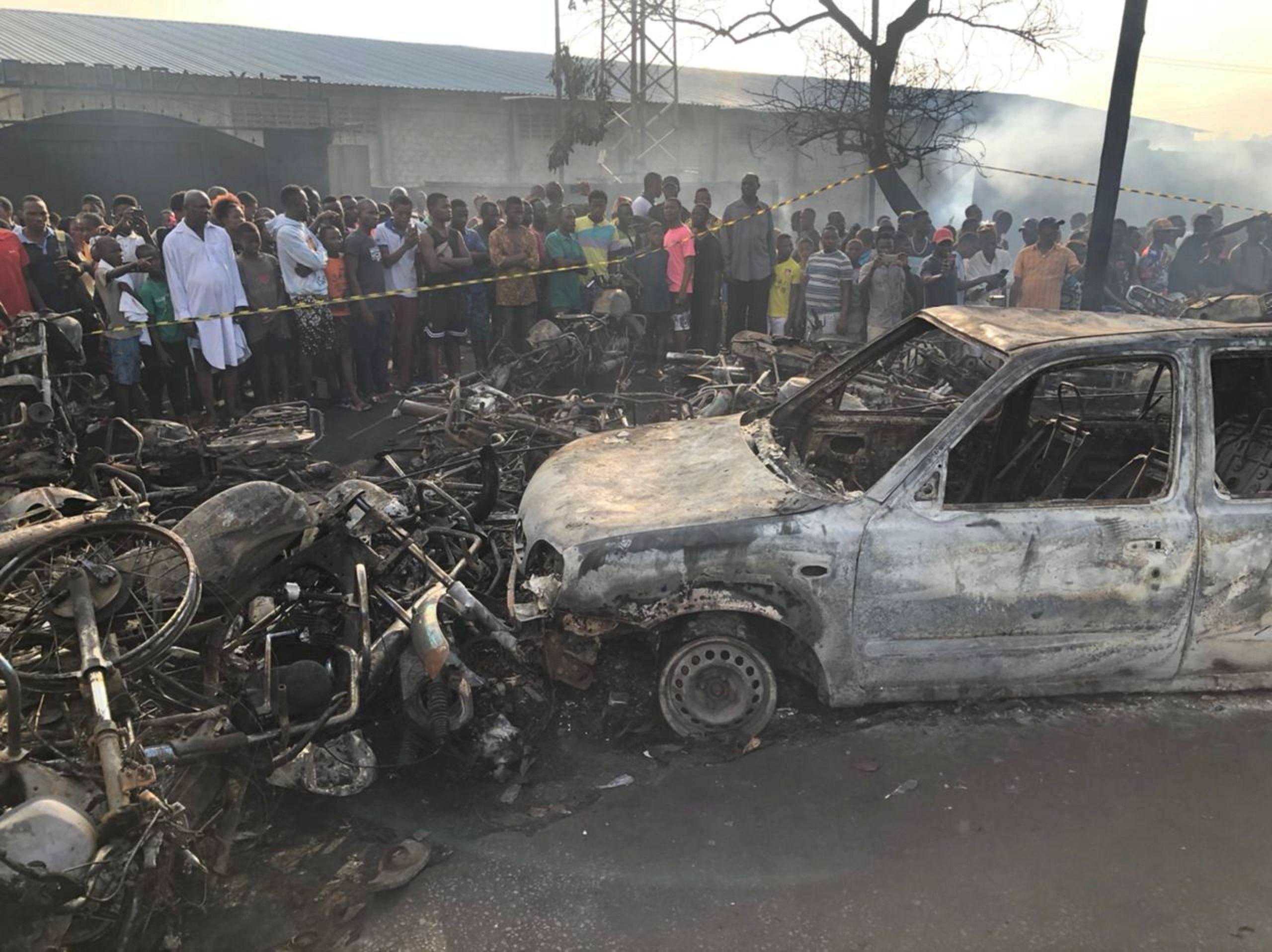