by camellia lanz
in COVID-19
Reading Time: 4 mins read
A A
464
SHARES
1.8k
VIEWS
Share on FacebookShare on Twitter

Business activity accelerated in some of the world’s largest economies owing to a pickup in the services sector that has offset weakness in manufacturing caused by supply-chain bottlenecks and rising prices.

Surveys of purchasing managers conducted over recent weeks point to increased growth in the U.S., Japan and Australia due to easing fears of the Delta variant of Covid-19.

In Europe, however, growth slowed due to reduced factory activity as businesses reported difficulties getting hold of the parts and raw materials they needed.

That combination likely means the global economy will continue to recover in the final months of the year, but not at the pace reached in the second quarter, when reopenings led to a growth spurt.

Private data firm IHS Markit said Friday that its composite Purchasing Managers Index for the U.S. rose to a three-month high of 57.3 in October from 55 in September. A reading above 50 indicates growth, while a level below 50 signals contraction.

U.S. growth was driven by the service sector, which hired at the quickest pace since June, the IHS survey showed. Businesses said they were struggling to meet increased demand because of supply-chain backups and a shortage of available workers.

Figures for gross domestic product to be released in the U.S. and Europe next week are expected to point to a slowdown in the three months through September. Economists surveyed by The Wall Street Journal expect the U.S. economy grew at a seasonally adjusted annual rate of 3.1% in the third quarter, down from 6.7% in the second quarter.

Earlier this week, China reported a sharp slowdown in growth in the third quarter, when the economy expanded 4.9%, compared with 7.9% during the previous three months, in part due to supply-chain problems and energy shortages.

Input prices rose steeply because of supply problems, higher labor and shipping costs and a shortage of raw materials. The U.S. consumer-price index rose 5.4% in September from the previous year, the Labor Department reported earlier this month.

“While the economy looks set for stronger growth in the fourth quarter, the upward rise in inflation pressures also shows no sign of abating,” said Chris Williamson, chief business economist at IHS Markit.

For European factories, delivery times for inputs lengthened and their prices increased at a record pace. The eurozone’s annual rate of inflation hit a 13-year high in September and is set to move even higher before the end of the year. However, many economists continue to view the acceleration in price rises as a temporary problem that will be resolved when factories world-wide have had the time to add capacity and meet strong consumer demand.

“Our view is that monetary policies in most economies should remain highly accommodative because employment has yet to reach precrisis levels and there are few signs that price increases are translating into broad-based wage pressures,” said Alfred Kammer, head of the International Monetary Fund’s European department.

Japanese and Australian businesses also report supply shortages and rising costs, but in both countries the surveys of purchasing managers pointed to a pickup in growth as restrictions imposed earlier in the year were eased. The composite PMI for Japan increased to 50.7 in October from 47.9 in September, indicating a return to growth.

“With virus cases having receded substantially from the record high levels seen in August, and state of emergency conditions in many prefectures removed at the end of last month, today’s Japanese flash PMIs for October cast the economy in a much stronger light than in recent months,” economists at Daiwa Capital Markets wrote in a note to clients.

The Australian measure rose to 52.2 in October from 46.0 in September, also pointing to a return to growth after the lifting of restrictions. 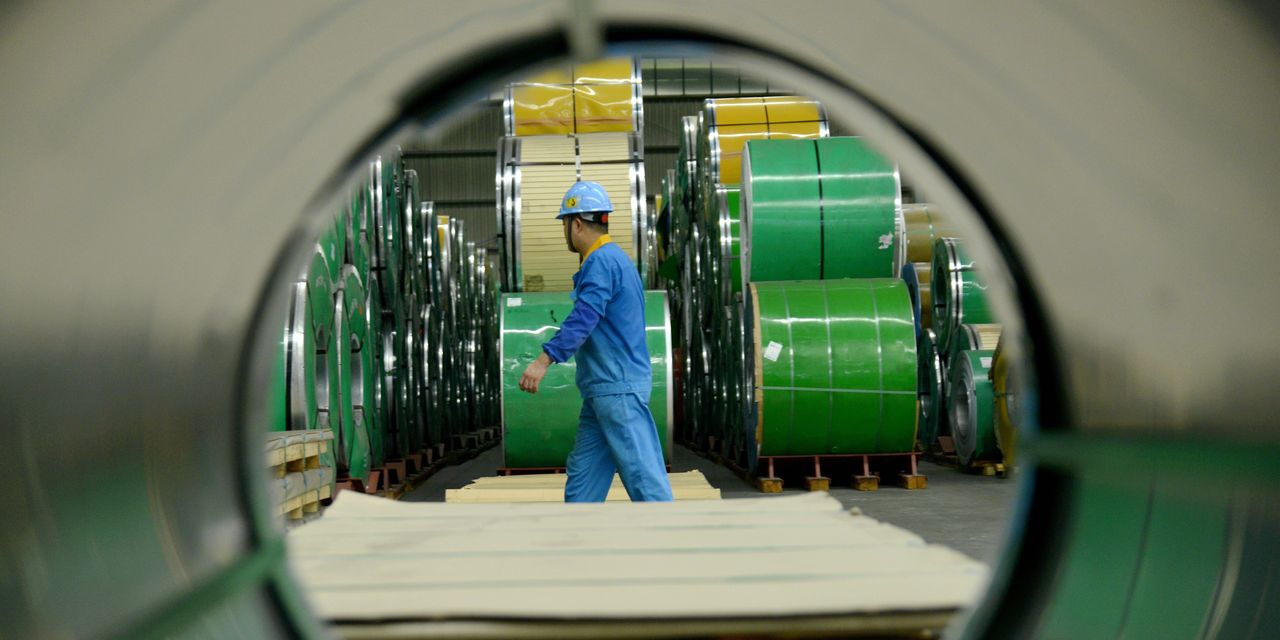