South Africa come from behind to beat Wales 23-18

by raleigh noren
in Africa News
Reading Time: 2 mins read
A A
464
SHARES
1.8k
VIEWS
Share on FacebookShare on Twitter

CARDIFF :South Africa mauled their way over for a late try to snatch a narrow 23-18 victory over Wales at a rain soaked Principality Stadium on Saturday and begin their Autumn international tour on a winning note.

Malcolm Marx scored the only try of the match with seven minutes remaining as the World Cup holders came from behind to take the lead for the first time in the test and record their first victory in Cardiff in eight years.

They were 18-15 behind after the two teams had traded penalties throughout a bruising contest with Dan Biggar kicking six out of six for his side.

Handre Pollard put over four penalties for South Africa, with a long range contribution from his own half by Frans Steyn and an additional three points on the final whistle for Elton Jantjies.

The 34-year-old Steyn, who came on early as injury substitute, was named man-of-the-match not only for his long range kicking but several exciting line breaks.

Wales led 12-9 at the halftime as South Africa struggled to get their mauls going and were poor with their box kicking while Wales look threatening on the few occasions they got ball out wide, especially to their explosive wingers Josh Adams and Louis Zammit Smith.

There was only a single scrum in the first half but South Africa won several penalties from setpieces in the second half as their forward power began to tell.

But they continue to give away penalties as Wales kept themselves in the lead with Biggar making it 18-15 in the 65th minute.

A minute before that, Wales had an one man advantage out wide with substitute Liam Williams in a good position to score when a spectator ran onto the field and disrupted the move.

South Africa won a penalty in easy range to tie the game in the 72nd minute but gambled on kicking for a line out instead of seeking to level the score. It was from the lineout that Marx crashed over as the back of a driving maul that steamrolled the home defence to snatch victory near the end.

South Africa take on Scotland at Murrayfield on Saturday while Wales host Fiji in Cardiff on Sunday in their next test.

(Writing by Mark Gleeson in Cape Town; Editing by xx) 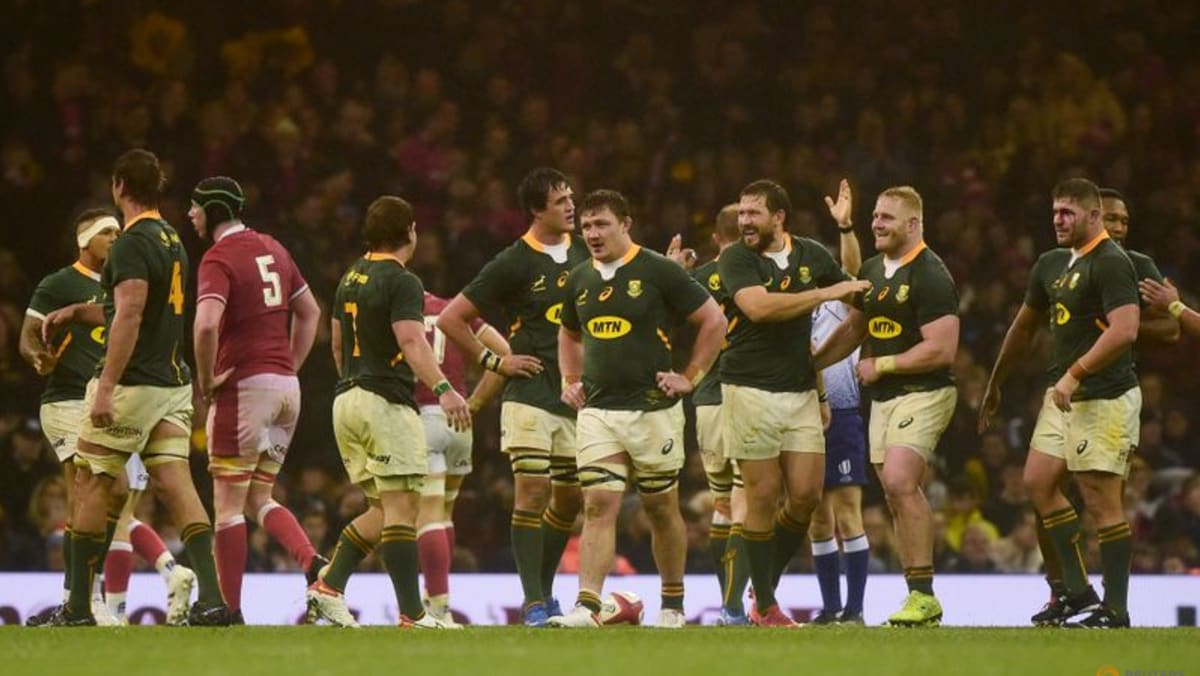