What is the private sector doing to mitigate the effects of the climate crisis?

by eyaaz
in Africa News
Reading Time: 4 mins read
A A
464
SHARES
1.8k
VIEWS
Share on FacebookShare on Twitter

What role is the private sector playing to address climate change? This is one of the key questions being addressed at COP26 under the United Nations Framework Convention on Climate Change, which is currently underway in Glasgow. COP26  has heads of state and governments, civil society organisations, scientists, and businesses from across the globe in attendance to continue ongoing discussions on mitigating climate change. This year, special attention will be paid to the progress made in the implementation of the Paris Agreement, adopted in 2015 at the COP21 in Paris.

The Paris Agreement requires governments to set short-term targets for 2030 and long-term targets for 2050 to address climate change.  Further, developed countries have pledged to help vulnerable countries meet targets by providing financial aid to the tune of $100-billion a year, alongside technical assistance.

The Paris Agreement recognises that all parties to the agreement need to play their part to reduce their greenhouse gas emissions to minimize global warming, and to this end, developing countries are also expected to contribute to keeping global temperatures below 1.5°C or 2°C above pre-industrial levels. Unfortunately, reports indicate that global warming reached 1.2°C in 2020, and the envisaged financial aid to vulnerable countries, derailed in part by the pandemic, has yet to be met.

While Africa’s greenhouse gas emissions are far lower in the global context, the continent is the most vulnerable to climate change effects due to its lack of financial, human, and technical resources, including its high reliance on weather-sensitive activities such as farming and fishing.

South Africa, a party to the United Nations Framework Convention on Climate Change, hosted COP17 in 2011. Since then, there has been a heightened awareness on climate change. However, the country’s dependence on coal goes unabated, with South Africa rated the 12th biggest source of greenhouse gas globally, and Eskom, the country’s national energy supplier, recently reported to be the world’s worst emitter of sulphur dioxide.

South Africa has updated its 2015 NCDs, with priority given to transforming the electricity sector, followed by the transport sector and other critical sectors. However, we must bear in mind that South Africa is a developing country with some of the highest levels of unemployment, poverty, and inequality in the world. This triple scourge requires consistent economic growth, massive funding and, most importantly, sustainable partnerships with business and civil society organisations.

In migrating from coal, helping transition communities reliant on mines for their livelihoods must be a priority. Although the renewable energy market will generate green jobs, these vulnerable communities must not be left behind. To successfully implement the NDCs in the next 10 years, South Africa will need an approximately $64-billion investment programme.

However, with a sluggish economic growth exacerbated by Covid-19, and the July 2021 unrest that cost the country roughly $1,7-billion, $64-billion is a stiff, albeit a necessary, budget requirement. Accordingly, the country’s NDCs ambitions are based on the expectation that developed countries will provide the pledged financial and technical support.

Government should not drive the NDCs just with civil society. The private sector, especially big business, cannot be an island of prosperity in a sea of poverty and destruction, and together with renewable energy suppliers, must provide solutions because, if mismanaged, the transition to a low-carbon economy may exacerbate existing structural inequalities.

What is Vodacom’s role?

In 2020, Vodafone Group, which is a global company based in the UK and a majority shareholder in Vodacom Group (Vodacom), committed to reducing its global carbon emissions to “net zero” by 2040.  Its 2030 carbon-reduction targets have been approved by the science-based Targets initiative in line with the Paris Agreement targets.  The plan is to eliminate all carbon emissions from its own operations by 2030, including purchased and used electricity (Scope 1 and 2); and to eliminate emissions from across its value chain (Scope 3) by 2040. By July 2021, most Vodafone markets had already adopted 100% renewables — a clear launch-pad for net-zero 2030 and 2040 targets.

Energy security is a huge challenge for Vodacom in all its African markets. The company is still heavily reliant on coal-based power supply, especially in its largest market: South Africa.  To address both energy insecurity and operational greening, Vodacom has also committed to halve its environmental footprint by 2025.

Vodacom has developed a roadmap for meeting this 2025 target, underpinned by a four-pronged approach. This approach is tied to executive long-term incentives and monitored by the board’s social and ethics committee as part of the group’s environmental, social, and governance benchmarks. Two recently appointed energy experts are implementing this energy approach as follows:

Vodacom’s environmental, social, and governance initiatives cannot exist in a vacuum – they are beginning to feed into government’s 2030 Paris Agreement NDCs, as well as the SDGs. The company looks forward to the Glasgow-based COP26 and its outcomes, to help accelerate the country’s climate change journey between now and 2050. 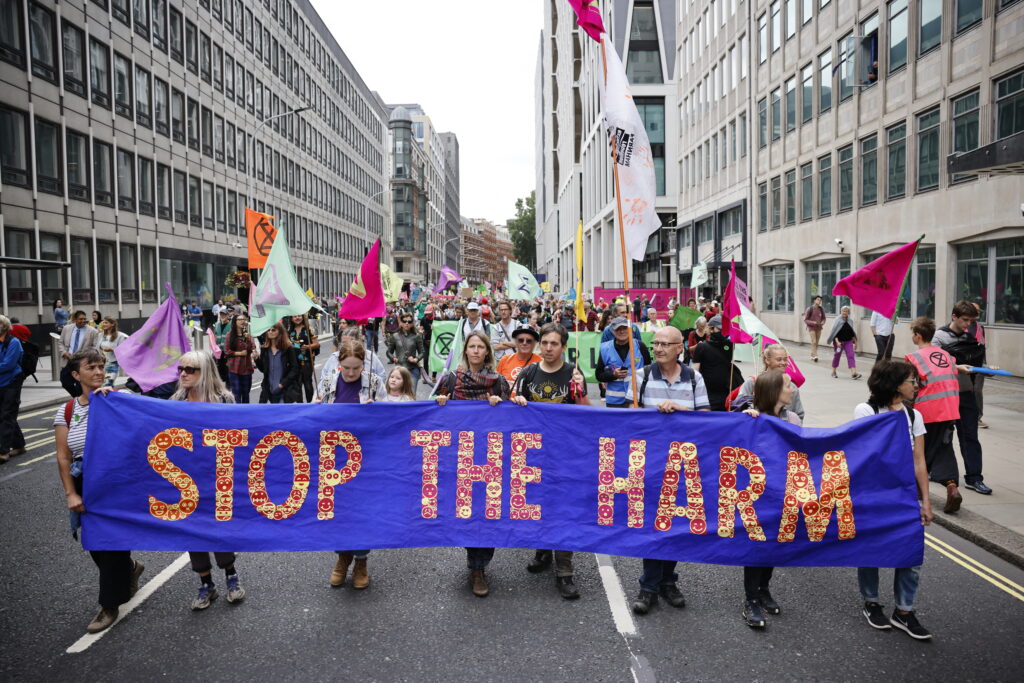