by joan coby
in Africa News
Reading Time: 4 mins read
A A
465
SHARES
1.8k
VIEWS
Share on FacebookShare on Twitter

South Africa’s 2021 local government elections are set to go down in history as a watershed moment in the country’s politics. Electoral support for the African National Congress (ANC) dropped below 50% for the first time since the party ascended to government 27 years ago. Although it won 161 of the 213 contested municipalities, the number of councils without a clear majority of any party nearly quadrupled from 18 to 70.

A significant portion of voters stayed away from voting stations. Most were former ANC voters, continuing the trend from previous elections.

Counting all eligible voters rather than only those who registered, voter withdrawal has reached a critical level. Less than a third of eligible voters — 12 million out of 42.6 million — made their crosses. Rather than apathy, this represents a “deliberate” stayaway vote, as the political analyst Moeletsi Mbeki has argued.

This concerted withdrawal should be read against the results of a recent survey by Afrobarometer, an independent pan-African surveys network. It found that local councils garnered the least trust out of 17 institutions in South Africa.

Almost three-quarters — 72% — of respondents trust local councils “a little or not at all”.

This staggeringly low level of trust has to do with deepening socioeconomic misery. The South African economy was in recession before the COVID-19 pandemic. The economic destruction caused by the pandemic has pushed the unemployment rate to 44.4%, when using the expanded definition that includes jobless people who have ceased seeking work.

The everyday struggle to survive becomes even harder in the face of a terminal deterioration in the provision of basic services by municipalities, such as water and sanitation, combined with corruption and infrastructural collapse that pose further threats to lives and livelihoods.

A truism oft heard from politicians is that government cannot solve South Africa’s problems by itself. But what to do with a government that places impediments in the way of its citizens? This reality at local government level needs to be fixed for South Africans to regain their trust in the democratic process.

More than half of people canvassed by market research group Ipsos believe that local governments do not work optimally. Voter perception of malfunctioning municipalities is confirmed by the oversight reporting of the Auditor-General, Tsakani Maluleke.

She reported irregular expenditure of R26 billion (US$1.7billion) at municipalities in the 2019 to 2020 financial year. Only 27 out of the country’s 257 municipalities received clean audits. Moreover, 57 of municipalities failed to even submit the legally required audits.

Maluleke pointed to a lack of monitoring and supervision underpinning a lack of accountability, with resources being mismanaged and services not provided as they should be.

The Auditor-General’s conclusions accord with voter perceptions. The Ipsos survey found that almost a quarter of respondents thought that local councillors were incompetent or corrupt.

The perception of incompetence is further borne out by a recent study by the Bureau for Economic Research. It revealed that only about half of senior government officials and financial managers had qualifications appropriate to the posts they held.

The ANC’s controversial policy of “cadre deployment” plays a significant factor. The policy entails appointing party apparatchiks to key state positions. Selection is not done transparently. The result is civil servants deeming themselves to be accountable to the party rather than to voters.

This leads to incompetent people being put in charge of finances, including income management, debt collection and municipal projects. The Bureau for Economic Research found operational budgets were over-spent, while capital expenditure stalled at the 2009 level.

As a result, environmental and health catastrophes have hit many municipalities, including raw sewage polluting drinking water.

The geographically central province of the Free State, a water catchment area, is in dire straits. Residents in small towns, from the northern to the southern parts of the province, have struggled for years with untreated human waste and other pollution flooding residential areas.

The crucial Vaal River, the border between the economic heartland of Gauteng province and the Free State, has become severely contaminated. As one of only three major rivers in a water-scarce country, it provides drinking water to 45% of Gauteng’s population. Apart from the risk to human health, scarce fish species have been pushed close to extinction.

The disaster is due to perennial failure on the part of the Emfuleni municipality to sustain maintenance at its wastewater treatment plants.

In a similar case, the Kgetleng Residents Association in Koster, North West province, won their court bid in 2020 to take control of the municipal waterworks. The high court found that the municipality had violated its constitutional obligation of supplying potable water.

This is one among a number of cases in which residents step in where municipalities fail. But, as the Socio-Economic Rights Institute argues, this is not a sustainable solution.

Companies that attempted to bear the overwhelming costs of failing municipal services have eventually faltered. For example, one of the country’s largest poultry producers, Astral Foods, was pushed into technical insolvency after spending millions to compensate for the collapse in electricity and water provision in Standerton in Lekwa municipality, Mpumalanga province.

Infrastructure collapse has also had a major economic impact in Lichtenburg in Ditsobotla municipality, North West province. After years of engaging the local council with no result, dairy company Clover closed the country’s largest cheese factory in Lichtenburg and moved its operations to an existing factory elsewhere. The economically depressed region lost 330 jobs.

Residents’ despair is exacerbated by corruption.Corruption Watch, an NGO that tracks corruption, found that one in six reports received from whistleblowers fingered local government. Irregularities occurred in procurement and staff appointments. Bribery was a common form of corruption, amounting to an extra tax on the poor for state services that remain inefficient.

Given the colossal crises besetting local government, it remains to be seen whether newly elected councillors can win back the trust of the electorate. As these crises were in many cases created by the country’s political class, many voters will be sceptical about whether the appetite even exists to turn the dismal state of local government around.

But perhaps the plunging election turnout – particularly shocking in a country where people struggled for democracy – may finally jolt the political elite into action. 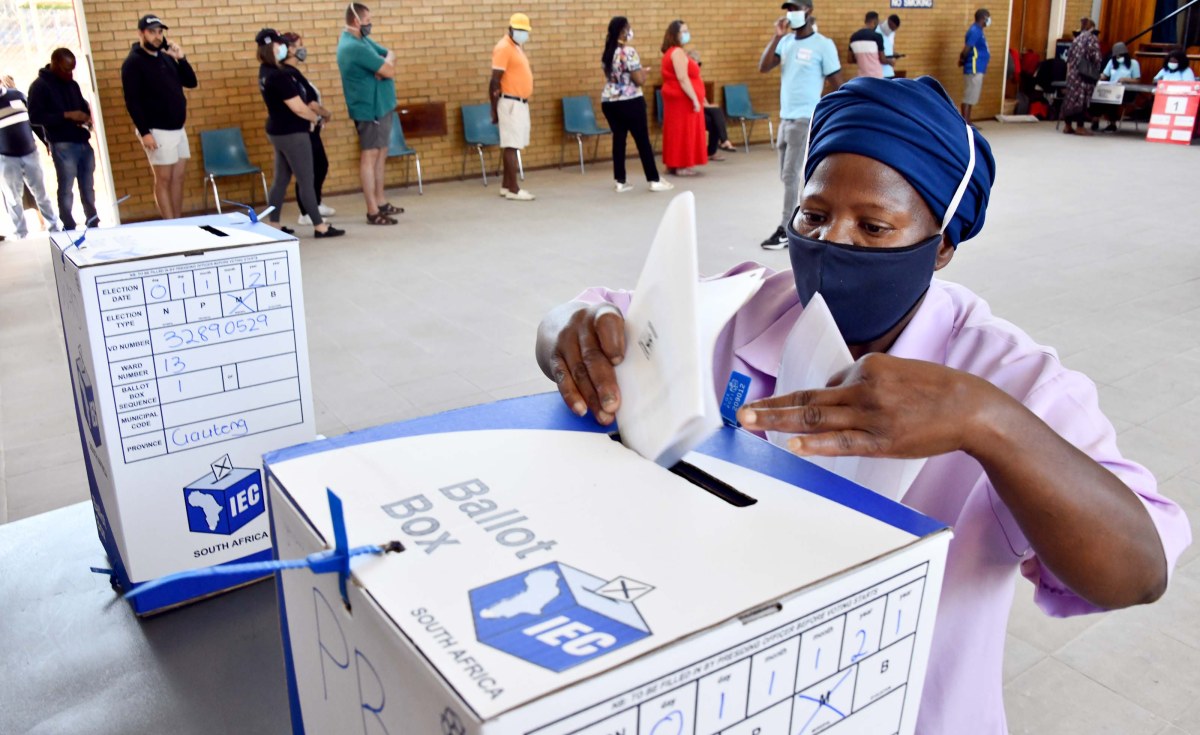