by lyndia paris
in Africa News
Reading Time: 1 min read
A A
464
SHARES
1.8k
VIEWS
Share on FacebookShare on Twitter

When a leopard cub got chased by a hungry hyena in South Africa’s Kruger National Park, it looked like curtains. (Watch the video below.)

The cub was left alone by its mother in a bush at South Africa’s Kruger National Park and got sniffed out by the hyena, which sprinted at its desperate prey in a video posted by Latest Sightings on Tuesday.

The hyena closed the gap as the young leopard darted to avoid its grasp. Then the chase suddenly ended.

Fast-forward to 1:50 to see what happened.

Thankfully, a tree was nearby and the leopard easily climbed it to escape.

The videographer, Moosa Varachia, told Latest Sightings that when he first saw the “clan of hyena” approaching, “I knew that this situation may not end well for the leopard cub.”

But the outcome came as a relief.

“It was an emotional roller coaster and I was extremely delighted to see the cub survive!” Varachia said.

Leopards are not nearly as fast as other big cats like cheetahs and lions, according to AfricaFreak. The hyena “would have easily taken the young cub” had it caught up, Latest Sightings wrote.

Spotted hyenas have a reputation as scavengers, but they can be determined hunters, according to OneKindPlanet. Their bite is strong enough to crunch giraffe bones.

Good thing the cub came upon a tree. Not so good for the hyena. 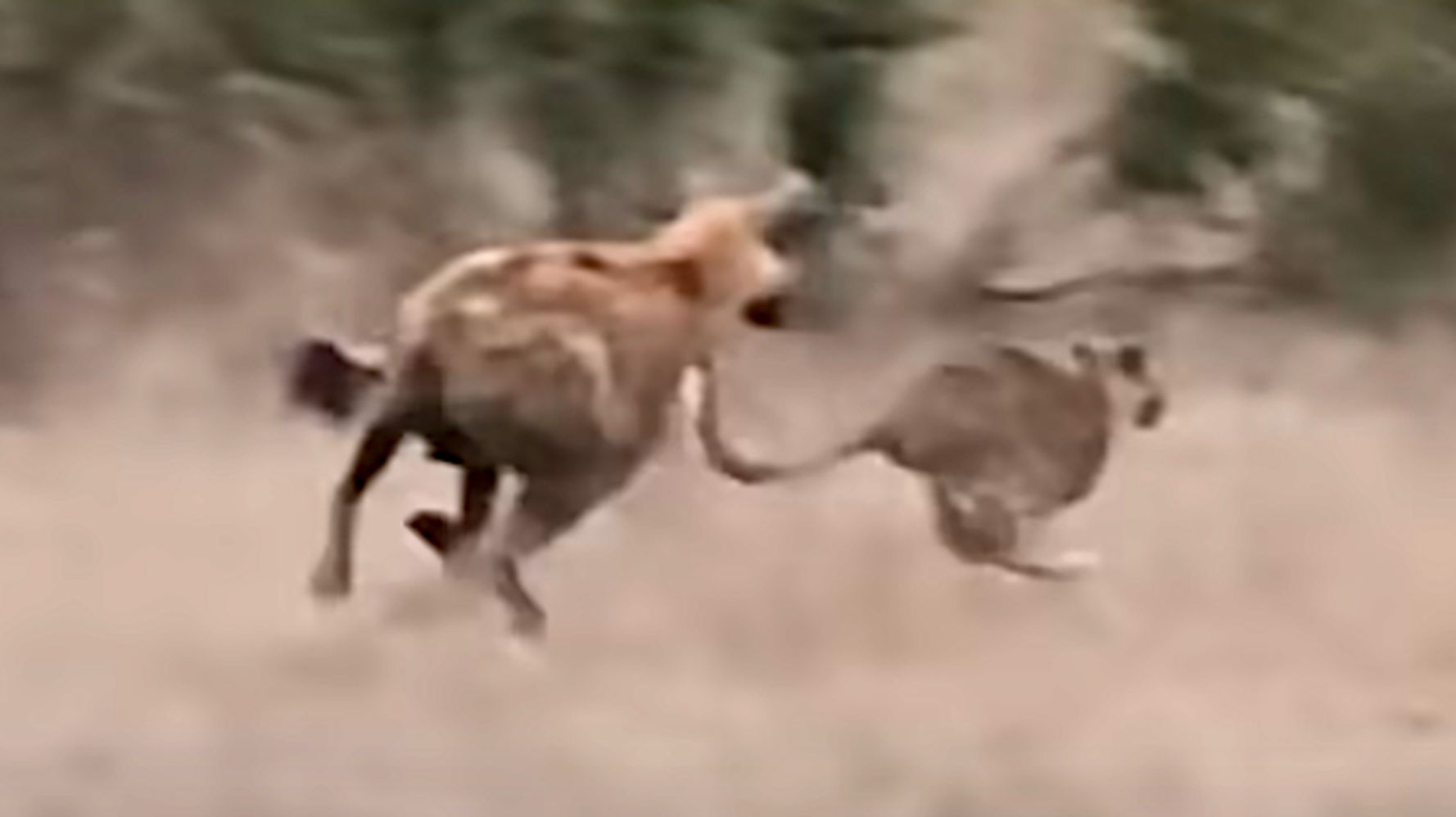