by lloyd fetzer
in Africa News
Reading Time: 3 mins read
A A
464
SHARES
1.8k
VIEWS
Share on FacebookShare on Twitter

It’s been a long time coming, but the inaugural edition of the CAF women’s Champions League will kick off this weekend, starting with the national champions of the host nation, Wadi Degla.

The Egyptians will clash with Malian side AS Mande on Friday afternoon in what is set to be the curtain-raiser of the historic competition, which will be played in Egypt over the next three weeks.

Wadi and Mande are in Group A, alongside Ghana’s Hasaacas Ladies and Equatorial Guinean side Malabo Kings.

South African outfit Mamelodi Sundowns Ladies are in Group B alongside fellow title favourites Rivers Angels of Nigeria. The two juggernauts will avoid each other in their opening fixtures, with the South Africans facing Kenyan side Vihiga Queens.

Masandawana’s goalkeeping coach Koketso Tshabalala believes the team is ready mentally to mount a strong challenge in Egypt and bring the title to southern Africa.

“So far the mood in the camp has been positive and the feeling within the team echoes the same objective which is to win the title. Our mandate is clear and we are working together as a unit to achieve this objective. Thus far, training has gone well in Egypt and we are constantly trying out new methods to improve our overall tactical outlook. We are ready for the task at hand and we cannot wait to get started,” stated Tshabalala.

Their opponents are equally ready to cause an upset when the two sides clash on Saturday, 6 November. More importantly, the competition will be an opportunity for the players to showcase their talent, with the hope that some teams in the top European leagues and the United States will be watching.

“It is such a huge thing for us. Honestly, when we started, we wouldn’t have thought that such a thing would happen. We were just playing football to exhibit our talents as well as enjoy ourselves. Now we have achieved something massive and this brings me and the other players so much joy,” Vihiga Queens captain, Enez Mango, said.

Asfar of Morocco are looking to emulate their male counterparts who became the first side from the country to triumph in the Champions League, all the way back in 1985.

Having dominated local competitions for many years thanks to their great interest and continued support for women’s football, the fruits from the seeds they planted are ready to be picked by the eight-time Moroccan champions.

“Asfar was the first Moroccan team to win the African Champions League in 1985 at the men’s level, and our bet is to rewrite history with our women’s team,” stated Abdellah Haidamou, coach of Asfar.

Standing in their way of a perfect start to this endeavour by Asfar are Nigerian giants Rivers.

They have also been a conveyor belt for players that have contributed to the Nigerian women’s national team dominating on the continent over the years.

From Chioma Ajunwa, to Perpetua Nkwocha and Asisat Oshoala [combined eight-time winners of Africa Women’s Player of the Year], the club boasts a catalogue of stars that is scarcely believable.

As such, it is hardly a surprise that the coach of the Nigerian outfit Edwin Okon is confident that they can push all the way and lift the trophy.

“Our target is the title as we’ve prepared well for the tournament. My calculation and focus are on winning the trophy. I have made the players understand the burden of the challenge on us,” said the 51-year-old.

The top two teams from each group will progress to the semifinals of the competition to fight for a place in the final. DM 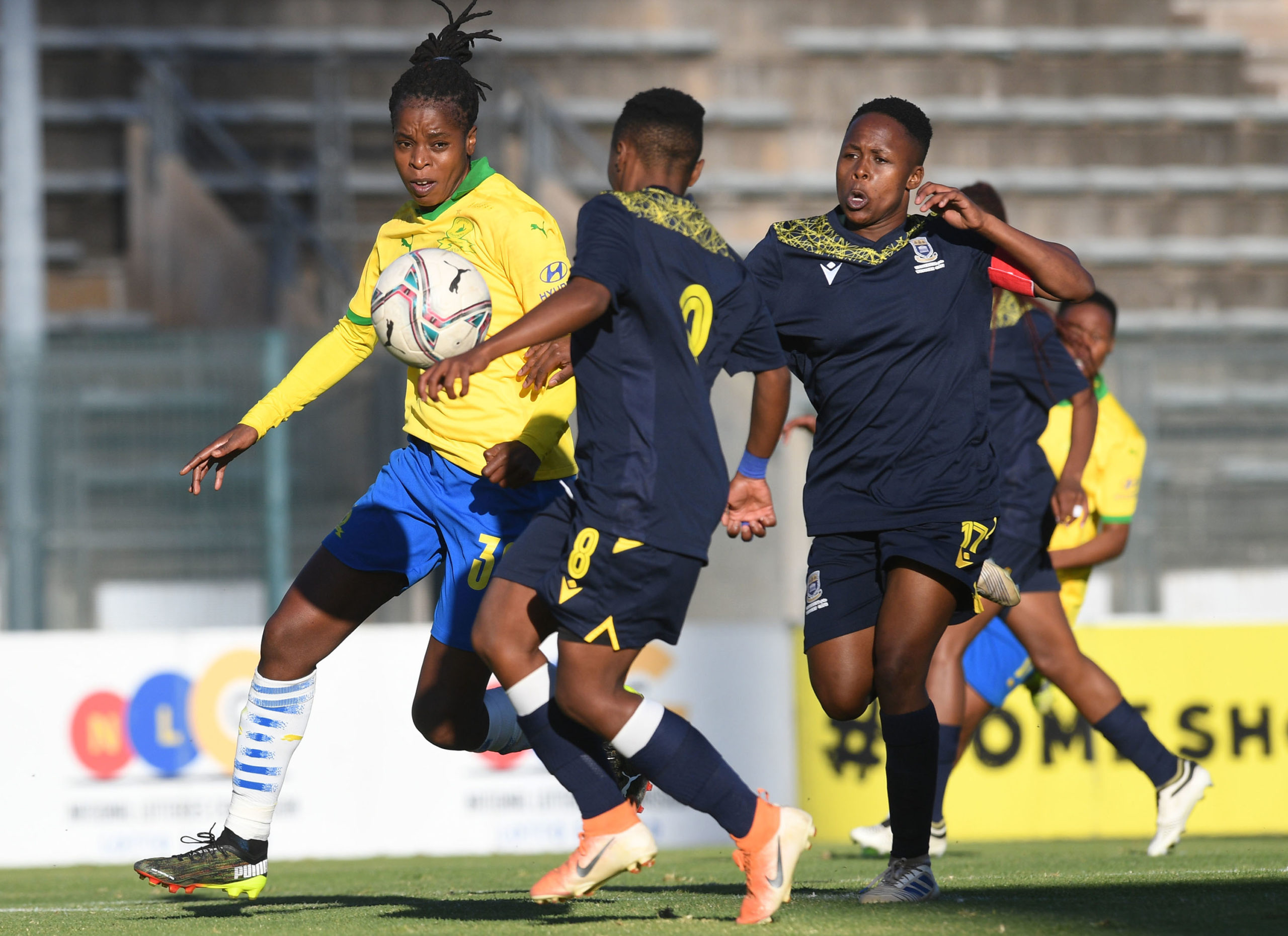