An offshoot of the Delta variant is rising in the U.K.

by sanjay mishra
in COVID-19
Reading Time: 5 mins read
A A
464
SHARES
1.8k
VIEWS
Share on FacebookShare on Twitter

While the summer surge of COVID-19 wanes in the United States, a more transmissible version of the Delta variant has been spreading in the United Kingdom since July.

The continuing spread of Delta has led to a newer subtype, called AY.4.2, which carries two additional mutations. Although the original Delta variant remains the most dominant in the U.K., this new mutant now accounts for more than 12 percent of infections, up from less than 4 percent in early September. Of more concern is that it’s steadily outcompeting other members of the Delta family. Preliminary evidence suggests that AY.4.2 spreads between 12 and 15 percent more frequently among household members compared with other Delta viruses.

Alarmed by AY.4.2’s rapid rise, the U.K. Health Security Agency on October 20 designated AY.4.2 as a Variant Under Investigation, a step below Variant Of Concern.

“AY.4.2 has kept on going up in proportion in the U.K., and if this was just a chance event, you wouldn’t expect it to keep growing, it should just stop,” says Cornelius Römer, a bioinformatician at The Biozentrum, University of Basel in Switzerland, who discovered AY.4.2. “So that is very indicative of a real transmission advantage.”

To date, 96 percent of all AY.4.2 cases have been in the U.K., but it has been found in 42 other countries. In United States, AY.4.2 accounts for less than 0.5 percent of all sequences identified so far—but has been spotted in 33 states.

“The advantage of AY.4.2 will make this winter a bit more difficult in the U.K. because each intervention we might use will be slightly less effective,” says Jeffrey Barrett, director of the COVID-19 Genomics Initiative at the Wellcome Sanger Institute. “But the difference between it and Delta is modest compared to Delta versus Alpha, or Alpha versus older variants. So, it won’t be a game-changer in the way they were.”

All branches of the SARS-CoV-2 evolutionary tree share common mutations but the longer a variant branch grows, the more different the tip becomes from its base. The Variants Of Concern—Alpha, Beta, Gamma, and Delta—have diverged significantly from each other and possess different characteristics. If the Delta variant is represented as a thick branch on the SARS-CoV-2 tree, AY.4.2 is a new twig. AY.4.2 has not deviated enough from the parent Delta variant to behave very differently, so it doesn’t qualify for a new Greek name.

Scientists call AY.4.2 a sub-lineage of Delta, meaning it’s still Delta but with a few new mutations. SARS-CoV-2 accumulates on average about two mutations a month and there are more than 100 sub-lineages of Delta.

“When I first stumbled upon this variant, about a month ago, I spotted it because of the two spike mutations it has, so that just looked interesting,” says Römer, who suggested the name: AY.4.2.

“New mutations [of SARS-CoV-2] continue to emerge, most of which may have no consequence to the biological behavior of virus,” says Evans Rono, a molecular biologist, previously at Max Planck Institute for Infection Biology in Berlin. However, some variants have a fitness advantage that make them more transmissible, more infectious, and more able to resist therapeutics or evade the human immune response. These fitter variants become distinct sub-lineages, says Rono, who has catalogued  emerging sub-lineages within the Delta family in a study that has not yet been peer reviewed.

All proteins, including the coronavirus’ spike protein are made from a series of amino acids, like beads of a necklace. AY.4.2 branched off from a highly prevalent version of the Delta variant, called AY.4 by gaining new mutations at the amino acid positions 145 and 222 of the spike protein. SARS-CoV-2 uses the spike protein on its outer surface to infect human cells by first attaching to a protein called the ACE2 receptor that is present on the surface of the lung and other cells.

The two signature mutations of AY.4.2 are not found together in other Variants Of Concern, but they have been seen before in other potentially troublesome variants.

One mutation—at position 222 of AY.4.2—was also seen in variant B.1.177, which “may also have had a small growth advantage,” says Tom Wenseleers, an evolutionary biologist and biostatistician at the KU Leuven University in Belgium.

Mutations at position 145 are found in the Mu and Alpha variants. This location is within a region of the spike protein that many antibodies recognize and target for destruction. This mutation “may either allow the variant to escape antibodies,” says Olivier Schwartz, head of the Virus and Immunity Unit at Institut Pasteur in France, or it may help the virus enter the human cell.

It isn’t clear if either of these scenarios are correct. So far there are no studies showing that these two mutations affect viral infectivity and ACE2 attachment, says Kei Sato, a virologist at the University of Tokyo.

Even if AY.4.2 is more fit than Delta, it hasn’t shown the meteoric rise that happened when Delta became dominant over Alpha in April and May of 2021; or when Alpha eclipsed the original SARS-CoV-2 virus. “It has only a moderate advantage over Delta,” says Christina Pagel, director of the Clinical Operational Research Unit at University College London.

The transmission advantage of AY.4.2 is much smaller in magnitude than the 40 to 70 percent advantage that Alpha and Delta had compared to their respective ancestral SARS-CoV-2 variant, agrees Wenseleers.

Why AY.4.2 has surged in the U.K. is a bit of a mystery, especially as the prevalence of AY.4.2 has decreased in other European countries.

“It is possible that AY.4.2 has small transmission advantage over Delta, on the order of 10 to 15 percent, but that, along with minimal changes in sequence, does not pose a significant threat or explain the U.K. situation,” says Eric Topol, founder and director of Scripps Research Translational Institute.

Ravi Gupta, a clinical microbiologist at the University of Cambridge, blames the rise of this new variant on the U.K. government for relaxing public health measures too soon. “The U.K. situation is the result of lack of mitigation measures such as masks and failure to vaccinate adolescents and control school transmission,” he says.

That together with the waning immunity of those who were fully vaccinated several months ago and with colder weather causing people to spend more time indoors close together could play a role in the rising case numbers in the U.K.

The good news is that, so far, the AY.4.2 variant does not appear to cause more severe disease or render current vaccines any less effective, according to U.K. Health Security Agency.

“Hospitalization and death rates are relatively stable [in the U.K.]. This would indicate the vaccine is effective even against AY.4.2,” Sato says.

While AY.4.2 has received a lot of attention, there are many Delta sub-lineages that have become more prevalent than the parent. For example, Singapore’s AY.23 and AY.23.1 variants have dominated since July with the original Delta variant now accounting for only 2 percent of samples over the last 60 days.

“Delta is continuing to mutate into subtypes, and subtypes of subtypes. The continuing high case rates in the U.K. are giving it plenty of opportunities to do so,” Pagel says.

Experts agree that when more people are vaccinated there will be fewer opportunities for new variants to arise. “Vaccines would save our lives from a variety of SARS-CoV-2 variants,” Sato says. 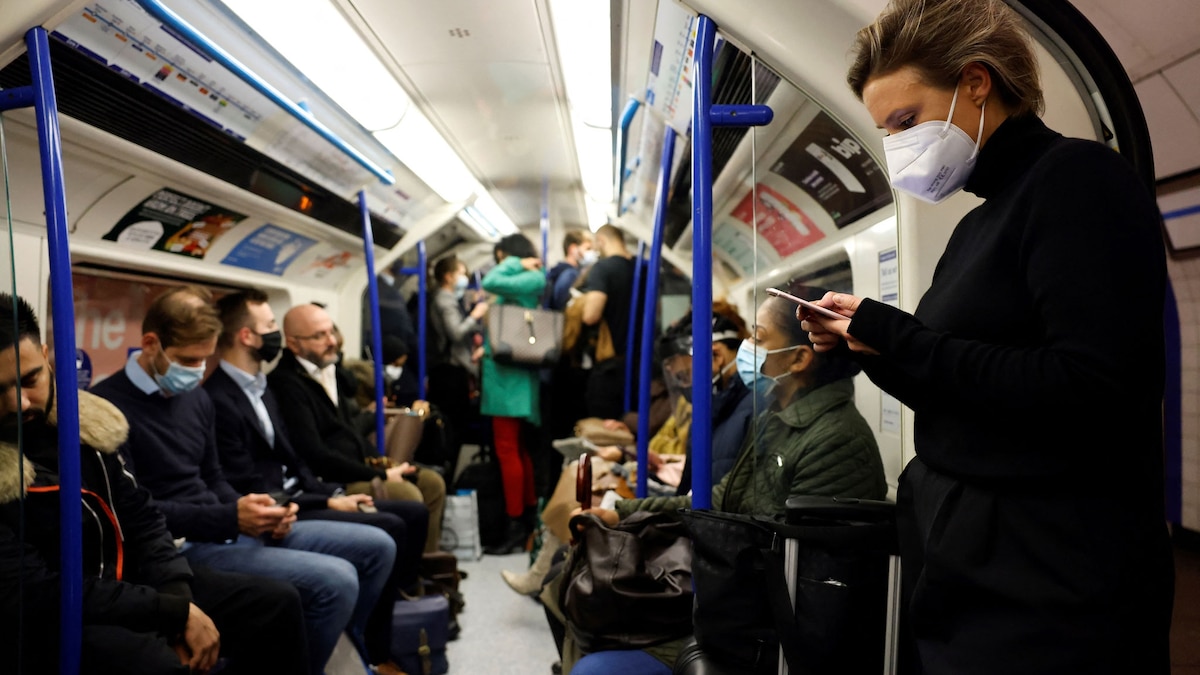