by rebecka fetzer
in Africa News
Reading Time: 4 mins read
A A

Uganda has agreed to a request from the United States to temporarily accommodate 2,000 refugees from Afghanistan while Washington processes their applications to live in the US. The move underscores the reputation Uganda has of being progressive on refugee issues. Refugee expert Dr Evan Easton-Calabria provides insights into why.

When did Uganda start hosting refugees?

Uganda has a long history of hosting refugees. This started in the early 1940s with Polish refugees who fled from Nazi-occupied Europe. The Nakivale refugee settlement – formed in 1959 – in southwest Uganda is the oldest refugee camp in Africa.

Today, almost 1.5 million refugees live in Uganda, making it the top refugee-hosting country in Africa and one of the top five hosting countries in the world.

Its longstanding ‘open-door’ policy has benefited it both politically and financially, with hundreds of millions of donor funds provided each year for humanitarian and development projects. These target both refugees and locals. While Kenya, for example, has received Euros 200 million in humanitarian aid from the European Union since 2012, Uganda has received this much from the EU in just over four years.

Is the country more progressive towards refugees than its neighbours?

Uganda’s policies towards refugees have been hailed as progressive. It has even been called “the world’s best place for refugees”.

Refugees have the right to work and freedom of movement, thanks to Uganda’s 2006 Refugee Act and 2010 Refugee Regulations, which provide a strong legal and regulatory framework for refugee rights.

Refugees have the right to the same social services as Ugandans, including health care and free primary education. They are not confined to camps but can also live in urban areas. The country has, therefore, received a lot of positive attention for ‘fostering’ the self-reliance of refugees.

However, despite rights on paper in Uganda, refugees still struggle.

They are not legally recognised as refugees if they live in cities besides the capital, Kampala. As ‘self-settled’ urban refugees, they risk being misclassified as economic migrants. Lacking official refugee status (unless they have been registered in a settlement), urban refugees also often lack assistance.

Although refugees in Uganda are economically diverse – one study even identified over 70 different types of livelihoods activities by refugees in Uganda – for many in settlements, subsistence farming is their primary livelihood. But, despite plots of land being provided in settlements, many don’t have enough land to farm on and soil quality is often low. This means that, for many, farming is no longer a viable livelihood. This shows that liberal refugee policies, like those promoting self-reliance in Uganda, must be backed with adequate resources if they are to be more than just words on paper.

Comparatively, Uganda’s neighbours – such as Kenya and Ethiopia – have traditionally been more restrictive. Kenya relies on a system of encampment, where most refugees live in camps, and Ethiopia has only recently expanded its out-of-camp policy to all refugees and aslyum-seekers, although regulatory gaps remain. Nevertheless, it’s important to note that both are major refugee-hosting countries. They host far more refugees than many western (and wealthier) countries. Kenya hosts over half a million refugees, mainly from Somalia and South Sudan. Ethiopia hosts over 788,000 and is the third largest refugee-hosting country in Africa.

How effectively does Uganda manage its refugee community?

‘Effectiveness’ is an interesting word in this context. On one hand, Uganda provides an important foundation in terms of providing the legal infrastructure to allow many refugees to lead independent lives. But refugees also enter a challenging context: Uganda struggles to provide adequate services for its own citizens and unemployment is high. It has one of the world’s lowest rankings in the Human Capital Index.

In addition, the 2021 presidential election saw increased political and social unrest which has led to the violation of rights such as the freedom of assembly and expression for citizens and other residents, including refugees. While many Ugandans have welcomed refugees, there are increasing accounts of overburdened cities and strains on resources, like firewood, in some parts of the country.

The corruption of humanitarian aid is also a problem, with UNHCR Uganda accused of mismanaging tens of millions of dollars in 2016-2017. This illustrates the clear need for effective financial management so that refugees can actually be helped.

There is also another important question of responsibility. Despite the positive attention the international community has given the country, donor funds have not often matched the praise. If schools and health facilities are crowded, in part because of refugees, the responsibility to provide additional support should not fall on a refugee-hosting country such as Uganda alone. Limited resources mean limited management. As of June, the 2020-2021 Uganda Refugee Response Plan was only 22% funded, leaving a shortfall of US$596 million to cover all sectors ranging from protection to food security to sanitation.

Does it look likely that Uganda will continue in its role as a leading refugee destination?

Uganda has had a strong commitment to hosting refugees for over 70 years — about the same length that the 1951 Refugee Convention has existed. A spirit of pan-Africanism and first-hand understanding of displacement by many Ugandans have all contributed to its willingness to host refugees. Its recent temporary accommodation of Afghan refugees indicates that it is interested in continuing this role.

That said, no country should host refugees without significant international support. Many refugee response plans, such as Uganda’s, remain significantly underfunded even as displacement rises and challenges – such as the COVID-19 pandemic – remain. Even though Uganda receives a significant amount of money, it’s not enough to support the number of people arriving as evidenced by a funding appeal by refugee response actors in June this year.

Mechanisms such as the Comprehensive Refugee Response Framework offer a means to channel resources and increase collaboration on refugee hosting. But it is important to consider what displacement in Central, Eastern, and the Horn of Africa would look like if Uganda closed its borders. Uganda is making an effort in a neighbourhood where few other countries have the same enthusiasm. 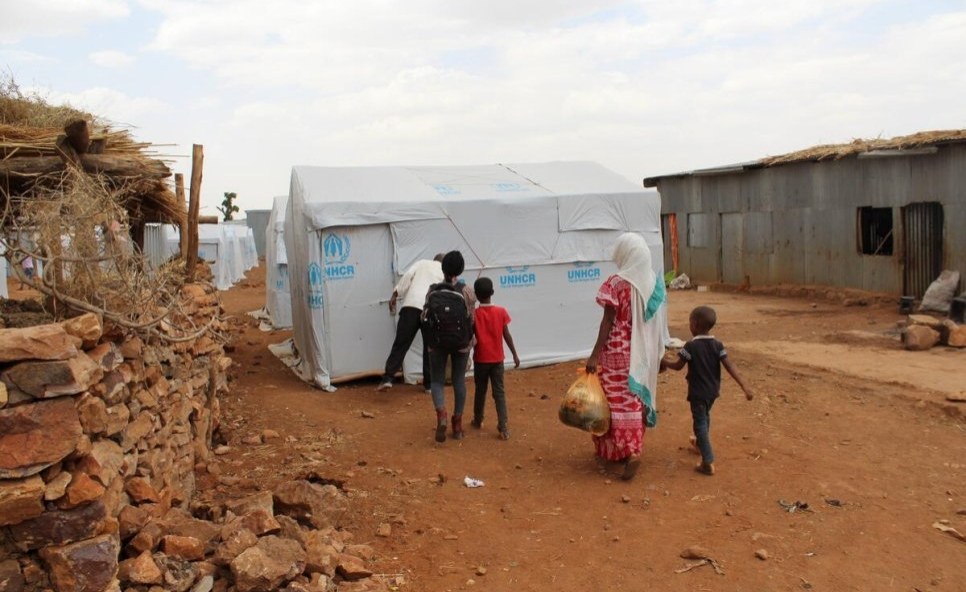 Africa: African Countries Commit to Ending All Forms of Polio

Africa: African Countries Commit to Ending All Forms of Polio