by reuters
in Robotics
Reading Time: 2 mins read
A A
464
SHARES
1.8k
VIEWS
Share on FacebookShare on Twitter

Ranked one of the safest countries in the world, Singapore has put two autonomous robots on trial to detect bad behaviour such as flouting of COVID-19 safety measures, smoking in prohibited areas and the improper parking of bicycles, Singapore’s Home Team Science and Technology Agency said in a statement on Sunday.

It said the two patrol robots, named Xavier, are equipped with cameras that can detect bad social behaviour and trigger real-time alerts to the command and control centre.

The trial is taking place at an area with high foot traffic in central Singapore.

“The deployment of Xavier will support the work of public officers as it will reduce the manpower required for foot patrols and improve operation efficiency,” the agency said.

Singapore’s home affairs minister, K Shanmugam, said in August the city-state aimed to have more than 200,000 police cameras by 2030, more than double the current number of cameras deployed across the island state in Southeast Asia.

Reporting by Chen Lin in Singapore
Editing by Marguerita Choy 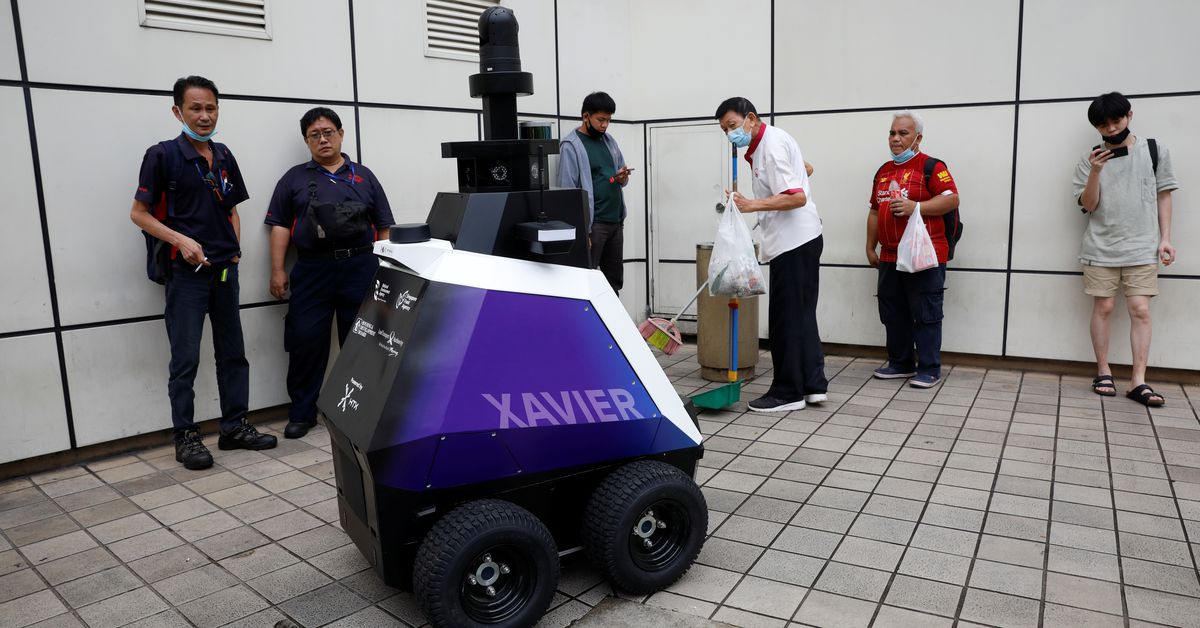 Rise of the Robots: How Artificial Intelligence is changing music creation

California could force Amazon to improve conditions for warehouse workers

California could force Amazon to improve conditions for warehouse workers