Economic Freedom Fighters leader Julius Malema has opened the door to his party participating in coalition governments in municipalities around the country, saying it is willing to “listen” ahead of the start of the horse-trading.

The EFF has found itself in the potential kingmaker’s seat in a number of municipalities and metro councils — including Johannesburg, Ekurhuleni and eThekwini — after taking 885 seats and 10.32% of the vote nationally in this week’s local government elections.

Although the Democratic Alliance has ruled out the EFF as a potential coalition partner, Malema told a media briefing on Thursday that his party was willing to “listen” to “any” political party inviting it to join a coalition movement.

But the EFF would work only with parties that agreed with its principle of land expropriation without compensation and to a developmental agenda focused on providing water, electricity, sewage disposal and other services.

The EFF has previously expressed its desire to co-govern in any municipality, but requires a municipal management committee, speaker or similar senior roles in return for its participation.

Malema said the party would also be prepared to remain in opposition and vote for a city government in return for an agreement to implement policies and programmes, rather than for positions.

Malema said he was “the happiest man” that the ANC had been “humbled” by securing less than 50% of the vote.

He said the EFF had continued on its growth trajectory, gaining seats in every election since it was launched. “Even when major political parties are declining, the EFF stands firm and grows. The EFF canvasses new ground. The EFF has now demonstrated that it is not a tribalist organisation, [but] a serious national organisation with a national footprint. We are more than ready to govern.”

The EFF would work with parties that were committed to providing people with water, sanitation, electricity and other services, none of which “need politics”, Malema said, adding: “For the next five years we should be signing a pact that not a single household will be without a flushing toilet.”

The EFF would engage with any political party that approached it about coalitions and agreed with a “clear agenda” of land restitution and service delivery.

“We are not going to approach anyone. We are not in government. Our doors are open,”’ Malema said, adding that the EFF would require coalition partners to have implementable programmes with time frames before it would consider entering post-election agreements.

“We need things to be done … done now — and our people must see them. We don’t have to be inside for you to do that. As long as you agree to do that, we can vote for you,”’ he said.

If the party did not find areas of agreement, it would remain in opposition, Malema said.

In KwaZulu-Natal, the party was “more than ready” to govern with the Inkatha Freedom Party  in municipalities in which its votes would give the IFP a majority to allow it to govern.

There are 21 hung councils in the province. 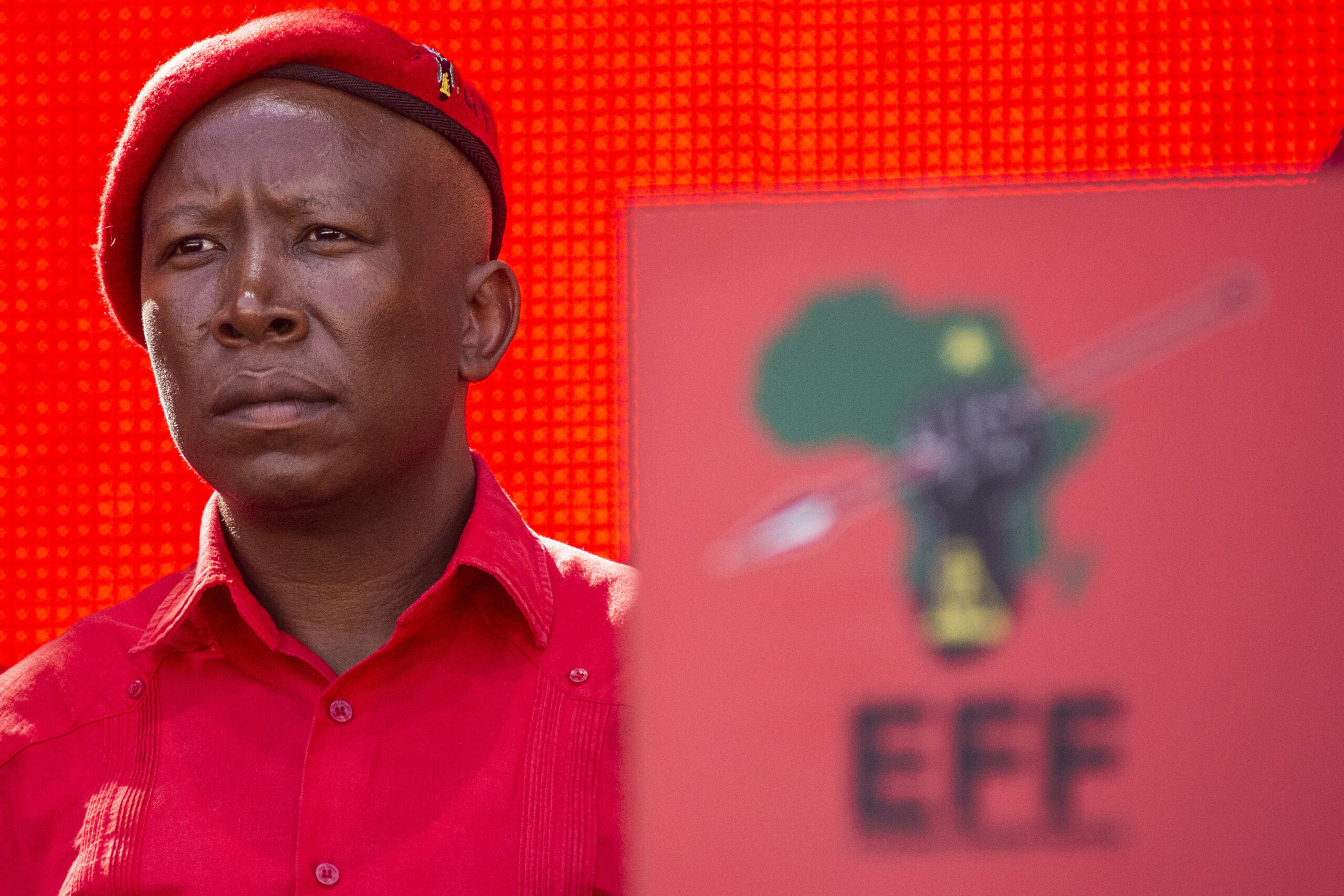