by guardian nigeria
in Africa News
Reading Time: 2 mins read
A A
464
SHARES
1.8k
VIEWS
Share on FacebookShare on Twitter

Ebunam said: “The President Muhammadu Buhari I know loves soccer. I just want to tell him that CKC, Onitsha won the Schools World Cup in 1977, the first Nigerian and indeed African team to rule the world. The players deserve reward.”

CKC, captained by Nnamdi Nwokocha, won the International Schools Sports Federation Championships, Dublin ‘77 after defeating teams from Luxembourg, France, Finland, The Netherlands and Turkey and got only Presidential handshake from Gen. Olusegun Obasanjo.

“I read in the papers that President Buhari gave out houses promised the Eagles for winning the African Nations Cup in Tunisia. That’s awesome. No one is fighting for CKC 1977, world champions, first team in Africa to win such a coveted trophy”, Ebunam stated.

He feels Buhari has listening ears saying: “Yes, I know the President will listen to us. Records are there. It was under him in 1984 that Nigeria won a first Olympic silver medal and that fetched the winner 40,000 US dollars. Bronze medalists got 20, 000 dollars each.

“ You see Buhari has special love for Onitsha, I do not know why. He was close to Chukwuma Azikiwe and promised him that work on Zik’s tomb would be completed.

Remember, his first Attorney General was Chike Offodile and now work is on going at the Second Niger Bridge,” the ex-Eagle said. Ebunam won the African Winners Cup with Rangers, earned a degree from Clemson University South Carolina and played for Jos Standard, BCC Lions Gboko and El Kanemi, Maiduguri. 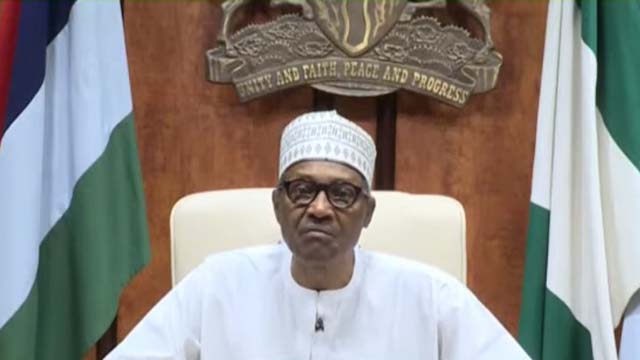 Good governance is key to the Africa we want