by camellia schildgen
in Africa News
Reading Time: 5 mins read
A A
464
SHARES
1.8k
VIEWS
Share on FacebookShare on Twitter

A panel of experts who advise the US Centers for Disease Control and Prevention on immunisation met on Tuesday to discuss the vaccine for kids made by Pfizer and BioNTech.

The meeting takes place on the day Pfizer raised its forecast for the year on the strength of its vaccine sales and projected 2022 revenue for the shot above analysts’ expectations.

Ireland reported the most new cases since January. Germany is moving towards offering boosters to virtually all who want them, according to a draft decision. Bulgaria and Romania reported record daily Covid-19 deaths.

Authorities in Beijing halted classes at 18 schools in one district after a teacher was infected with the coronavirus as the city sticks with a Covid Zero strategy days before a key Communist Party meeting.

The Netherlands will once again be making face masks a requirement in public indoor spaces after a spike in cases saw the caretaker government reintroduce certain measures.

“It won’t surprise anyone that we have a difficult message tonight,” said Dutch Prime Minister Mark Rutte during a press conference in the Hague.

From Saturday, people in the Netherlands are expected to work from home half of the time, and the coronavirus entry pass will be required in more places such as sporting events and cinemas. Weekly positive cases jumped by 39% on Tuesday and coronavirus hospital admissions rose by around 30% week-on-week.

The number of new cases in Ireland rose above 3,000 for the first time since January, with 3,726 confirmed infections reported. A total of 493 Covid-19 patients are hospitalised, of whom 90 are in intensive care, the Department of Health said on its website. The 14-day incidence rate is 695 per 100,000, an increase of 18% over last week.

The UK Parliament tightened rules amid a surge in cases, with tours and banquets cancelled for two weeks and MPs urged to wear masks.

Face coverings were made compulsory for staff, contractors and journalists last week, but members of Parliament cannot be ordered to do so. While most opposition MPs have worn masks in the Commons chamber in recent weeks, many Conservatives have not.

Germany moves towards boosters for all

Germany is moving toward offering vaccine boosters to virtually all who want them, according to a draft decision for a meeting of state and federal health ministers this week.

The draft proposes recommending boosters for everyone over the age of 60, and allowing them for younger people who’ve been immunised at least six months prior based on a doctor’s appraisal. According to these criteria, some 10 million to 13 million people in Germany would already be eligible for a booster shot, the Health Ministry said.

Romania has reported a new record number of Covid deaths on Tuesday, with almost 600 fatalities being recorded in the past 24 hours.

An interim government dismissed the idea of a full lockdown to reduce the burden on hospitals. The head of the vaccination task force, Valeriu Gheorghita, urged citizens to get the shots faster, because more than 90% of the people admitted to intensive care aren’t vaccinated. “It’s a tragedy that we’re losing an entire generation of seniors in a situation that could be very well prevented,” she said.

Pfizer raised its forecast for the year on the strength of its vaccine sales and projected 2022 revenue for the shot above analysts’ expectations.

Annual revenue from the shot developed with BioNTech will be $36-billion, up $2.5-billion from an earlier forecast, as the companies now have agreements to supply 2.3 billion doses in 2021.

Separately, a panel of experts who advise the US Centers for Disease Control and Prevention on immunisation met on Tuesday to discuss clearing the vaccine for kids.

Estonia’s Culture Minister, Anneli Ott, resigned after criticism from coalition partners that her incomplete vaccination schedule prevented her from attending public events tied to her role.

Ott, until recently the only unvaccinated Estonian government minister, told reporters on Tuesday that she had received her first dose and that she wasn’t against vaccines.

India reported 10,423 new infections on Tuesday – the lowest one-day gain since mid-February – as the country emerges from a virus wave that led to an unprecedented 400,000-plus cases a day in early May. The tally is now more than 34 million cases, the second-largest in the world, but an expanding vaccination effort is helping curb virus transmission.

Bulgaria, the European Union’s least-vaccinated country, reported a record 310 daily deaths. The Balkan country, where only about 21% of the population has had a Covid jab, on October 21 limited most public leisure activities to those who are either vaccinated, have had the coronavirus, or test negative.

Hospitalisations are still on the rise and officials have warned that hospitals will soon run out of capacity.

The Chinese capital suspended classes at 18 primary and middle schools in Chaoyang district after a teacher became infected, according to a local government briefing.

A key Communist Party meeting will be held next week in Beijing. The city reported four new local coronavirus cases on Tuesday morning.

New Zealand put the north of its Northland region back into lockdown as the source of two new cases in the area remains unknown. The area moves back to Level 3 lockdown at midnight, initially through midnight November 8.

Northland’s vaccination rate is lower than the rest of the country at just 79% for first doses, increasing the risk for 11,000 unvaccinated Maori in the region, according to Covid-19 Response Minister Chris Hipkins.

Thailand ended quarantine for vaccinated visitors from more than 60 countries to revive its tourism-dependent economy.

Australia’s New South Wales state pushed back the date when restrictions will be eased for unvaccinated people.

Instead of December 1, those curbs will be eased on December 15 or whenever the state reaches 95% double-dose coverage for people aged 16 and above, Premier Dominic Perrottet said Tuesday. 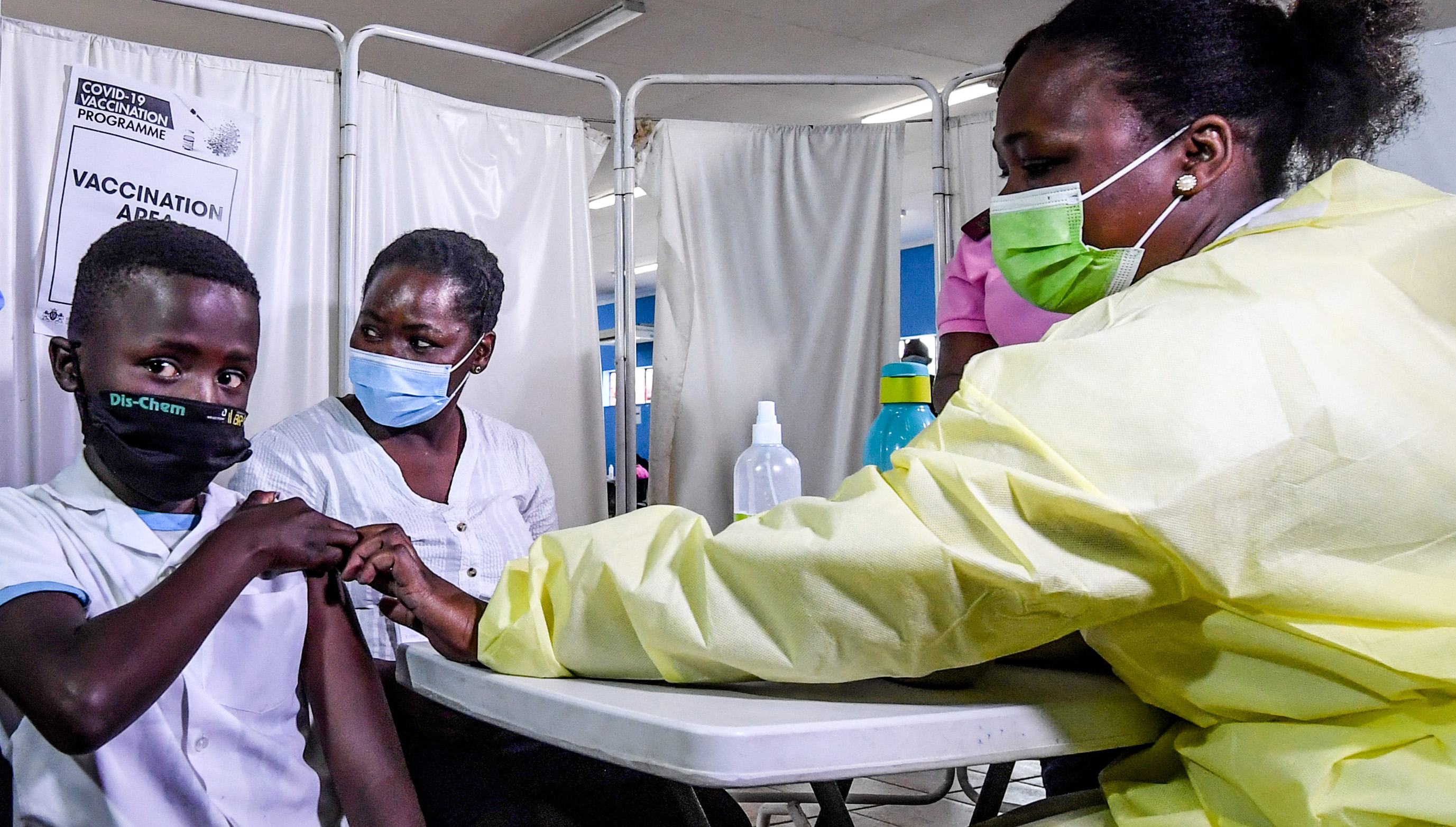