by jan gerber
in Africa News
Reading Time: 3 mins read
A A
464
SHARES
1.8k
VIEWS
Share on FacebookShare on Twitter

Disgruntled people in the Eastern Cape dug trenches around voting stations. Despite this and other “incidents”, the IEC were very happy with how the election had progressed by midday.99% of the 23 148 voting stations opened on time.Despite some people in the Eastern Cape fighting the election from the trenches – literally – and other “incidents” like a stuffed ballot box, the Electoral Commission of South Africa (IEC) weren’t shy about patting themselves on the back for how the election was running by noon.

At 13:00, IEC chairperson Glen Mashinini said he was sharing the “good news” with media assembled at the Results Operating Centre in Tshwane.

“The Electoral Commission is happy to report that over 99% of the 23 148 voting stations opened on time to kick start voting in the 2021 Municipal Elections,” he said.

ANALYSIS | Get the best insights with News24’s Elections Forecaster

“As with any event of this magnitude involving 23 000 service points, there have been incidents which have been reported.”

These incidents include the following: In KwaZulu-Natal, 20 voting stations did not open on time because of community protests in Camperdown and Mdlothi. The stations have now opened in co-operation with the security service.

A presiding officer in the eThekwini Metro was arrested after allegedly stuffing marked ballots into a ballot box.

“The matter is now in the hands of the South African Police. This incident, which did not affect voting, is a testament to the in-built safeguards in the voting process that also include an active role for party and independent candidate agents.”

In Limpopo a hailstorm delayed the opening of voting stations in Giyani.

While there was no load shedding, disruptions in power supply disrupted voting in some parts of Limpopo and the Northern Cape.

In Modimolle, also in Limpopo, an accredited observer was asked to leave a voting station for wearing a political party T-shirt. The IEC started a process to withdraw the observer’s accreditation.

In Moretele in the North West, a member of a political party was arrested after he interrupted the voting process. They did not indicate from which party.

Adriaan Basson | The end of elite politics as we know it

In Taung, also in the North West, the IEC laid charges against a presiding officer after he opened a ballot box that had been sealed.

The police arrested a journalist from Newzroom Afrika at a voting station in Soweto during a live broadcast. Mashinini said the IEC regrets this incident. “After intervention of the Commission, the journalist has been released, and an investigation into the circumstances of his arrest will be instituted,” Mashinini said.

IEC CEO Sy Mamabolo said the details of the incident are “sketchy”, which is why the investigation is required.

The IEC also received reports of isolated cases where voters were stopped from entering voting stations by election staff because they were wearing political party clothing and regalia.

Mashinini clarified that wearing party political clothing by voters is not prohibited. It is only prohibited for party agents.

“Any voter who is prevented from entering a voting station due to their clothing should immediately report this to the Contact Centre on 0800 11 8000 – or to the Area Manager for that voting station,” Mashinini said.

Voters cover from the rain at a voting station in False Bay.

Despite News24 learning of problems with the Voting Management Devices (VMDs), which were used for the first time during the registration weekend, Mamabolo was adamant that these machines are generally working well.

He said 29 000 VMDs were online on Monday morning.

“We introduced them to fortify the controls in the voting process and improve efficiency,” he said.

READ | Elections 2021: Voting off to slow start in parts of Limpopo, but queues picking up

“There may be technical glitches here and there.”

The IEC procured 40 000 of the VMDs. Not all are in use, as some are reserved as a buffer in case of breakdowns.

“Our sense of the VMDs is that it is functioning well and holding up well.”

He claimed no more than 10 of the 29 000 in use had been giving technical issues.

Mamabolo said stuffing ballot boxes is a serious offence. He said in 2016, there was a case in Ulundi, and the culprit was sentenced to a five-year prison term.

Mamabolo was also asked about incidents where voting stations ran out of ballot papers. He said this shouldn’t happen, they have printed ballot papers for a 100% turnout at ward level. 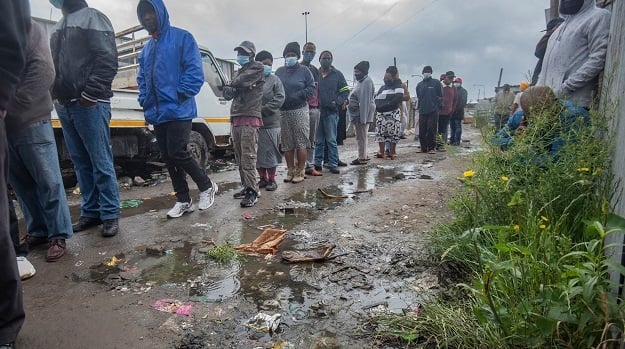