IEC vows to deliver free and fair elections on Monday

South Africans went to vote on Monday in local government elections held on schedule this year despite initial fears that the Covid-19 pandemic would render them not free and fair.

The elections proceeded on 1 November after the constitutional court rejected a bid by the Independent Electoral Commission (IEC) to postpone them to next February, citing the global pandemic.

A government statement on Monday said millions of South Africans had already heeded the call to cast their vote and that the vibrant atmosphere at voting stations around the country “is encouraging and we are confident that these elections will build on our history of holding regular, peaceful, and free and fair elections”.

“This year’s local government elections are taking place as we continue to fight the Covid-19 pandemic. It is therefore critical that we continue to adhere to non-pharmaceutical measures when casting your vote. These non-pharmaceutical measures include wearing a mask and maintaining social distance,” the government said, reminding voters who had not yet been vaccinated against the virus to do as at pop-up vaccination sites near voting stations.

In an interview with the Mail & Guardian ahead of the polls last week, IEC chair Glen Mashinini said the commission had met all its constitutional obligations to ensure a free and fair vote. Key to this, he said, was the  introduction of voter management devices (VMD) first used during the voter registration weekend in September.

The VMDs, replaced the ageing registration devices popularly known as “zip-zip machines” which had been a feature of elections in South Africa for many years. The new devices automise registration, the administration of IEC staff at the polling stations, keep a record of the number of ballot papers that have been used and the number of people who have cast their ballot at a voting station.

“In this case, yes, we still have to capture your ID so that there is proof and evidence that you have been to the voting station,” said Mashinini, adding that the devices would help put paid to unsubstantiated allegations about some people manipulating the system to vote more than once.

The actual voting and counting of ballot papers will however still be done manually, under the watch of presiding officers, IEC staff and political party agents.

Mashinini assured voters that the commission had put measures in place to ensure that the elections did not become a potential super-spreader event for Covid-19.

“[Recent] by-elections gave us a good dry run to see what works and does not work, and so there are various measures that we have put in place in terms of the compliance requirements,” he told M&G.

“Among the things is that we now use earbuds to ink and then we throw it away. We urge that everyone is in full compliance and we encourage people to bring their own [black] pens but if they do not bring them, we will provide them with a sanitised one.”

On Monday, the IEC said most of the country’s 23 148 voting stations had reported being open on time at 7am and that voting was flowing smoothly.

Delays in voting had been reported in less than one percent of voting stations caused by a variety of circumstances including tents being blown over by high winds overnight and the late arrival of election staff and voting materials in a few voting stations, it said in a statement.

It said a presiding officer in the eThekwini metro had been arrested after allegedly stuffing marked ballots into a ballot box and the matter was now in the hands of the police.

“This incident, which did not affect voting, is a testament to the in-built safeguards in the voting process that also include an active role for party and independent candidate agents,” the IEC added. 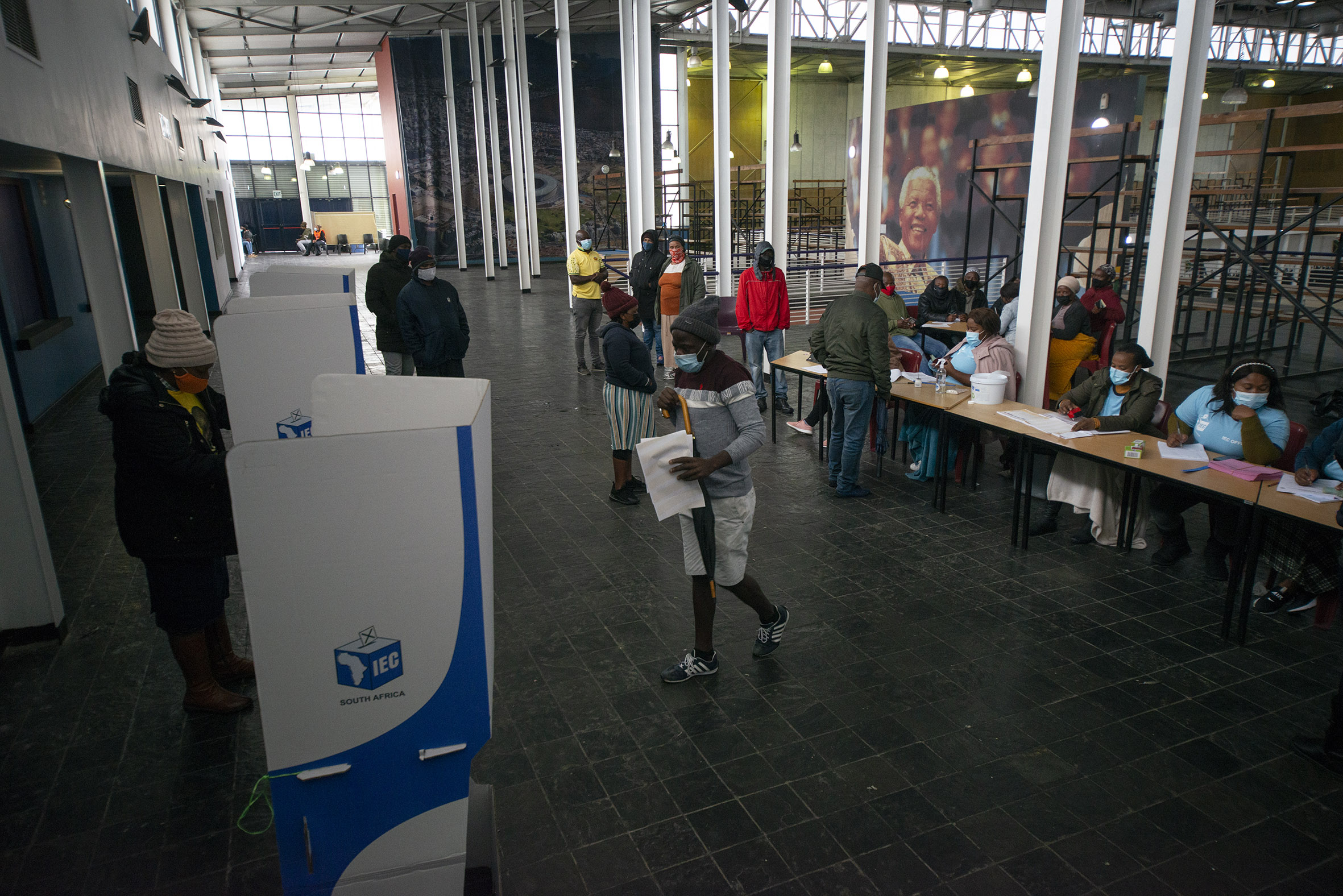