by sharie stoval
in Africa News
Reading Time: 4 mins read
A A
469
SHARES
1.8k
VIEWS
Share on FacebookShare on Twitter

Many South Africans have voted not with an X on the ballot paper but by staying away and giving their political leaders and parties a big middle finger.

And it is a decision that is likely to leave a patchwork of coalition-run municipalities across the country that will possibly have a detrimental effect on the future of South Africa’s democracy.

On the evening of 1 November, the Electoral Commission (IEC) would not give a final count of how many South Africans had turned up and voted. At a press conference, they also would not compare voter turnout figures to previous elections.

But figures released earlier in the evening before voting stations closed showed low turnouts across the country.

The number of registered South Africans who had voted by 6pm on Monday stood at 26.32%. Leading the way was the Northern Cape at 28.37%. Gauteng stood at 27.17%. The municipality in Gauteng with the highest turnout was the DA stronghold of Midvaal where 39% of the electorate turned up to vote.

When asked about the low voter turnout, he said it could be due to a number of reasons, including the wet weather, the long weekend or “it could literally have been a choice of a voter to say, ‘I don’t want to vote’”.

In the 2016 local government elections, the voter turnout nationally was 57%, said Hendrickse. Long queues were reported at a number of Cape Town voting stations ahead of polling stations closing at 9pm, suggesting that the turnout could have received a late boost.

Western Cape Electoral Officer Michael Hendrickse told journalists that by 5pm on Election Day, 1 November 2021, voter turnout in the province stood at 26%. (Photo: Suné Payne)
Hendrickse confirmed there were seven instances of power failures that affected voting in Cape Town. He pointed out Ward 92 (Tafelsig, Mitchells Plain) and Ward 39 (Gugulethu) had been affected by cable theft. In Wards 88 (Phillipi) and 40 (Gugulethu), there were power failures, but power was restored and voting continued.

Amanda Gouws, a political science professor at Stellenbosch University, said, “The issue, of course, is that people are fed up with political parties. They are fed up with empty promises but rather than punishing parties by going to vote for another party, they just stay away.”

“What this means,” she added, “is that in a proportional system, none of the bigger parties get 50% of the vote or more, and then we have coalition governments. And as we know we don’t do coalitions well.”

South Africa entered coalition politics in a big way in the aftermath of the 2016 municipal elections. Coalitions were formed in eight out of the nine provinces, leaving only Mpumalanga to have never experienced a municipal coalition government.

Gouws sees parties like the DA being worse affected by the poor voter turnout as the ANC can rely on its die-hard loyal supporters who vote come what may.

“If I look at who has gone on holiday for a long weekend, a lot of those people are not ANC supporters. They probably looked at this and said, ‘My party’s not going to make it anyway. So one vote is not going to make much of a difference.’”

But just what impact the poor turnout will have on the results will depend on where geographically voters opted not to vote, believes Daily Maverick analyst Wayne Sussman.

“So for instance, let’s take the City of Cape Town, if the turnout is immeasurably worse in townships compared to the suburbs that would favour the Democratic Alliance. So that is what we need to know and that’ll be key to understand in the next few hours,” he said.

“Is it a uniform low turnout or certain pockets of metros and municipalities seeing higher turnout? That’s what we call the turnout differential.”

Professor Susan Booysen from Wits University’s School of Governance said traditionally most South Africans voted in the morning between 7am and 9am and by 4pm nine-tenths of the electorate had already marked their ballot paper.

“And that is the massive message. And this is of cynicism over not just people, but political parties and a system of local government that can’t leverage correction of the dismal socio-economic conditions on the ground.”

Professor William Gumede, Executive Chairperson of Democracy Works Foundation saw the low turnout as yet another statement by the youth in particular who see no value in participating in politics.

While the ANC is likely to be worse affected by voter apathy, other smaller parties are unlikely to benefit, he said, as they are not harvesting these disgruntled voters.

Gumede does point out that South Africans historically have had a tendency to stay at home and not vote if they are unhappy with the political party they support.

“If in the 2004 and 2009 national elections, the people who stayed at home and didn’t vote decided to vote for one party, their party would have had the majority vote,” explained Gumede, who said that South Africans needed to be educated on how to vote strategically and opt for an opposition party so as to hold government accountable.

It is a problem, explained Gumede, that has been seen throughout Africa where former liberation movements turned political parties are voted in over and over out of loyalty, cultural allegiances or because of religion.

The failure of the electorate to migrate to another party but refrain from voting means the party remains in power and becomes more impotent in its ability to govern. He said this is the reason that countries like Germany and New Zealand have compulsory voter education at school.

“The future of our democracy is at stake on multiple levels, because if we don’t get voters to return to the ballot box and begin to vote tactically, we will have continual impunity and lack of accountability, which will continually give us lack of service delivery, and so on,” Gumede said. DM 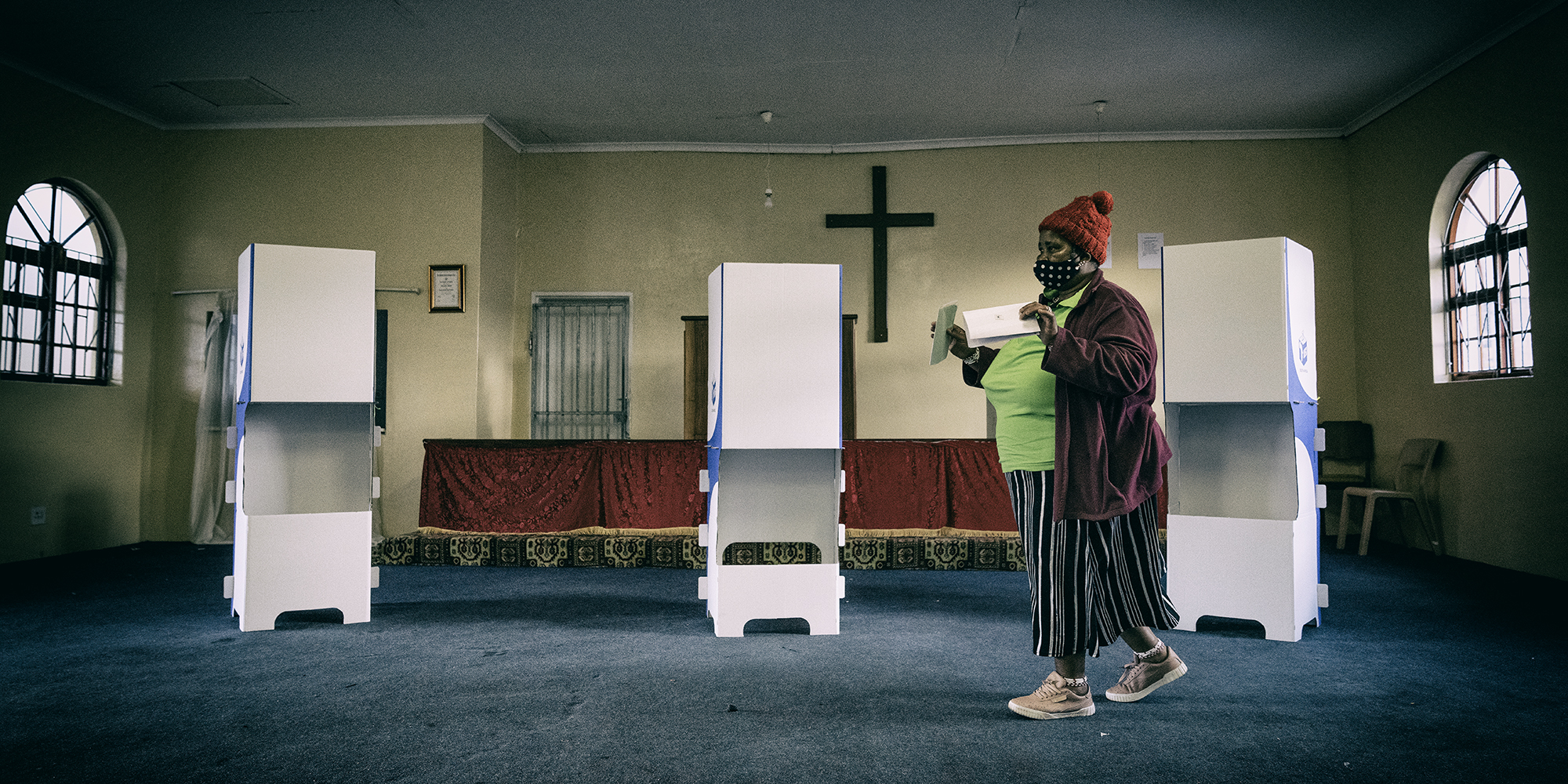 IEC admits low turnout, but says it’s too early to tell just how bad it is

IEC admits low turnout, but says it's too early to tell just how bad it is