by buffy antes
in Africa News
Reading Time: 3 mins read
A A
464
SHARES
1.8k
VIEWS
Share on FacebookShare on Twitter

The UN Special Representative for Mali told the Security Council on Friday that despite collective efforts, “the reality is that the security situation has deteriorated and the crisis is deepening”, across the northwest African nation.

“However, all is not lost”, El-Ghassim Wane cautioned.

He highlighted the Council’s visit to the country last week and the tribute paid to the 243 fallen peacekeepers who’ve been killed serving the UN Multidimensional Integrated Stabilization Mission (MINUSMA), saying it was “a stark reminder of the sacrifices made over the last eight years in the search for peace.”

“It further enhanced our resolve to ensure that every one of those lives lost, was not in vain”, he added.

According to the Special Representative, the situation in Mali, remains extremely challenging, with insecurity growing in the north, centre, and now also the south.

Attacks targeting both Malian and international forces, including MINUSMA ‘blue helmets’, have continued. Just this Thursday, the camp in Aguelhok came under indirect mortar and rocket fire.

The humanitarian situation is also worrying, with 4.7 million people in need of assistance and some 400,000 internally displaced persons.

For Mr. Wane, it is “needless to reiterate that, in this context, MINUSMA remains crucial in Mali.”

The Special Representative, who also acts as head of MINUSMA, informed that the mission is doing its best to support national authorities.

Between May and October, the Mission responded to “a myriad of requests” from the Government and the Defence and Security Forces, in terms of rations, fuel, ground and air transport and engineering services.

Mr. Wane warned, however, that the Mission is currently “overstretched.”

“All of these activities are being undertaken within existing resources. It is in this context that the Secretary-General recommended an augmentation to our operation”, he informed.

The Special Representative believes that the answer to all these challenges “cannot be purely military”, requiring a political response.

Regarding the 2015 peace agreement, he called the progress “frustratingly slow”, in key aspects such as disarmament, demobilization and reintegration, institutional reforms and development.

He also pointed to some “encouraging evolutions” in the last few weeks. According to him, the transition “has reached a critical stage.”

Following a military coup in August 2020, the National Committee for the Salvation of the People (CNSP) agreed to an 18-month political transition to civilian rule.

Now, according to Mr. Wane, the transitional authorities believe that improving the security situation and initiating some fundamental reforms “are key to the holding of credible elections and ensuring that the return to constitutional rule and stability is not short lived.”

Highlighting insecurity and impunity in Mali, a group of UN human rights experts denounced on Friday a series of “barbaric” attacks against hundreds of people born into what they describe as nothing less than modern-day slavery.

“These unspeakable abhorrent acts have gone on far too long, committed by some Malian nationals who openly defend descent-based slavery”, the experts said in a statement.

“The whole world is watching and losing patience. We have condemned this heinous practice many times before. Now the Malian Government must take action, starting with ending impunity for attacks on ‘slaves'”, they added.

The latest attacks happened at the end of September in the Kayes region, some 500 km northwest of the capital Bamako. The area has been the site of seven previous attacks since January, in which one person was killed, at least 77 injured and more than 3,000 “slaves” displaced.

“The fact that these attacks occur so often in this area shows that descent-based slavery is still socially accepted by some influential politicians, traditional leaders, law enforcement officials and judicial authorities in Mali,” the experts said.

Some people are born into slavery in Mali because their ancestors were captured into slavery and their families have “belonged” to the slave-owning families – so-called “nobles” – for generations. “Slaves” are compelled to work without pay, can be inherited, and are deprived of basic human rights.

Noting that Mali does not have a specific law against the ancient practice, the experts said outlawing it, is long overdue.

“Slavery can no longer be tolerated. Those who continue to support it must understand they cannot attack with impunity people who claim their legitimate rights”, they concluded.

All independent UN rights experts are appointed by the Human Rights Council, and work on a voluntary basis. They serve in their individual capacity, and are neither UN staff, nor do they receive a salary from the Organisation.

Also on Friday, the UN Assistant Secretary-General for Human Rights, Ilze Brands Kehris, announced she will be paying a six-day visit to the country, starting 1 November.

She will meet with senior government officials, the Head of the African Union Mission to Mali and the Sahel (MISAHEL), senior officials from the G5-Sahel, members of the diplomatic community, as well as national human rights institution and other entities.

The Assistant Secretary-General will also hold discussions with the leadership of MINUSMA.

She will engage with various human rights and civil society organizations, community leaders and youth associations, as well as with religious and traditional authorities. 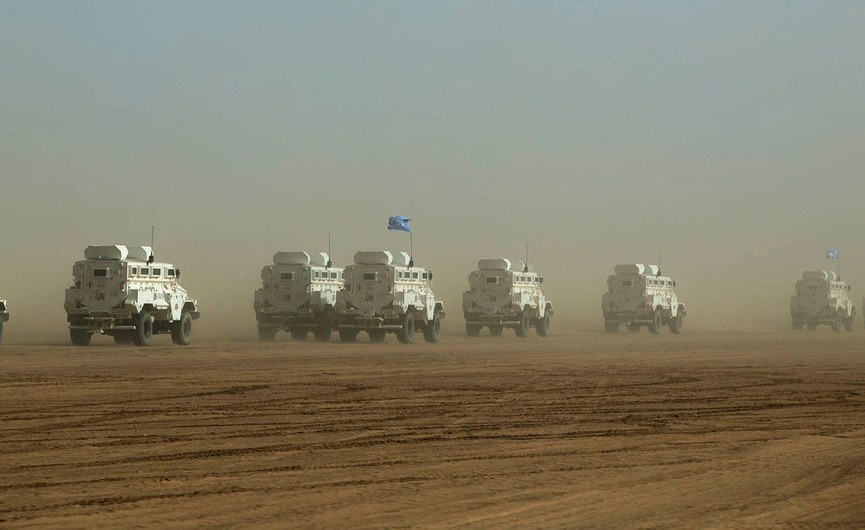 Sudan: AllAfrica Speaks With Sudan ‘March of Millions’ Protester As She Marches