Kleiman vs Wright Trial – What NOT to Expect

by mark hunter
in Bitcoin
Reading Time: 3 mins read
A A
465
SHARES
1.8k
VIEWS
Share on FacebookShare on Twitter

The massive Kleiman vs Wright court case starts next week
Plenty has been said about what to expect from the trial, some accurate and some inaccurate
Here is a breakdown of what won’t happen

The Kleiman vs Wright case, which has an alleged stash of 1.1 million bitcoin worth $70 billion at its center, is due to start next week. The case has been rumbling on for over three and a half years and will finally come to a head in front of a jury, with the Kleiman estate claiming that Wright owes them half the bitcoin stash and millions of dollars’ worth of intellectual property after Wright stiffed his late friend, Dave Kleiman, who died in 2013.

Lots has been said in the run up to the trial, but here’s an overview of what not to expect as the court opens for business on November 1.

Millions of Bitcoin to Move
Wright has taken to his BSV Slack group echo chamber in recent weeks to state that “there is no outcome in this case that does not involve BTC being forced by US Federal Court to be frozen and then recovered”. There is no legal precedent for Wright to assert this, and indeed if Wright cannot prove he has access to the bitcoin then the court will find other ways for him to pay up if he loses.

Given the fact that all the evidence pointing to millions of bitcoin having been mined by Wright and put into the Tulip Trust has turned out to be fraudulent, this looks like a more than likely scenario.

Anyone to be Confirmed as Satoshi Nakamoto
One of the two judges involved in the case, Judge Bruce Reinhart, has stated unequivocally that the Kleiman vs Wright case does not include any treatment of whether Craig Wright is Satoshi Nakamoto or not. The Kleiman camp are only concerned about whether Wright broke a contractual agreement with Kleiman when, as Wright has said and then denied, the pair mined 1.1 million bitcoin together.

Wright and Calvin Ayre have gone to great lengths to tell anyone who will listen that the case will confirm that Wright is Satoshi, but the only person who matters, the judge, has said that won’t happen.

Wright to Take the Stand
Defendants rarely take the stand in any jury trial, and this will be even more likely given Wright’s appearances in depositions. He has often come across as the fractious and argumentative individual everyone outside his BSV circle knows him to be, with Judge Reinhart accusing him of not just giving perjurious testimony in his presence but of disrespecting the court, as this exchange from Wright’s appearance in 2019 can testify:

Given how easily he can fly into a rage about the smallest things, Wright’s legal team won’t want him anywhere near the stand.

The Case to be Settled This Year
This case has been dragged out since early 2018 and with so much on the line it is a racing certainty that whoever loses will appeal, particularly Wright, who is bankrolled by Calvin Ayre’s billions. This means that the case will drag on into 2022 and potentially beyond, depending on the lengths to which the losing party will go to try and overturn the ruling.

Despite saying he has never lost a court case, Wright in fact lost a 2004 court case over a contempt of court charge – a case in which he was accused by the judge of faking supportive evidence. Wright took the case to the Australian High Court in 2006 and lost, so he already has experience of losing on appeal. 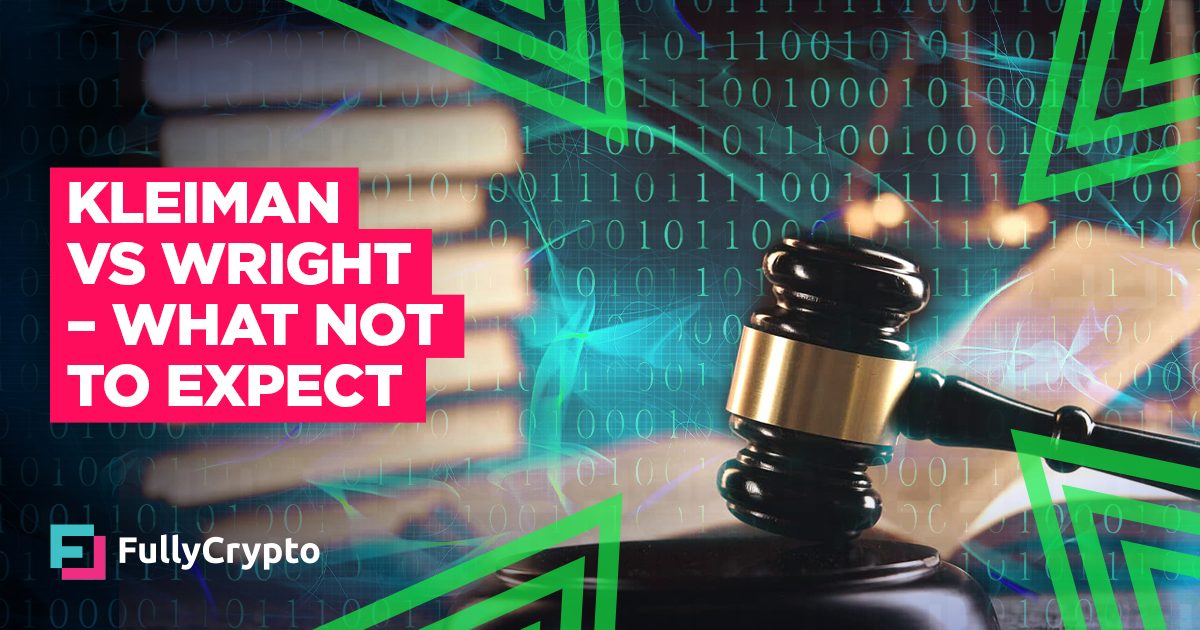 Investors Continue to Take Profit on Ether While Pouring Money in Solana and A Record $1.45 Billion in Bitcoin

Over 4.4 Billion Added in Total Stablecoin Supply in the First Week of December

Meanwhile, since Saturday, USDT and USDC’s market cap has grown by about $2 billion. In the last 15 days, the...