by jon southurst
in Bitcoin
Reading Time: 3 mins read
A A
465
SHARES
1.8k
VIEWS
Share on FacebookShare on Twitter

How can you set rules and play games on the Bitcoin blockchain? That’s the theme of the latest episode of “Bitcoin Class with Satoshi.” sCrypt founder Xiaohui Liu chats with Bitcoin creator Dr. Craig Wright about maintaining state, Turing-completeness, the unpredictability of complex systems… and how you manage all that using Bitcoin Script.

This episode is particularly relevant to Xiaohui’s own work (despite him claiming he’s “not a big gamer”), given that he’s written numerous articles on maintaining game states on-chain with Bitcoin transactions, and sCrypt itself is a contract system that aims to solve these problems.

People still have a misunderstanding that “Turing Completeness” means “infinite,” Dr. Wright says. “Unbounded” is not the same thing as “infinite”; something he describes as the “halting problem”—you may not be able to tell if a computation is Turing complete until it comes to a halt.

The games we play are incomplete-information games—i.e., we don’t know what move the other player/team will make—but they’re also bound by the rules of the game itself, so there’s a finite number of possible moves.

(By the way, when we’re talking about “games”, that includes both games people play for fun, and “games” that are also serious business: share and token trading, or online exams, for example).

Our world itself is a kind of game, albeit an extremely complex one, and one that’s full of the famous “known-knowns and known-unknowns.” Governments and other powerful entities like to think they possess all the information to enact grand plans, but there are always X-factors they aren’t aware of. Dr. Wright cites the Russo-Japanese war of the early 20th century as a classic example of this. Technological innovation is another: incremental advances in technology can be predicted and worked into plans, but every now and then there’s a sudden large leap that takes everyone by surprise.

World domination isn’t the object of every game, and most “games” on Bitcoin would be less complex than this. But they can still handle a great deal of complexity and a level of unpredictability. Although they only scratch the surface this time, the two discuss a few potential methods.

Dr. Wright refers to the simpler text-based adventure games of the 1980s like Ultima, which were similar to a “Choose Your Own Adventure” book, versus the richer world-building games people play today, or ones like World of Warcraft that contain entire economies of their own.

Among the concepts covered in this episode are memory tradeoffs with parallel computing, perfect information games, how to “shadow” or obscure information from some players based on certain conditions, how to split and share information, functions that asset if something is true or not, and how to define and maintain ownership of unique game items.

“The concept of NFTs is really being misused this way,” Dr. Wright says.

He also describes a hypothetical share or token with a built-in fee for trading: “You could penalize traders for arbitraging your shares,” and online credential/school tests that can’t be copied and posted online.

Xiaohui asks about the benefits of building games/rules on Bitcoin compared to the way things are done now. As always trust and transparency are two of the big ones.

Bitcoin protocol rules allow digital uniqueness, something that hadn’t been done before. In games, this also allows for better anti-cheating mechanisms (no “duping” of valuable items) and a higher standard of trust. Games (and similar processes) with rules coded in Bitcoin script mean players don’t need to trust a centralized and often opaque set of rules, and disputes can be more openly settled.

There’s a lot more to this topic and this shorter episode of “Bitcoin Class” is more of an introductory teaser for what’s coming next. Future episodes will continue to delve into specifics on how blockchain records, written by Bitcoin transactions, can handle near-limitless sets of situations. How limitless? Well, we can’t know that until we know the limits. 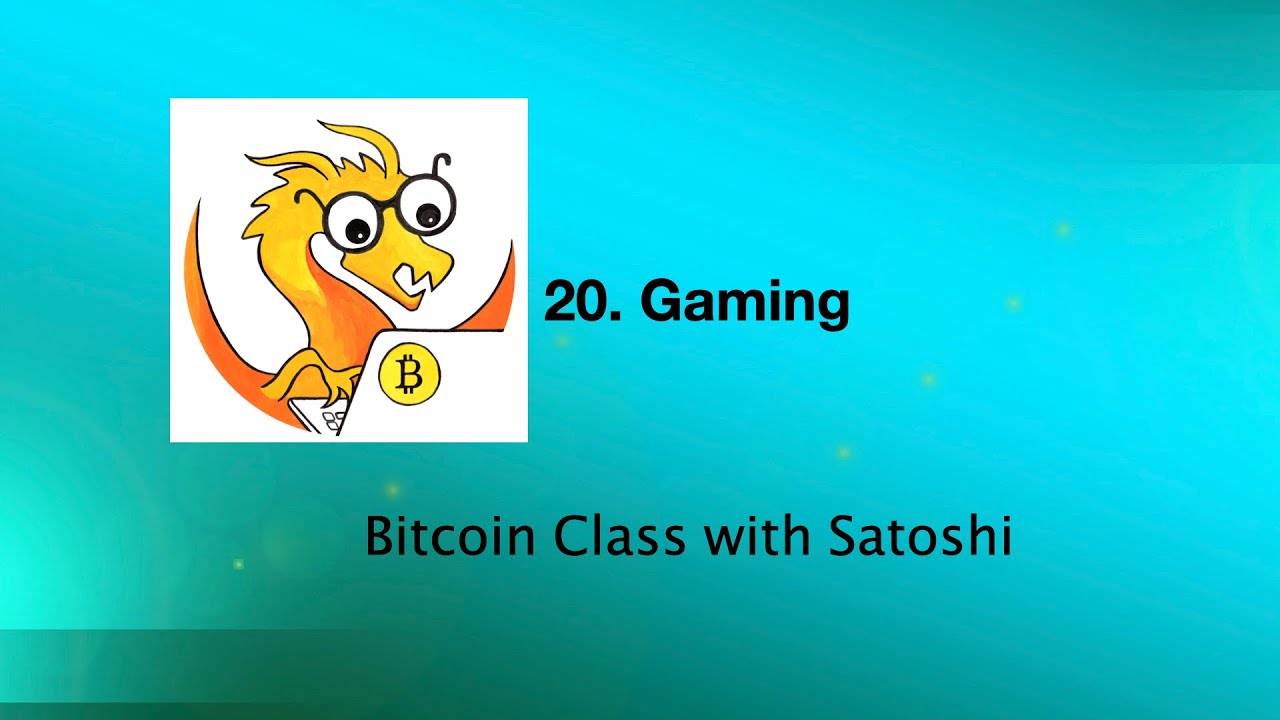