by joan howe
in Africa News
Reading Time: 3 mins read
A A
464
SHARES
1.8k
VIEWS
Share on FacebookShare on Twitter

South African cricket star Quinton de Kock has apologised for refusing to play in a Twenty20 World Cup match after players were ordered to take the knee ahead of the game, and said he would now be “happy” to take the knee after all.

“I would like to start by saying sorry to my teammates, and the fans back home,” the wicketkeeper-batsman said in a statement on Thursday.

“I never ever wanted to make this a Quinton issue. I understand the importance of standing against racism, and I also understand the responsibility of us as players to set an example.”

The South African player said he felt being compelled to take the knee felt like his “rights were taken away when I was told what we had to do in the way that we were told”.

But de Kock said he was now “more than happy” to take a knee before future games “if me taking a knee helps to educate others, and make the lives of others better”.

A former captain and one of South Africa’s star players, he made himself unavailable for Tuesday’s game against the West Indies after a directive from the country’s cricket board that morning ordered all its players to take a knee before games.

De Kock said he did not mean to offend anyone but was “shocked” at the directive.

Cricket South Africa issued the order a few hours before the crucial game in Dubai after previously saying players could choose their own way to show support for the anti-racism movement.

“I did not, in any way, mean to disrespect anyone by not playing against West Indies, especially the West Indian team themselves,” de Kock asserted.

“Maybe some people don’t understand that we were just hit with this on Tuesday morning, on the way to a game.

“I am deeply sorry for all the hurt, confusion and anger that I have caused.”

Angry reaction
De Kock’s refusal to play because of the Black Lives Matter gesture sparked fierce reaction at home in South Africa, where issues of race and racism are constantly in the headlines because of the country’s history of forced segregation under the apartheid regime, which ended in 1994.

Those players’ actions provoked accusations that they did not support the anti-racism movement. De Kock has previously been asked why he does not simply take a knee if he is against racism and has replied it was for personal reasons, but said he now felt he had to clarify his position.

De Kock denied accusations in the aftermath of Tuesday’s controversy that he was racist, explaining “for those who don’t know” that he comes from a mixed-race family. His step-mother is Black and his half-sisters are mixed-race.

“For me, Black lives have mattered since I was born. Not just because there was an international movement,” de Kock’s statement noted.

De Kock said he and his teammates had “emotional” conversations with members of the Cricket South Africa board on Wednesday and “I think we all have a better understanding of their intentions as well.” 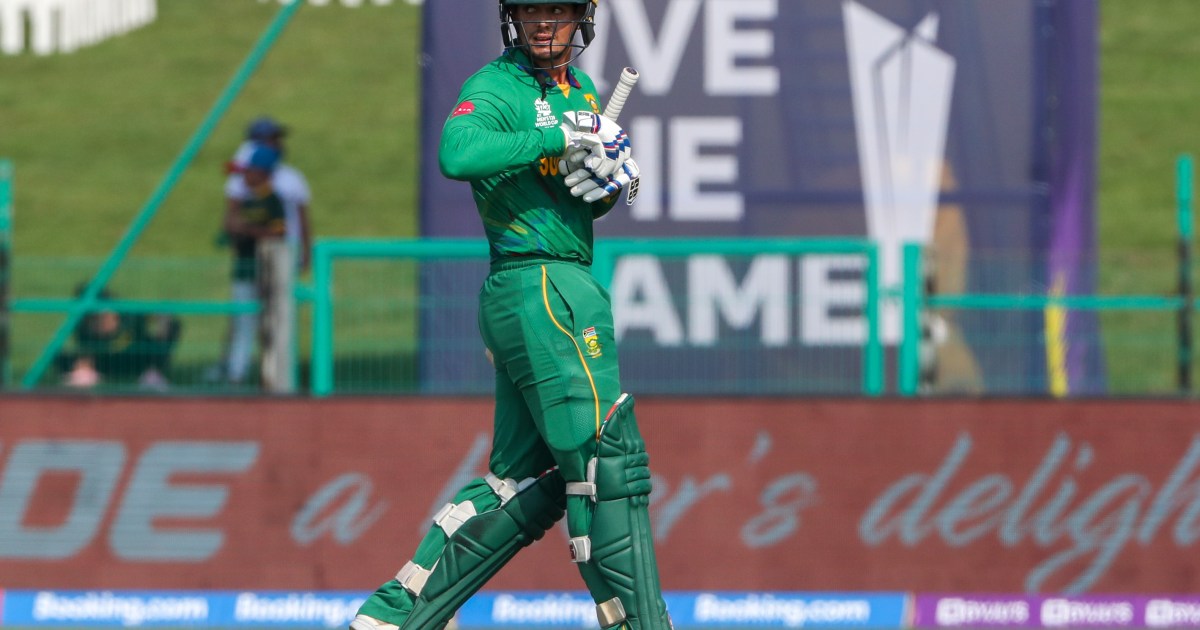