by margherita kucera
in COVID-19
Reading Time: 3 mins read
A A
464
SHARES
1.8k
VIEWS
Share on FacebookShare on Twitter

An employee wearing a protective face mask and face guard works on the automobile assembly line at Kawasaki factory of Mitsubishi Fuso Truck and Bus Corp, owned by Germany-based Daimler AG, in Kawasaki, south of Tokyo, Japan May 18, 2020. REUTERS/Issei Kato

The Bank of Japan’s (BOJ) quarterly tankan business sentiment survey was expected to show the headline index for big manufacturers’ sentiment fell to 13 from 14 in June, the poll of 17 economists showed on Friday.

“Durable goods sales have been strong until now, making up for a slump in service consumption,” said Takeshi Minami, chief economist at Norinchukin Research Institute.

Output cuts by carmakers because of a global chip shortage and difficulties in procuring parts due to the explosive growth of the COVID-19 Delta variant in Southeast Asia from the summer hurt activity, he said.

The mood among big non-manufacturers was also likely to fall slightly, but avoid slipping into net pessimism, coming in flat from plus 1 in June, the poll showed.

The forecasts were in line with a string of recent data that shows firms are facing renewed headwinds from the pandemic, which remain especially painful for service-sector firms.

Japan’s economic growth is seen slowing in the current quarter from April-June due in part to those disruptions even as the country’s vaccination rates improve and daily COVID-19 infections appear to have peaked.

For the three months ahead, big manufacturers’ optimism was expected to improve slightly to 15, while the large non-manufacturers’ outlook index was seen rising to plus 5, the poll showed.

Big firms will likely raise their capital spending plans by 9.1% for the current fiscal year as the outlook improves.

The BOJ will announce the tankan quarterly survey results at 8:50 a.m. on Oct. 1.

The central bank is set to maintain its massive stimulus at its Sept. 21-22 policy meeting, as supply bottlenecks caused by factory shutdowns in Asia and lacklustre consumption weigh on the economy.

Separate data due out on Sept. 24 is expected to show nationwide core consumer prices, which exclude fresh food but include oil products, were flat in August from a year earlier, the poll found.

(This story was refiled to correct typographical error in paragraph 8) 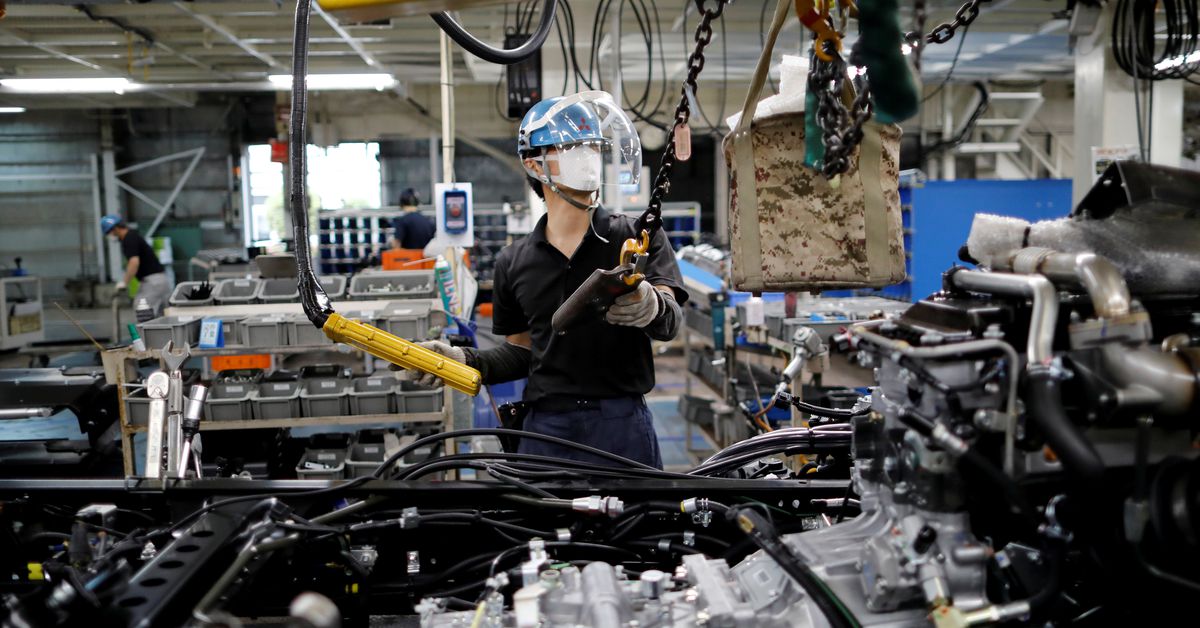