by michele schildgen
in Africa News
Reading Time: 3 mins read
A A
464
SHARES
1.8k
VIEWS
Share on FacebookShare on Twitter

Minister of Health Dr Joe Phaahla said on Friday, 27 August, that he believed young men signing up for Covid-19 vaccinations were playing an important role in narrowing the gender gap in South Africa’s vaccination roll-out.

At the same time, however, he expressed his concern about a growing number of young people between the ages of 10 and 19 testing positive for the coronavirus. He said while some of these outbreaks among young people were linked to schools, others were connected to social gatherings where safety measures were not in place.

A few weeks ago, Phaahla said there was a concern about the low numbers of men getting the vaccine, but on Friday he said this gap had now narrowed to 58% women and 42% men. Phaahla said he believed young men were playing a big role in narrowing this the gap had narrowed since registration and vaccination had been opened for young adults between the ages of 18 and 34.

In KwaZulu-Natal, some youngsters were excited to receive the vaccine. Maxwell van der Werff (18) from Greyville said he believes vaccinating is the “safer option to stop the spread [of the Covid-19 virus], to be honest”.

“You can’t listen to all the things that are getting put out on the internet. All these myths saying you can become sterile, all of the stupid stuff that’s posted on social media. You can’t really believe it. I mean to believe that rather than a doctor with over 10 years’ experience is pretty ridiculous, in my opinion,” said Van der Werff.

Accompanying his brother to get vaccinated was enough to motivate Cody Rayner (25) from Newlands East to get the vaccine.

He said he had not thought about getting vaccinated until the day before. Rayner said he had thought practising non-pharmaceutical methods of preventing Covid-19 were enough for him to fend off the virus.

“I never thought that I would do it [get vaccinated]. I was too nervous because everyone [on] social media was saying a lot of things. Some were saying they give you the virus [when you get vaccinated],” he said.

Thabo Tshabalala (27) gets his jab from a nurse at the Power FM offices in Houghton, Johannesburg. (Photo: Shiraaz Mohamed)
Dr Rolene Wagner, the head of the Eastern Cape Department of Health, said a truck sponsored by Unicef was expected in the province this coming week that would target young people specifically.

So far, about 7% of more than a million young people in the Eastern Cape have registered for the vaccine.

Wagner said they were approached recently by Metro FM’s The Naked DJ, who said vaccinated youngsters will get to join a special party and get specials at the Gin Bar at Hemingways East London this coming weekend. She said learners over the age of 18 would also be vaccinated at schools in the province and students at universities.

In Mthatha, Ziyanda Matomane (28) said she decided to get vaccinated because Covid-19 cases were increasing daily in South Africa instead of decreasing.

“As young people it is important to vaccinate because by not vaccinating today you have chances of becoming a victim of the virus, ending up losing your life,” she said.

Xola Ntwana, who is doing a course in electrical engineering at King Sabata Dalindyebo TVET College in Mthatha, was among those who got the Johnson & Johnson jab on 26 August.

“To me it is important to take the vaccine because some of our students were infected by the virus, so I am taking the vaccine to protect myself from the virus and protect people around me. Another thing is that as students we are coming from various communities so you are not sure who is carrying the virus,” Ntwana said. DM168 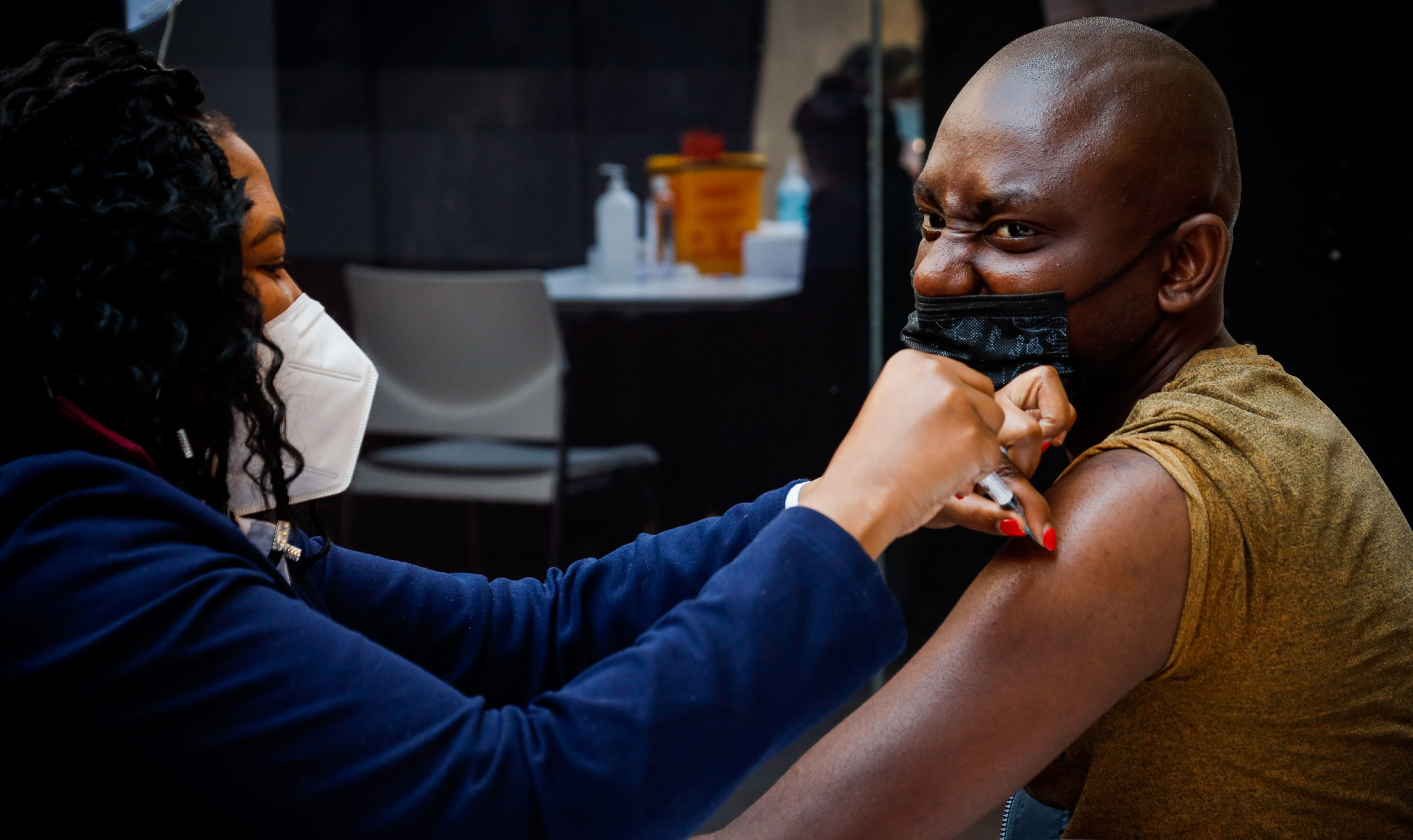