by irene galea
in COVID-19
Reading Time: 6 mins read
A A
464
SHARES
1.8k
VIEWS
Share on FacebookShare on Twitter

Despite initially planning for a return to the office this fall, companies across the country are now starting to push back the expected date to early 2022, marking nearly two years of remote work.

Many companies initially planned to reopen for Labour Day, or targeted Thanksgiving as a pivotal point in their return-to-office plans. But those plans are being deferred as the Delta variant of COVID-19 surges and companies continue to deliberate on how to organize the complexities of flexible work arrangements while balancing employee preferences.

Toronto-Dominion Bank is among those delaying a broad return, telling employees in a mid-September internal memo to look to next year, further putting off previous plans to open in the spring and summer of 2021. The bank is also requiring employees to upload their vaccination status to a mandatory registry.

Laurentian Bank of Canada and Canadian Imperial Bank of Commerce are also deferring a reopening until the new year, and Manulife Financial Corp. is limiting in-office staff to essential workers for the remainder of 2021.

Similarly, Desjardins Group has not yet set a date for office return for its 40,000 employees currently working from home, according to spokesperson Chantal Corbeil in an e-mail. Instead, she said, they will wait until public-health officials provide further guidelines.

“Most, if not all, the companies we work with made the decision to push back the work-from-home policy to the new year,” said Jean-François Vézina, executive vice-president for Canada for recruitment company Randstad Sourceright. “They realized the cases are rising and that it’s not worth the risk in the long term.”

Indeed, an August poll from research firm Gartner Inc. found two-thirds of organizations are delaying reopening because of new COVID-19 variants. The survey of 238 executive leaders, mostly from North America, also found companies are offering a variety of draws to get employees back into the office, including extra vacation time or monetary incentives.

Some have even told their employees they will never have to return. Consulting firm PricewaterhouseCoopers announced Oct. 1 that its U.S. employees will have the option to remain permanently remote.

Mr. Vézina expects to see companies open their offices in the spring of 2022, but he says if the situation with the Delta variant stays the same or gets worse that could be pushed to the second or third quarter.

Even that timeline might be too soon, according to Linda Duxbury, professor at the Sprott School of Business at Carleton University.

“I think many key organizational decision makers are breathing a huge sigh of relief right now, because the fourth wave means that they don’t have to return people when they’re not ready,” Prof. Duxbury said.

Instead, she expects to see large companies trialing pilot programs in the new year before a broad return to the office. This includes considerations of training, cybersecurity, mental health and employee evaluation.

“Our data show many top decision makers and companies have no idea how to bring people back,” Prof. Duxbury said. “This whole idea of hybrid work is very complicated.”

In addition to health concerns, labour shortages could put extra pressure on companies to cater to their knowledge workers’ desires, said Dan Kelly, president of the Canadian Federation of Independent Business.

“Many staff have had a taste of working from home, and now quite like it and don’t wish to return to the office. So employers are going to be motivated to delay reopening their offices so they don’t lose their talent,” Mr. Kelly said.

Until then, Mr. Kelly says, hybrid approaches will remain common, with companies experimenting with different in-person formats, including asking teams to come in voluntarily, or assigning in-person days on a daily or weekly rotation.

“If they make the wrong assessment, they could start to lose people,” Mr. Vézina said. “We’ve seen that with organizations that forced it a little bit too soon – we saw people resigning and moving to positions or organizations that were more flexible.”

Some companies are avoiding a return date all together. Consulting firm Deloitte Touche Tohmatsu Ltd. is among those gradually welcoming employees back on a voluntary basis, in keeping with local restrictions and capacity limits.

“With the way things have been going with the pandemic, a set return-to-office date doesn’t seem realistic,” said Linda Blair, chief experience officer at Deloitte. She said the company has already started welcoming employees back to its offices. Employees must book a space ahead of time and fill out a health-assessment form.

“That way, they can continue to plan and not worry about a date when everything changes,” Ms. Blair said.

Although they originally had a return set for Oct. 12, the National Bank of Canada scrapped that date in the last week of September, opting instead for a gradual reopening without a set date, according to Danny Déry, vice-president of employee experience.

The Bank of Montreal’s trading floor is also scheduled to open some time this fall, although its U.S. offices started to open in June, spokesperson Kelly Hechler said in an e-mail.

Meanwhile, others are still pencilling in definite returns to in-office work this year.

The Bank of Nova Scotia said it would open its offices by Oct. 1 to senior leaders and select teams in the Greater Toronto Area to return to work on a voluntary basis. Law firm Osler, Hoskin & Harcourt LLP said it would start encouraging employees to return on a limited and gradual basis after Oct. 4, subject to attendance caps.

Humi, an HR company based in Toronto, is planning a suite of events during the first week of December, although it will also allow employees to work remotely if they choose.

Andrea Bartlett, director of people operations, said the complex logistics of bringing back its work force has been one reason behind the delayed return – its team doubled over the past year to 100 employees. Setting up equipment, rearranging work areas and posting COVID-19 safety signage, she said, has taken more time than expected.

“There are a lot of things that happen behind the scenes that go into reopening an office,” Ms. Bartlett said.

Companies straddling provincial boundaries face even more challenges. Although private-equity firm Investissements Novacap Inc. is based in Brossard, Que., a third of the company’s 90 employees live in Ontario. Marc Trépanier, Novacap’s vice-president of human resources, said this makes a return to the office doubly complicated, as his team must grapple with government restrictions in two jurisdictions.

Among his team’s concerns are questions about mandating employees to be vaccinated. Mr. Trépanier said the firm will require employees entering the office to show proof of vaccination, but that they are still hoping for further instruction from government about what companies can legally enforce.

“When we talk to our lawyers, that question is still here,” Mr. Trépanier said.

For others, the future is unclear. John Marraffino, president of VMC Media, a small media business in Toronto, said he has no firm plans to bring his 20-member work force back to the office. For now, they will continue to work entirely remotely.

“There’s a huge level of uncertainty across all businesses and all categories, so leaders are reluctant to make quick decisions because things are changing all the time. It’s almost like procrastination is go-to at this point.”

Your time is valuable. Have the Top Business Headlines newsletter conveniently delivered to your inbox in the morning or evening. Sign up today. 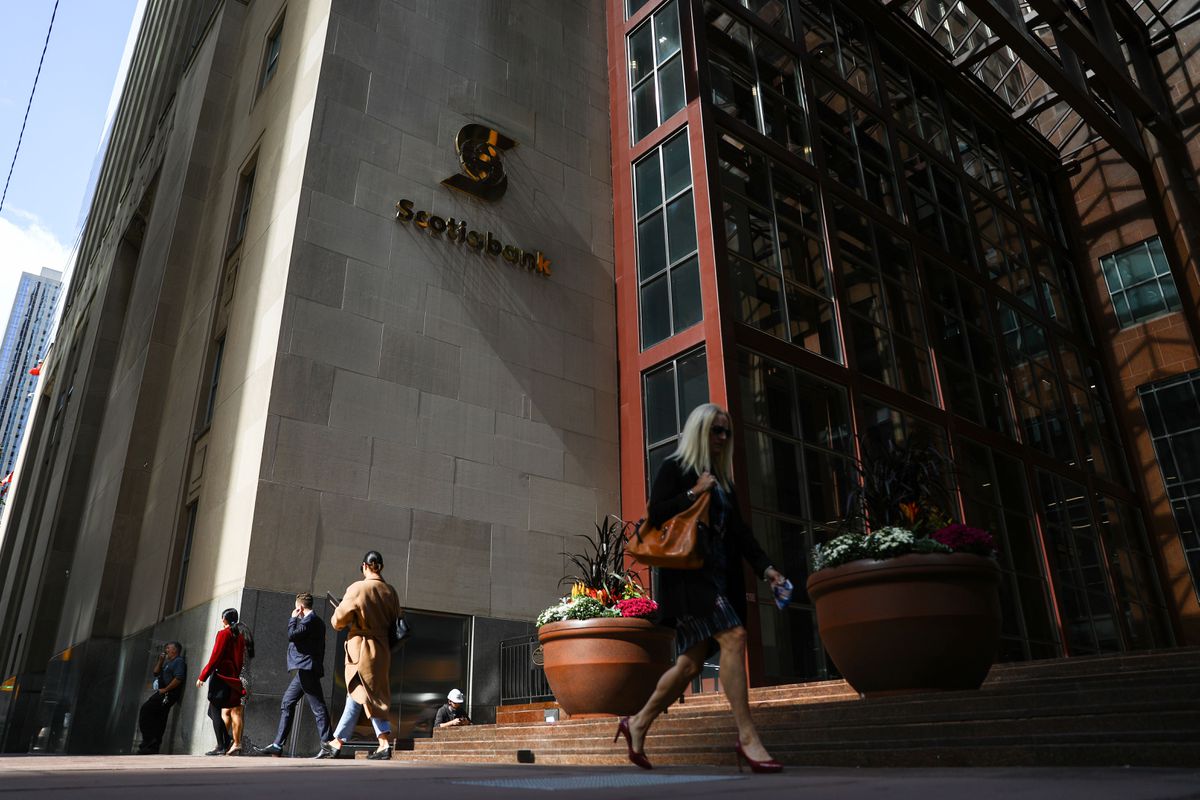