by guest author
in Africa News
Reading Time: 3 mins read
A A
464
SHARES
1.8k
VIEWS
Share on FacebookShare on Twitter

16 African countries are seen pivoting away from coal power production altogether, with Egypt – set to play host to the environmental conference COP27 in 2022 – setting the stage with the cancellation of some 15.3 GW of coal power capacity it proposed as recently as 2017.

This article was contributed by Conrad Onyango/bird

While most African countries are set to move away from fossil fuels to cleaner power as the world significantly cuts back on coal mining, Egypt seems to have gone “big” on its commitments to cleaner energy.

A ‘No New Coal Factbook’ published by think tanks Ember, E3G and Global Energy Monitor, shows 16 African countries are on the verge of phasing out coal as a source of power.

Half of these countries are those without projects in the pipeline, or at any construction stage, and are highly likely to commit to ‘No New Coal’, “immediately”, the report says.

The 2021 United Nations Climate Conference Conference, or COP26 – to be held in Glasgow, Scotland, from late in October – may ask them to do exactly that.

The Democratic Republic of Congo (DRC), Guinea, Mauritius, Namibia, Ghana, Zambia, Sudan and Nigeria are listed among 36 economies in the world expected to rally against coal mining.

“African nations are well-positioned to commit to ‘No New Coal,’” say the authors of the fact-book.

In March, United Nations Secretary-General, Antonio Guterres called for immediate global action to phase out coal by 2021, a stand reiterated by COP President Designate Alok Sharma who has called on nations to ‘consign coal to history’ during COP26.

Egypt, a host of COP27 in 2022, has cancelled a pipeline of over 15.3GW of coal power capacity proposed in 2017, in a full pivot away from new coal power, giving it a leadership position on the phase-out of coal and a voice for cleaner energy in Africa.

“Egypt can advocate for other countries to commit to no new coal, speaking from the strong foundation of its own experience,” says the factbook.

Some African nations have already committed to ending new coal mining projects, while other new projects on the continent are facing strong public opposition.

Ethiopia has committed to no new coal power generation in 2017, since becoming a member of the Powering Past Coal Alliance.

In Kenya, the report says, multiple proposed projects have been cancelled or shelved with the remaining proposed Lamu project, located at a World Heritage Site, an iconic example of how coal power projects conflict with the wishes of the local community and broader civil society.

Similarly, work on the proposed Imaloto coal station in Madagascar has been repeatedly delayed, ‘with no secure commitments still made.’

“The country could cancel this project and commit to no new coal,” reads the report in part.

The report, “No New Coal by 2021 – the collapse of the global coal pipeline” shows the global pipeline of proposed coal power plants has collapsed 76% since the Paris Agreement in 2015.

During the period under review, the report shows that 1,175GW of planned coal-fired power projects has been cancelled, driven by government policies and sustained civil society opposition that have influenced coal market trends.

“The world has avoided a 56% expansion of the total global coal fleet (as of June 2021), which would have been equivalent to adding a second China (1,047GW) to global coal capacity,” according to the report.

According to the report, the majority of the shelved projects have a high chance of cancellation, rather than being returned to the development pipeline. More than 80% of the cancelled capacity (1175GW) was initially classified as shelved, due to a lack of progress.

“The remaining 20% was directly cancelled with an announcement by the project developer and/or government,” says the report. 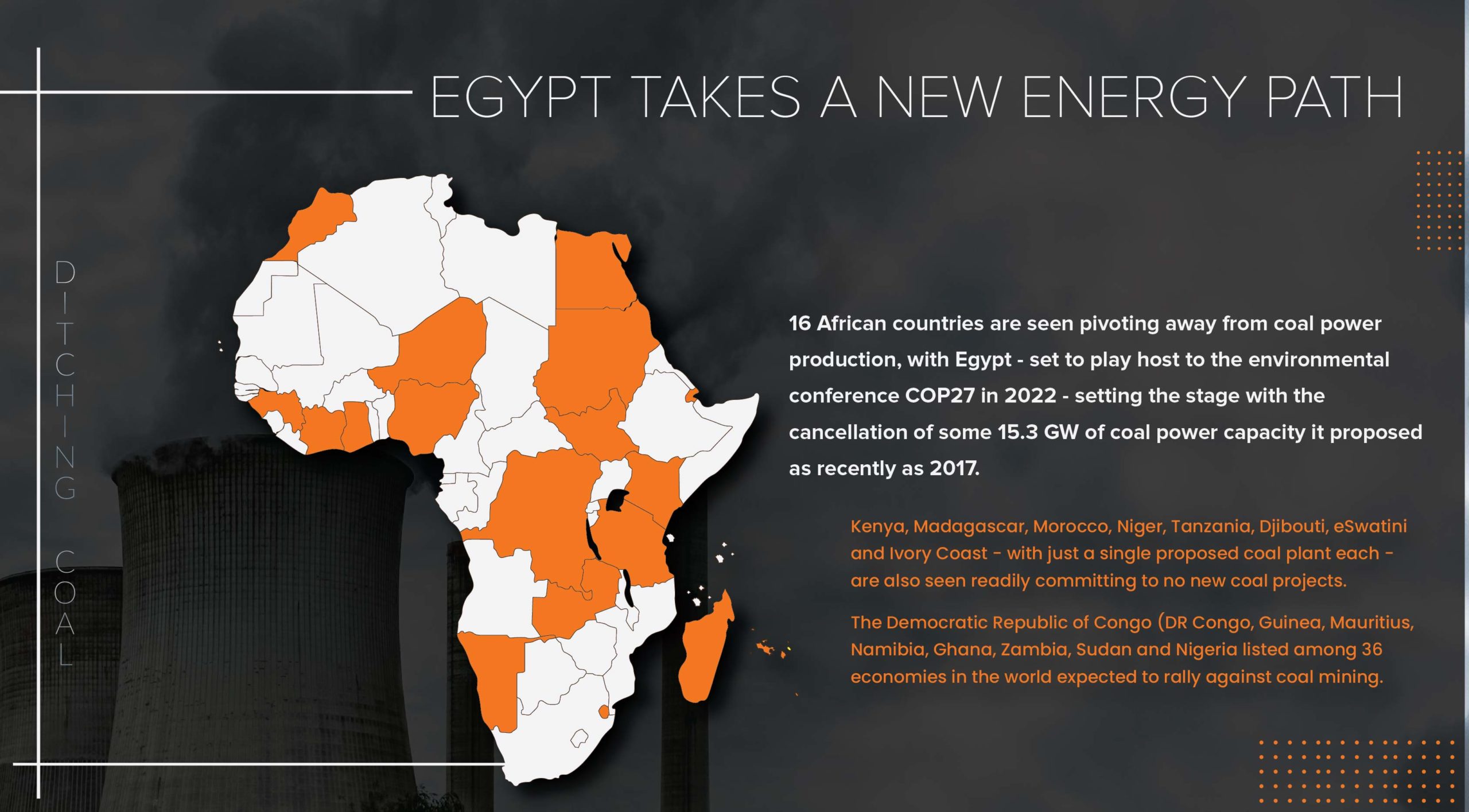