by global times
in COVID-19
Reading Time: 3 mins read
A A
468
SHARES
1.8k
VIEWS
Share on FacebookShare on Twitter 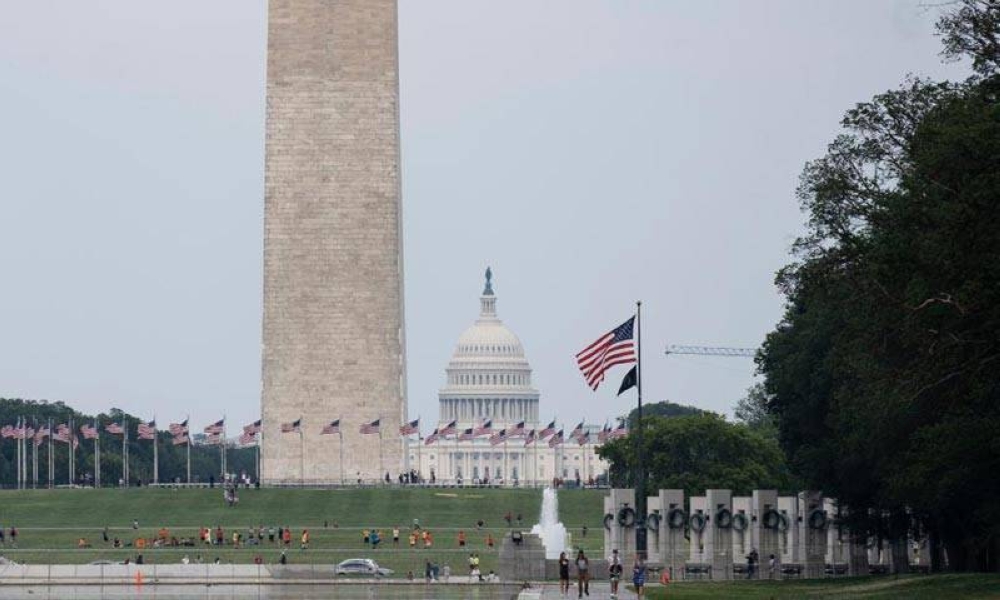 Photo taken on July 7, 2021 shows the US Capitol building in Washington, D.C., the United States. The highly transmissible Delta variant has overtaken the Alpha variant to become the dominant variant in the United States, according to new estimates from the US Centers for Disease Control and Prevention (CDC). XINHUA PHOTO

Fueled by the Delta variant, the United States has been registering new record-high infection numbers in recent days and with the resurgence of Covid-19 cases, the spike has also sparked fears of more unvaccinated groups becoming vulnerable to the highly contagious new variant and more children falling ill as the school year approaches.

With miserable scenes, such as shortages of intensive care unit beds and more hospitalized children emerging in coverage from US media outlets, senior US officials are starting to reflect on the missteps that led to America failing in the fight against the pandemic.

A 23,000-word report has been released in Chinese, English, Spanish and French, and is also the first to comprehensively show the truth about the US anti-epidemic fight, based on rigorous studies, objective and factual data from US research institutes, media outlets and politicians, Wang Wen, executive dean of the Chongyang Institute for Financial Studies at Renmin University of China, told a press conference on Monday.

The report was also published after US media outlet Bloomberg ranked the United States no.1 in terms of Covid-19 resilience on June 28, which was mocked as a joke as it has become crystal clear to the public that the US performance in fighting the pandemic has disappointed the world, and not only thrown the American people into a crisis but also had a devastating impact on the overall global response.

Entitled “The Truth about America’s Fight against Covid-19,” the report analyzed five major aspects regarding the US’ failure in its response to the pandemic, including its highly politicized partisanship, its anti-science and abnormal measures in epidemic prevention and control; the growing social inequality exacerbated by the pandemic and its willful destruction of global resistance to the pandemic.

The US deserves to be called the world’s no. 1 in eight aspects: failure in anti-pandemic response, political blaming, pandemic spreading, political division, currency abuse, pandemic period turmoil, disinformation and origins-tracing terrorism, according to the report.

A series of figures also indicated how bad the current situation is amid the rampaging Delta variant in the United States: its seven-day average of daily cases reached more than 107,100 as of Aug. 6, 2021, the highest average in nearly six months, according to Johns Hopkins University data; more than 66,000 Americans were hospitalized as of late Saturday; the number of children contracting Covid-19 has increased fivefold since the end of June; the Delta variant made up 93 percent of all sequenced cases in the United States and 2,800 counties across the US are experiencing either “substantial” or “high” transmission rates, according to US media reports.