by maribel drews
in Africa News
Reading Time: 4 mins read
A A
467
SHARES
1.8k
VIEWS
Share on FacebookShare on Twitter

New research published this week suggests that South Africa, where more than 13% of adults are now fully vaccinated against Covid-19, may be facing a new variant of the virus. The Department of Health has alerted the World Health Organization, which is monitoring the situation.

The variant, identified by researchers from the National Institute of Communicable Diseases and the KwaZulu-Natal Research Innovation and Sequencing Platform, is being referred to as the “C.1.2 lineage”. The majority of C.1.2 lineage sequences from around the world so far are from South Africa.

C.1.2 was first detected in Mpumalanga and Gauteng in May, near the beginning of the country’s third wave of infections. A month later, it had shown up in KwaZulu-Natal and Limpopo, as well as in England and China. By 13 August, C.1.2 had also been detected in the Eastern Cape, Western Cape and Northern Cape – meaning it was circulating in seven of South Africa’s nine provinces – along with Botswana, the Democratic Republic of Congo, Mauritius, New Zealand, Portugal and Switzerland.

The deputy director-general of the Department of Health, Anban Pillay, said the prevalence of the new variant in the samples that have been tested “is very low at this stage”. Nevertheless, the number of C.1.2 genomes being sequenced in South Africa have seen monthly increases similar to those observed in the early days of the Beta and Delta variants. In May, C.1.2 made up 0.2% of all genomes sequenced. In June, that number had risen to 1.6%, and by July it was 2%.

According to the researchers, the currently available figures “are most likely an underrepresentation of the spread and frequency of this variant within South Africa and globally”. Cathrine Scheepers, one of the lead authors of the research, said the new variant “probably emerged following a prolonged Covid-19 infection and accumulated additional mutations, likely to escape the immune response”.

The Delta variant has swept the globe and driven a third wave of infections in South Africa over the past few months. Along with Alpha, Beta and Gamma, it is one of four variants of concern, which invariably cause new waves of infection. There are also four variants of interest – Eta, Iota, Kappa and Lambda (currently the most similar to C.1.2) – associated with increased transmissibility and disease severity.

Despite its global dominance, Delta will not be the last variant, and concerns have been mounting that a more menacing one may evolve to displace it. “New variants are bound to develop as a natural evolution of the virus,” said Pillay. “The evidence to date indicates that the nonpharmaceutical interventions remain the key responses to these variants.”

While Pillay pointed out that “the similar variant lineage [to C.1.2] has been around since our first wave, but has not become dominant”, the research shows that the new variant is “highly mutated beyond all other variants of concern and variants of interest”, with up to 59 mutations from the original Covid-19 variant detected in Wuhan.

Previous variants of concern, like the Alpha, Beta and Gamma variants, had increased substitution rates – which means they accumulated mutations that made them a more serious threat to humans – similar to what has brought about the C.1.2 variant. While not yet a variant of concern, C.1.2 is potentially a variant of interest.

Along with substitutions and deletions within the spike protein similar to those that increased the transmissibility and reduced the capacity of antibodies to fight previous variants of concern, C.1.2 exhibits a “concerning constellations of mutations” that could boost the variant’s infectiousness through its ability to reproduce itself.

Scheepers said the researchers, who are “concerned” about the variant, continue to monitor its spread but do not yet know whether the combination of mutations in C.1.2 makes the lineage more transmissible. While data regarding the variant’s ability to sidestep immunity are not yet available, some of the mutations may “influence immune escape”.

The mutations – 52% of which have been identified in other variants of concern and interest – present “a potentially novel antigenic landscape for C.1.2 variant specific antibodies”, and are likely to contribute to evading immune responses resulting from the Alpha or Beta variants.

Fears that variants might evolve to avoid vaccine immunity have been around for a while now. This would give the virus the upper hand in its now almost two-year assault on humanity. “The scientists are looking at [the] in vitro effectiveness of our vaccines on this lineage. We expect some of the results to be available in the next couple of weeks,” said Pillay. DM 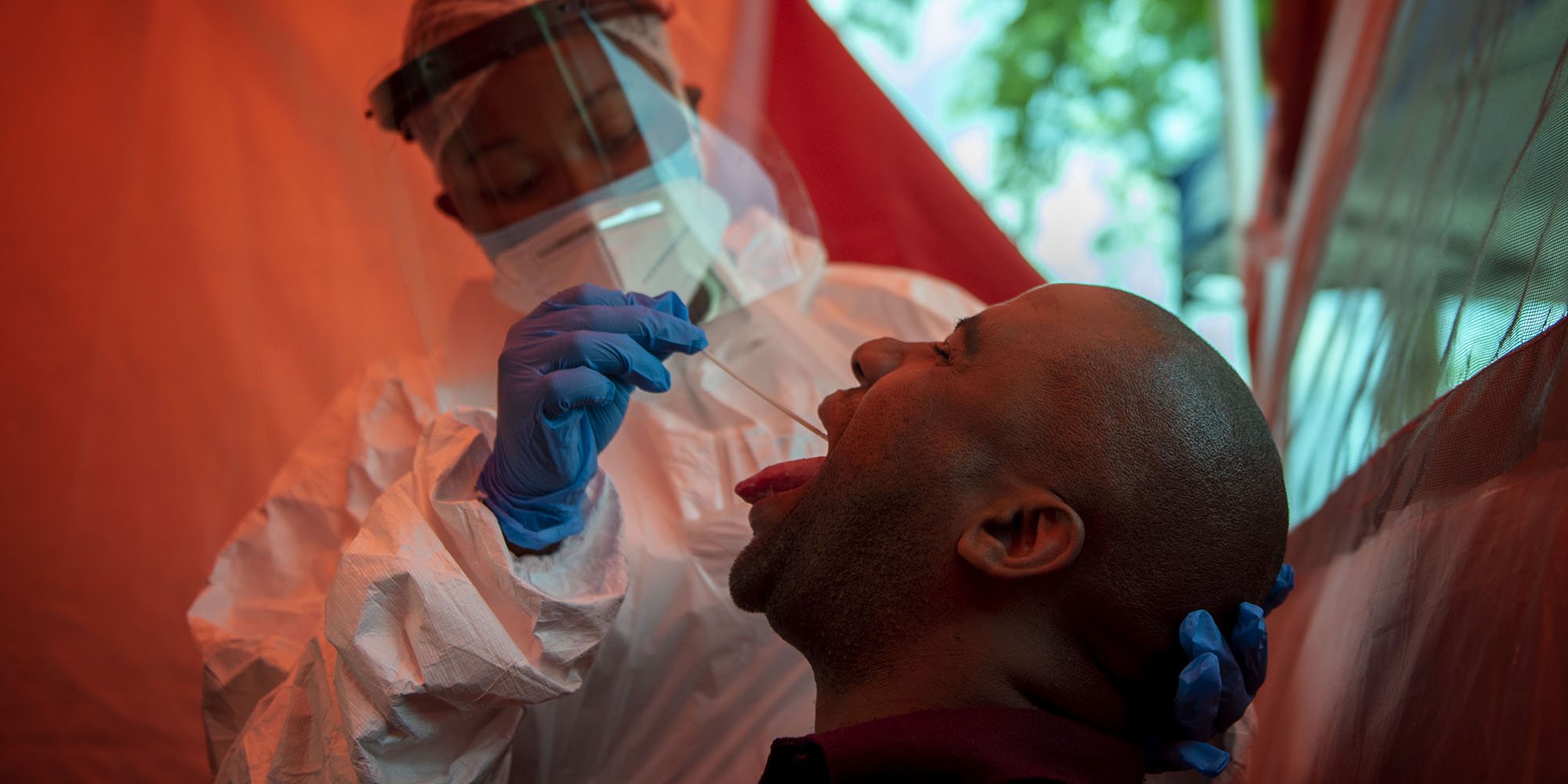