by tom warren
in Education
Reading Time: 2 mins read
A A
465
SHARES
1.8k
VIEWS
Share on FacebookShare on Twitter

Apple hasn’t created a USB-C iPhone despite years of rumors, but that hasn’t stopped a robotics engineering student from creating one. Ken Pillonel has placed a working USB-C port inside an iPhone X, allowing the phone to charge and transfer data over USB-C instead of Lightning.

Pillonel has spent months on the project in his spare time, as spotted by Apple Insider, and opened up plenty of USB-C and Lightning cables to get to his final goal of a USB-C iPhone. Pillonel originally created a simple prototype in May that allowed an iPhone battery to be charged over the USB-C port. The proof of concept was rather large and didn’t fit inside an iPhone, so the next stage was to remove all the wires and squeeze it inside.

The USB-C port on an iPhone X.

Pillonel reverse-engineered Apple’s custom C94 connector, creating his own flexible PCB design that fits inside an iPhone. Pillonel revealed the flexible cable in a final teaser video this week, demonstrating how the iPhone X with USB-C charges and transfers data. A full video is currently being edited, which will detail exactly how Pillonel managed to reverse-engineer the C94 connector and fit his custom PCB inside the phone.

The USB-C iPhone comes just weeks after the European Commission announced plans to force smartphone and other electronics manufacturers to fit a common USB-C charging port on their devices. Apple could be forced to create an iPhone with USB-C in the next couple of years, or launch a portless iPhone that relies on wireless charging.

It’s not clear whether Pillonel plans to release details of his custom flexible PCB so others can attempt the modification. He’s currently studying for a master’s degree in robotics at the Swiss Federal Institute of Technology, EPFL. He has previously used his talents to modify a car mount for Samsung’s Galaxy Fold, releasing a 3D printed mod to allow a Xiaomi Mi Wireless Car Charger to work with the Galaxy Fold. 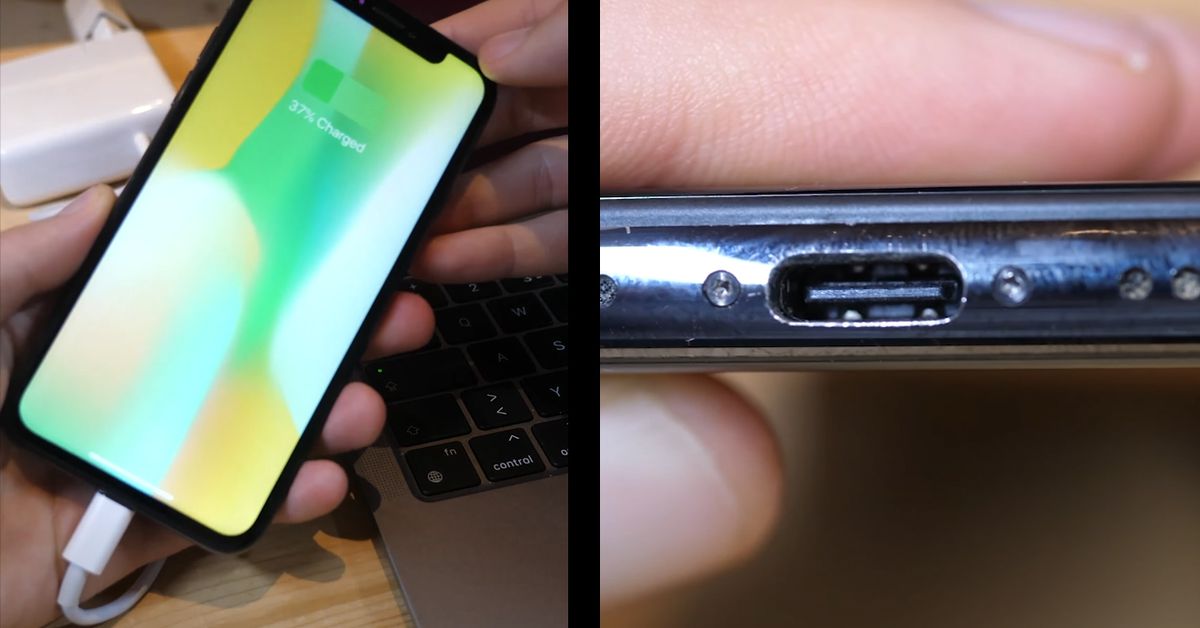