by jack dutton
in COVID-19
Reading Time: 3 mins read
A A
465
SHARES
1.8k
VIEWS
Share on FacebookShare on Twitter
ADVERTISEMENT

A petition to recall and remove Florida Governor Ron DeSantis has reached its target of 35,000 signatures, with coronavirus cases continuing to climb in the Sunshine State.

The petition, which was started by Cameron White, criticizes the Republican governor’s stance towards COVID-19, as well DeSantis making it difficult to file for unemployment benefits.

“Governor Ron DeSantis and former governor Rick Scott have made filing for unemployment in Florida impossible. They care more about showing low unemployment numbers than they do if Floridians have enough to eat,” the petition reads.

“Aside from this sad fact DeSantis waited until the last minute to issue a stay-at-home order which without a doubt caused the Coronavirus to spread much faster than necessary. The governor has also went directly against CDC guidelines and allowed churches to still have large gatherings. He is not fit to be our governor and needs to be removed as quickly as the constitution allows.”

Although the petition was started over a year ago, it has recently picked up steam, with thousands of people signing it in the last few days as Florida sees COVID-19 cases soar. By Sunday morning, the petition had 35,367 signatures.

Florida is witnessing some of the highest rates of COVID-19 infection in the United States as the Delta variant rapidly spreads. On Saturday, the state reported 25,991 more COVID-19 cases, another record daily case count. Newsweek reported that the state is experiencing the highest rate of children hospitalized with COVID-19 across the country.

According to data from the CovKid project, which uses COVID-19 hospitalization numbers from the U.S. Department of Health and Human Services, as of August 7, Florida is reporting 8.1 children hospitalized with COVID-19 per 100,000 residents.

Florida is also reporting the highest rate of COVID-19 hospitalizations among those aged 18 and 19. According to the data, as of August 7, Florida reported 20.6 hospitalizations per 100,000 residents in that age group.

Yet despite this, the governor has stood by his executive order that prohibits localities from imposing mask mandates in places including schools.

But the governor remains popular in many circles. Although DeSantis hasn’t officially entered the Florida gubernatorial race for 2022, he has already raised significantly more funds than his top two Democratic challengers.

The Friends of Ron DeSantis PAC raised more than $4 million in July, according to campaign finance records.

The controversial governor is also one of the front-runners for the 2024 Republican presidential nomination, although he hasn’t formally announced he would make a bid for the White House. However, former President Donald Trump has hinted that he may run again. 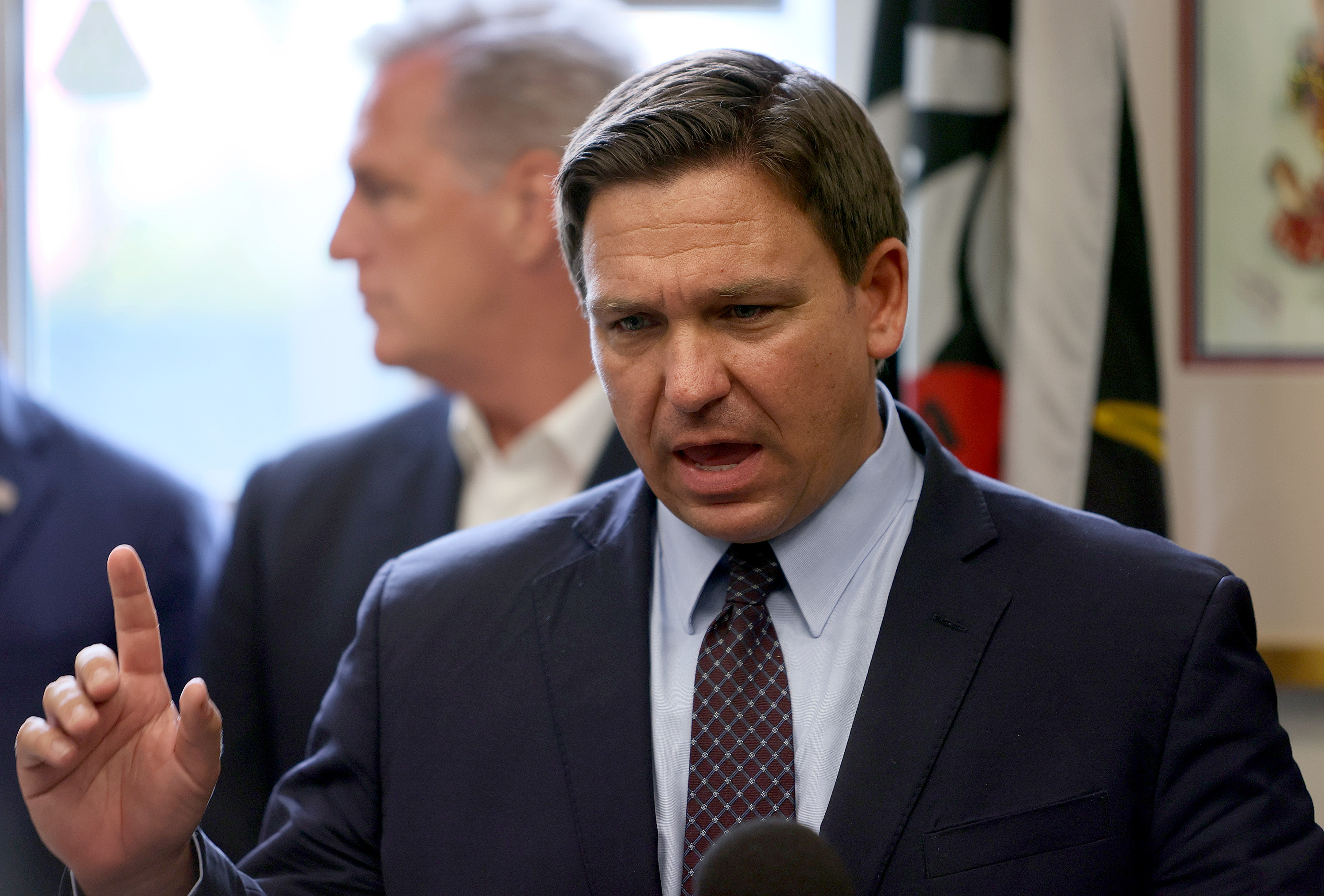