by emmanuel okogba
in Africa News
Reading Time: 4 mins read
A A
464
SHARES
1.8k
VIEWS
Share on FacebookShare on Twitter

By Ayinde AlabaAfrican nations often turn to the Northern Hemisphere for lessons on how to erect a society with citizens enjoying prosperity, ruled by a responsive and responsible government and relishing the respect of its neighbours and the global community.

It is assumed that some ‘magic’ tool was applied by these nations to attain that enviable level; that some genii, as in an Arabian tale, were released from a bottle to mystically grant the ‘prosperity wishes’ of the leaders of those nations.

But when then US President Barack Obama visited Ghana in 2009, he gave a speech that debunked that myth. He told the Ghanaian parliament that the key to the economic success of nations is less emphasis on personalities and concentration on what he called ‘’stronger government” to decide ‘’the future of the people”. Obama then dropped the kernel: “Africa doesn’t need strong men, it needs strong institutions.”

Simply put, a nation would automatically thrive and survive the challenges of modern statehood if it fortifies the levers of administration (political, social, economic, legal, etc., institutions) and disallows powerful figures from dominating and influencing them.

In Nigeria unfortunately, we have marginalised our institutions and permitted men to operate with impunity. Naturally, this has impeded the dynamics of growth and development that create the ambience of prosperity. Nowhere is this gravely noticeable as in one of the underbellies of the governance system, namely: the National Intelligence Agency, NIA, a Federal Government body tasked with overseeing foreign intelligence and counterintelligence activities.

The organisation was established in 1986 during a time of global upheavals to protect the interests of the world’s most populous Black nation. With our vast wealth manifesting in enormous land, minerals, people, culture etc., we would be easy prey to outside marauders seeking ‘spheres of influence’ to control and exploit if we neglected intelligence feelers from around the world.

There was a need to protect our nation by preempting potential enemies via covert operations. It is what similar agencies have done for their nations over the years.

The NIA is, therefore, one of such institutions that ought to be nurtured along the lines proposed by Obama for the sustenance of our society. We need to strengthen it to become a powerful organisation, free from the whims and caprices of individuals, serving or retired, and populated only by persons of impeccable character and conduct,

deeply patriotic and fully committed to the best interests of the nation and fiercely protective of the nation and the vital institutions whose reason for existence is to serve and protect the nation. Such persons must under all circumstances uphold their oath of allegiance in the service of the fatherland.

ALSO READ: 2021 budget: Reps to ensure adequate funding of youth activities via ministryWhich is why it is curious and disturbing to observe recent happenings in the nation where the affairs of the agency are laid bare in a court case brought by someone who had operated at the very top of the agency.

According to press reports, the former top official was separated from the agency allegedly for a long list of conducts that seriously contravened official rules. In an unprecedented turn of events, he filed a case in court which promptly ruled that he should be taken back by the agency.

We are not concerned about the fine points of the case here as that may well continue to be at issue in higher courts. What should worry us here is how institutions of state are being degraded by the same people who were charged to protect them and defend the nation.

We must recognise that only strict parametric guidelines would be required to run crucial agencies of state. Similarly, only larger national interests that are transcendental in nature, and nullifying individual or private interests represented by state or non-state actors, should apply in such instances.

Indeed concerns for the preservation of the soul of the state and its citizens which enduring state institutions are saddled with pursuing, become of   paramount importance here.

Whatever the final outcome of the appeal filed by government on the instant case, the litigation in question has already imposed a regrettable moral breach on the sacrosanct grounds of Nigeria’s sensitive institutions, such as NIA.Those charged with protecting us must be so patriotic that there is no room for personal interest or agenda.

If Nigeria is to be fully functional, our officials must cultivate the universal ethos that govern practices in societies that make progress. It is distressing that those who had sworn to the oath of secrecy and allegiance to the nation and were kept in office through the sweat of the taxpayers, were the same officials who seem not to understand the demands of the offices they occupied.

The judiciary too, must never become accessories to acts that degrade our vital institutions and undermine our national interest. They are expected to be discreet in handling delicate issues touching on the security of the country. No gagging of the judiciary is suggested here.

Nor am I calling for the suppression of the individual’s right to litigate if there are legitimate threats to their freedom. But in pursuing such options, the overarching interests of the nation and its people which they swore to uphold, must not be endangered.

In the long run, the ball should be in the court of those who recruit the men and women into the vital agencies of the state, like NIA. They must have an eye for those who believe in arming institutions for the service of the country and its people. They must not be persons who would want to castrate their institutions. They must not become monsters the society can no longer control or discipline when they err.

In this regard, there may also be a need to deliberately inculcate in such people, the universal ethos that govern such institutions. Those who cannot fit in, must not be given positions of authority. It is strong and ingenious institutions that drive today’s global economies, not self-centered individuals who prevent the society from functioning at full throttle. 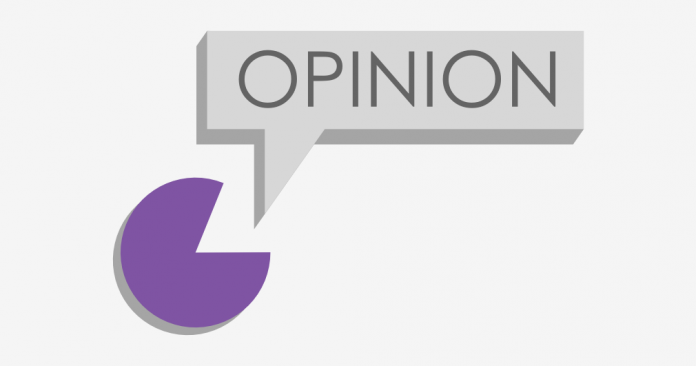