by larisa roberie
in Africa News
Reading Time: 4 mins read
A A
464
SHARES
1.8k
VIEWS
Share on FacebookShare on Twitter

A woman in India receiving a dose of the covid-19 vaccine. (File photo/Reuters)

But vaccine access issues and gender inequality reach far beyond Africa, with women in impoverished communities worldwide facing obstacles including cultural prejudices, lack of technology, and vaccine prioritisation lists that didn’t include them. And while global data by gender in vaccine distribution is lacking in many places, officials agree that women are clearly being left behind men in some places, and that the issue must be addressed for the world to move past the pandemic.

“If women do not get vaccinated at the same rates as men, they will become even more marginalised,” said Clare Wenham, an associate professor of global health policy at the London School of Economics. “This will just be one more instance where they are excluded from society. Whether women had early access to vaccines was often determined by how countries gave out their first doses.”

Sarah Hawkes, who runs a global tracker of coronavirus information by sex at University College London, noted that Pakistan and other countries prioritized groups such as the military and migrant workers, likely contributing to continued gender gaps. In deeply conservative and impoverished parts of India and Timor-Leste, women have received only about 35% of vaccines, according to early figures collected by governments and non-governmental groups.

“In Lebanon, as in much of the Middle East, women were initially shielded from COVID-19 because they were more likely to follow social distancing guidelines,” said Dr. Sasha Fahme, a women’s health researcher at the American University in Beirut. “But as the transmission patterns changed over time, we saw that because women are disproportionately tasked with domestic housework and acting as caregivers for sick relatives, their viral exposure increased tremendously,” Fahme said.

She also noted that women were less likely to have reliable vaccine information because of lower literacy levels. Naima Sadaka, a 36-year-old mother of three in the southern Lebanese city of Sidon, said she did not consider getting immunized because she believed there were scientific disputes about the vaccines. Numerous studies have proved all COVID-19 shots authorized by the U.S. and Europe dramatically cut the risk of hospitalization and death. “I heard many doctors say the vaccine is unsafe in the long-term,” Sadaka said.

“Since there are disagreements among the people of science over it, so, better without it. In Bangladesh, an initial reliance on technology to get inoculated may have put women at a disadvantage in early stages. Government-reported data from mid-September show that while 8 million men had received their second dose of a COVID-19 vaccine, only 6 million women had. Figures from the previous month showed women were getting about 38% of coronavirus shots.

Ramesh Singh, Bangladesh director for the charity CARE, said he was initially baffled by the gender gap. But after working on COVID-19 measures in some of the country’s clothing factories, Singh noticed that most of the workers were women. “The garment industry has been open all this time throughout the pandemic,” he said. “That would seem to put women at higher risk because they’re exposed, but they were not getting enough protection.”

Singh also said that when Bangladesh began vaccination efforts, registration was mainly through a mobile app, ruling out many women who don’t own cellphones. Although registration has now been expanded beyond the app, some women from rural areas still face bureaucratic hurdles.

Aktara Begum, 22, from a northern district of Bangladesh, has been living in Dhaka with her husband since getting married but does not have the required documents to register for immunization. “To collect my papers, we must go to my village,” she said. “But my husband is unemployed, we can’t go home now. I am not sure if I can get my papers and get vaccinated.”

Officials predict that evening out the gender gap in poor countries may hinge on a key group: female health care workers, who make up 70% of the global health workforce.

Previous surveys have shown women tend to be more skeptical of vaccines than men worldwide, with health care workers are proving no exception. Chioma Nwakanma, a reproductive and sexual health doctor who works in Lagos, Nigeria’s largest city, said she has been frustrated to hear nurses downplay the importance of vaccines. “There is a premium on having children here, so if there is any doubt about the vaccine’s effect on fertility, women just think it’s not worth it to take even a small risk,” Nwakanma said. “And if female health workers are not confident in the vaccine, then why would the women take it?” 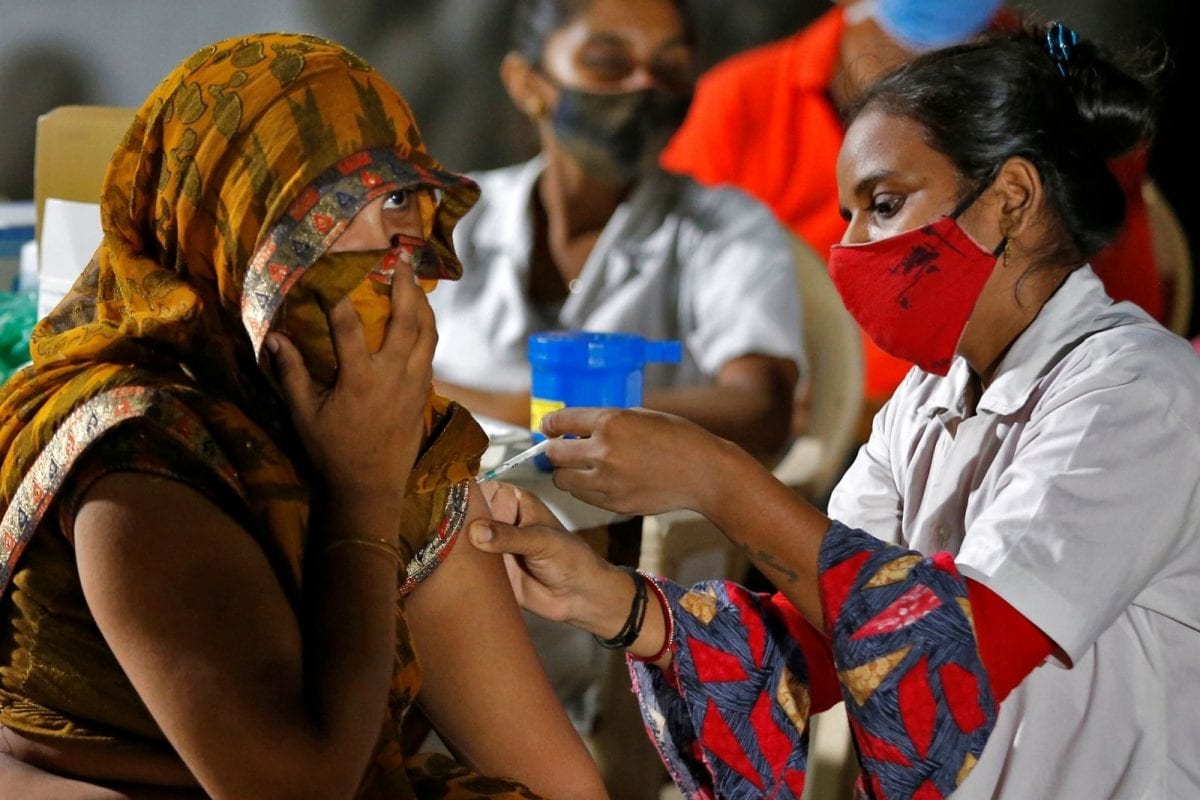